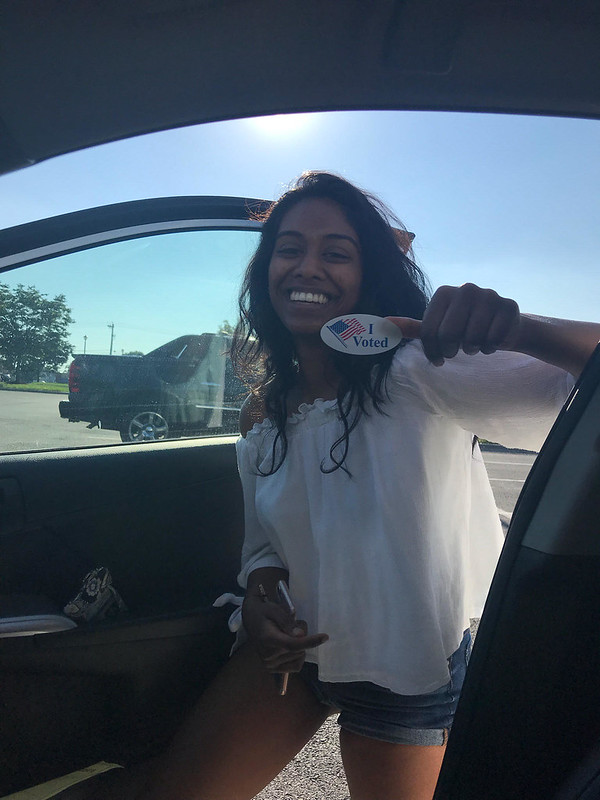 
After nearly a year and a half of whining and complaining about how my late birthday never allowed me the chance to vote (and obtain that coveted “I Voted” sticker), I found myself, seven hours before polls opened in Delaware, frantically looking up primary candidates in a desperate attempt to get a crash course on Delaware politics.

This wasn’t the place that I envisioned myself in weeks before, when I first made plans to vote in the Delaware primary. Like most people, I planned on being an informed voter and doing extensive research on each candidate; also like most people, my busy schedule and chronic laziness prevented me from actually taking the initiative to educate myself. The night before Election Day, the realization that I would soon vote kicked in, and so I abandoned all my readings to scour candidate websites for their views on pertinent issues.

I viewed voting for Kerri Harris for our Senate seat as one of my most important decisions. Throughout my life, I had consistently maintained that when I was finally allowed to vote, women’s rights would be one of the deciding factors in my choice of candidate. I was especially impressed with Harris’s dedication to abortion rights.

To my surprise, many of my friends from my town — Middletown, Del., — had chosen to not go back and vote. Usually, their reasons had less to do with the thirty-minute drive south or missing classes, but rather with their lack of interest in Delaware politics.

“Delaware’s so small that it really doesn’t matter,” one of my friends told me. “I don’t even know who’s running.”

To this, I would say that state representation is important. Many of my Delawarean friends and acquaintances are unhappy with the current political climate. Though the federal government holds power over many important issues, a large portion of the issues that affect us are decided at the state level: environmental protection, education and public works.

Additionally, the people that are elected to these positions represent the state in the face of the federal government, where they can have a say on national and global issues. Even the opinions of a small state like Delaware can influence national legislation.

That Thursday, I somehow convinced my younger sister to drive thirty minutes north to the university campus, and then back south again to our local library, my polling place.

In the library’s recreational room, two nondescript polling booths had been set up side by side along with a grey plastic table; overall, the room was much more underwhelming than I expected. I cast my vote — the experience was less life-changing than I imagined — and I almost regretted waiting until the last minute to research candidates, as there were several positions I hadn’t bothered looking up (Sheriff being one of them).

“Good luck to you,” the man outside of the polling booth said, smiling at me, probably because I reeked of naivety and being a first-time voter.

And of course, perhaps most importantly, I got an “I Voted” sticker.