Setmayer, the former Republican Party communications director on Capitol Hill and host of “Honestly Speaking with Tara Setmayer,” spoke on special counsel Robert Mueller’s report, Trump’s foreign policy affiliations, as well as the recent impeachment inquiry. Professor Lindsay Hoffman, the moderator of the discussion, began the night’s event with a clip of Setmayer on ABC News during the 2018 midterm election night, when the Democratic Party was able to seize control of the House of Representatives.

“You have to understand that when you take over the Congress, the chairman of these committees have the ability to subpoena whatever information that they want,” Setmayer said during the clip.

On Sept. 24, Nancy Pelosi, the speaker of the House, announced that six committees would open formal impeachment inquiries in response to a whistleblower report. The report stated that Trump was collaborating with Ukrainian President Volodymyr Zelensky to investigate presidential opponent Joe Biden and his son, Hunter Biden.

“I think it was inevitable, given this president’s behavior, there was no way that Democrats were going to allow him to get away with it for too long,” Setmayer said in response to the clip of her making the accurate prediction.

“You had a lot of rabble-rousers,” Setmayer said. “You know, the new freshmen that came in and kinda wanted to just go full steam ahead and impeach Donald Trump the next day. And she was like ‘Wait, hold on, hold on, hold on.’ She was at least very methodical about the decision. Obviously, a lot of people were hanging their hats on the Mueller Report.”

The “Report on the Investigation into Russian Interference in the 2016 Presidential Election” was a report given by Special Counsel Robert Mueller and therefore commonly known as the “Mueller Report.” Vol. 1 of the report indicated President Trump’s campaign’s interactions with the Russian government to receive assistance during the 2016 election, while Vol. 2 discussed interactions with the former head of the Federal Bureau of Investigation, James Comey.

“Volume Two is all about obstruction and Trump’s behavior in the White House and trying to stop, shut down the investigation,” Setmayer said. “Volume One is horrifying. It reads like a spy novel. And when you really see the detail that goes into the Russians’ operation, attacking our elections, and you see how open Trump was to receiving that help. It’s quite alarming and unacceptable.”

On Sept. 28. Trump tweeted that “people like Nadler, Schiff, AOC Plus 3 and many more” are “Do Nothing Democrat Savages.”

Patrick Temple, a junior geological sciences major, discussed what he was most surprised to hear during the talk.

“I think the fact that everything she was talking about was about educating yourself, particularly about the Mueller Report,” Temple said. “Really take your time to read through it because there’s so many subtleties of the report that you don’t get while reading the summaries.”

Setmayer would go on to discuss this tweet during the talk, as well as Trump’s treatment of elected officials, particularly women of color, in comparison to other world leaders.

“I mean, Donald Trump literally has a bromance going on with Vladimir Putin and Kim Jong-un,” Setmayer said. “It’s like he wants to have a ménage [à trois] with them. Like what is going on. The beautiful letter. ‘We’re in love.’ Putin, he fawns over him. I mean, good lord. They’re murderous dictators. They’re our sworn enemies. They kill their own people.” 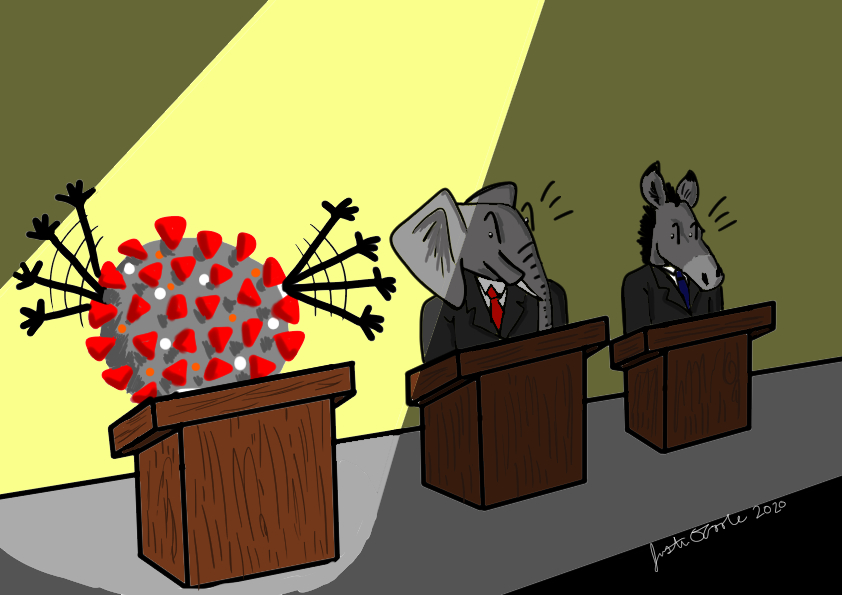 The 2020 Delaware Debates concluded on Wednesday night with the House of Representatives debate between Lisa Blunt Rochester and Lee Murphy. 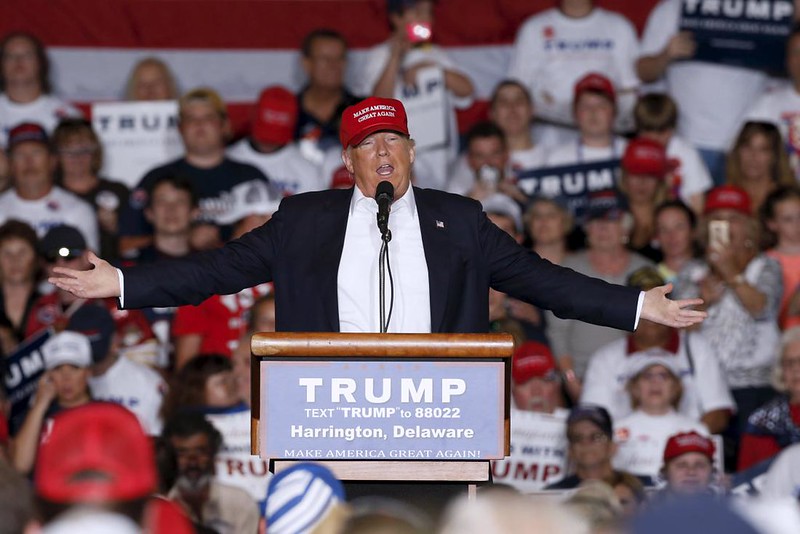