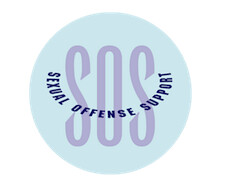 Stock Photo
For the first time in 40 years, the university’s hotline for Sexual Offense Support (S.O.S.) has changed and will be included in the scope of services provided by the 24/7 hotline number.

BY WILL KEBBE
Associate News Editor

Charles Beale, director of the Center for Counseling and Student Development, calls himself the eternal optimist. His office, in concordance with the Office of Student Wellness and Health Promotion, the Dean of Students office, Student Health Services and the entire Division of Student Life, are embarking on a new initiative: To increase the number of services students can receive for their mental and emotional health.

The new UD Helpline number, which serves as a resource for students, recently integrated existing services for victims of sexual assault. For the first time in 40 years, the university’s hotline for Sexual Offense Support (S.O.S.) has changed and will be included in the scope of services provided by the 24/7 hotline number.

The hotline number will also include services that will assist students that are feeling overwhelmed, distressed or in need of a mental health professional. Its purpose is to provide immediate and direct counseling services to students at any time of day or night.

Beale said his office estimates they will see about 9.5 percent of the student body come in to walk-in hours and receive treatment each year; a figure that Beale believes is “pretty good.” But he said that while this statistic pleases him, many students remain unaware of the services available for them.

“My hope is that this service will be an extension of the counseling center,” Beale said. “We are always going to encourage students to come in here between 8 a.m. and 5 p.m., but if for some reason the student does not want to, they can access those services.”

On a national level, according to the World Health Organization (WHO), women are more likely than men to seek mental health care from their primary physician. On campus, Beale said the percentage of women seeking help compared to men is 68 percent to 32 percent.

“I think that’s just not an accident,” Beale said. “I would like to see that change because I believe men and women have the same exposure to the kind of things that create anxiety.”

In Sept. 2015, the Rape, Abuse, & Incest National Network (RAINN) released statistics that describe the climate of sexual and gender based violence on campus, and how both male and female students are affected. The myriad of statistics display a sad reality on college campuses.

According to the statistics, college-aged women (18-24) are three times more likely than the general women population to experience sexual violence. During their time on a college campus, 23.1 percent of females and 5.4 percent of males will experience rape or sexual assault, whether it be through physical force, violence or incapacitation.

With this new number and its involvement with S.O.S., junior Harry Lewis is excited that the victims of sexual assault or gender-based violence will have access to more resources through the hotline’s incorporation of other counseling services.

“I think this number gives people confidence that they are truly anonymous, and I’m fortunate to be on a campus that values the victim’s voice,” he said.

It was just last spring that Lewis and classmate Sage Carson were onstage with Lady Gaga at the Oscars, surrounding her as she sang her song “Til It Happens To You” from the documentary “The Hunting Ground,” which investigated rape culture on college campuses.

Brought to the attention of millions with Lady Gaga’s performance, as well as the proliferated coverage of the Stanford rape victim’s letter, sexual assault on college campuses is a hot button topic, shifting toward the story of the survivor, Lewis said.

The new, inclusive number is a small step on a single university campus, but Lewis is proud to be on a campus that values this cause so much.

“It’s just another vote of confidence that so many people in the university community take sexual assault seriously,” he said. “That they would set aside their own phone number says so much. It says so much about the power of the people who work with S.O.S., that they were so influential to people’s lives.”