Using the word “conservative” to describe oneself has a strange connotation on a college campus in 2019. Almost every non-STEM college course features professors that inundate their students with lectures on the virtues of leftism while bashing any pretense of a student holding views heterodox to the hegemonic academic worldview. Every news outlet will lambast conservative politicians and softball liberal ones. Every celebrity will spew politically correct talking points. Every social media site promotes progressive policies while simultaneously shadow-banning or outright banning vaguely right-of-center perspectives.

The left’s complete dominance of American culture has alienated the right-leaning third of the country, exhausted a moderate middle and given the liberal third a smug sense of unaccountable self-righteousness.

This alienation fed into the rise of President Donald Trump, a living, breathing middle finger aimed directly at academia. It is astounding that anyone trusts the mainstream media after the wildly inaccurate reporting on the Covington students, the ongoing Jussie Smollett scandal and the bombshell Barr report that confirmed how much of a nothingburger the Trump-Russia collusion narrative really was.

All throughout this time, the media has slammed Republicans as fascist bigots while ignoring Barack Obama’s pitiful treatment of illegal immigrants at the border. A combined sense of alienation in their own country has molded a populist and fiercely aggressive conservative movement with Trump at the helm and “Make America Great Again” as its slogan.

Trump may tweet like a buffoon but he has mitigated a steady stream of effective conservative policies. From his historic tax-reform bill to putting two Supreme Court justices on the bench to starting construction on the border wall, Trump has slowly fulfilled his campaign promises and revitalized the conservative movement.

For too long, the conservative virtue of rational humility has been cast aside in favor of liberal elitism. Transcendent values have been devalued and reduced to their most basic animalistic impulses. Born this way has been used to absolve individuals of all of their responsibilities and enable hedonistic nihilism. The social institutions that once bound people together are either dying or being crowded out by government institutions.

The most informed central planner cannot design a better healthcare system than the collective intelligence of a free healthcare market of voluntary actors. All human life has innate value, which is why Republicans are mortified by late-term abortions. Organized religions are important because they tell people that although individuals are small, they have a meaningful place their community. Borders matter because drugs that harm citizens should not be allowed into the country and neither should individuals that wish to do harm.

While the right unifies behind common values and institutions, the left has become more divided than ever. While the left uniformly denounces President Trump, there has been a rift in the Democratic Party. The 2016 election revealed an ideological schism between Hillary Clinton’s older establishment supporters and Bernie Sanders’ (I-Vt.) younger progressive supporters.

The burgeoning anti-establishment wing of the Democratic Party has been a blessing to President Trump. Trump encourages the left to announce more proposals like Alexandria Ocasio-Cortez’s (D-N.Y.) Green New Deal (GND). There is a problem when most DNC presidential candidates will endorse the radical GND, but zero senators will affirmatively vote for the non-binding resolution.

Meanwhile, Trump’s Democratic presidential adversaries have proven themselves to be complete jokes to conservatives. Elizabeth Warren (D-Mass.) will never recover from her Native American heritage scandal. Beto O’Rourke’s only political accomplishments have been losing to Ted Cruz (R-Texas) and assisting his father in gentrifying El Paso. Kamala Harris (D-Calif.) will brag about smoking weed in college while previously locking up nonviolent drug offenders as California’s former attorney general. Joe Biden was rumored to have made women uncomfortable and now his questionable past has come to haunt him.

Although conservative college students may not be able to voice their glee at the present political scene, we enjoy Trump’s presidential tenure as he puts forth conservative policy and dumbfounds his enemies. Trump may not be perfect when it comes to policy as you will find plenty of conservatives who disagree with his trade or foreign policy. Nonetheless, Donald Trump has advanced conservative policy priorities to the joy of young conservatives. While the left is united on only one thing, opposition to Trump, the right, in some form or another, consolidates and thrives in Trump’s America.

Alex Closs is a junior civil engineering student at the university. Alex is also the president of Young Americans for Liberty and vice president of the College Republicans. He can be reached at apcloss@udel.edu. 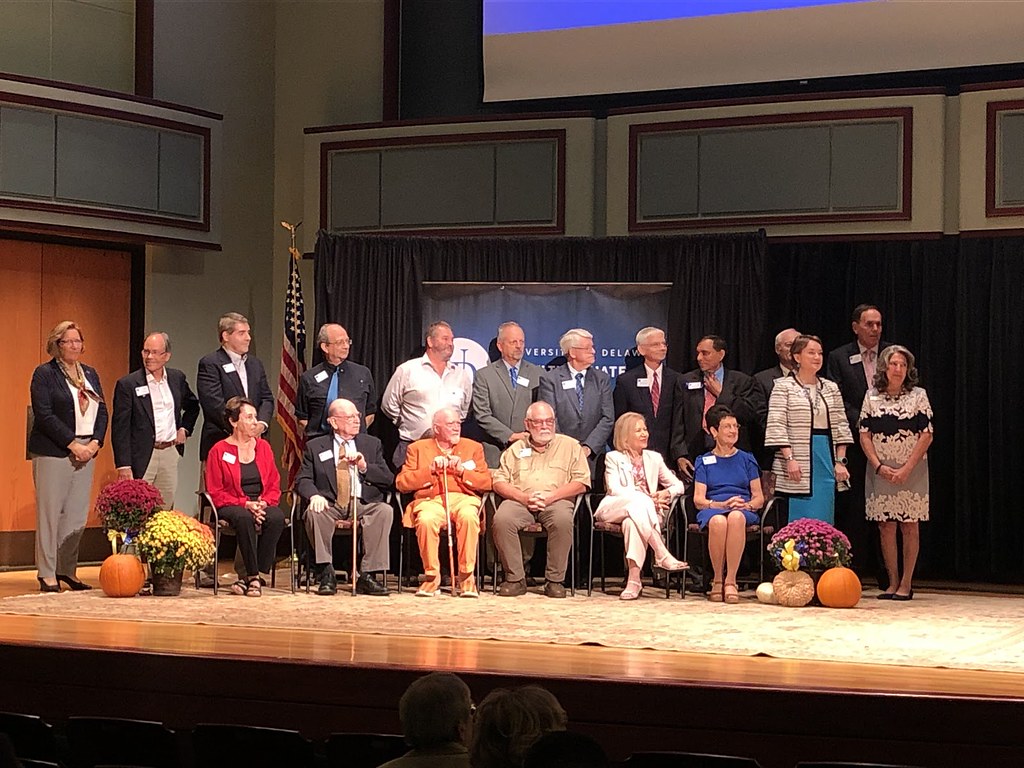