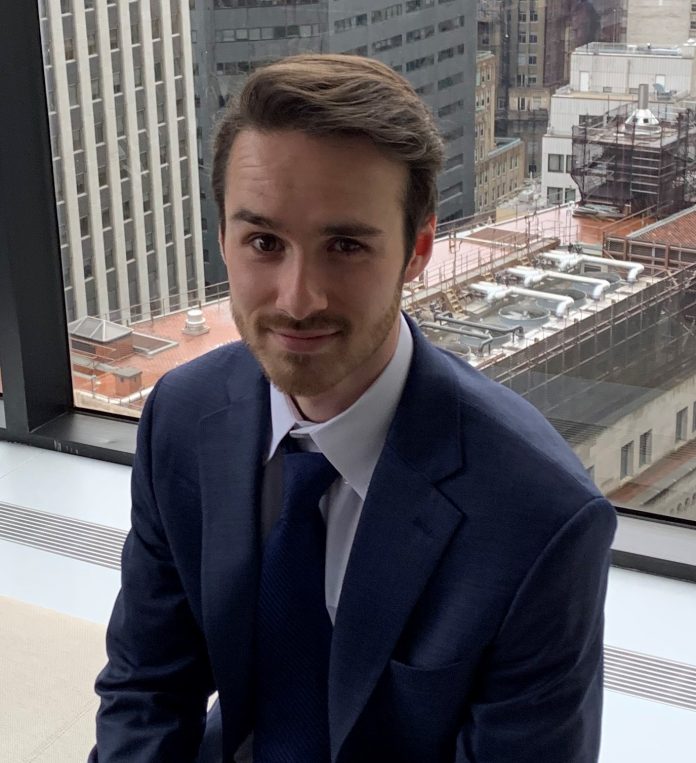 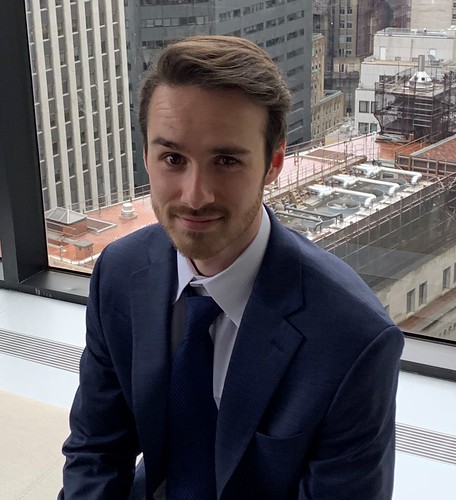 Photo taken by Ashley Logue
“Lots of us find ourselves sacrificing our values every four years to vote for someone we don’t truly believe in just because they actually have the resources to win,” Cassidy says.

I told many friends that I would likely write-in my favorite candidate from the Democratic primaries. But they wouldn’t leave me alone about how I’d be “wasting my vote” or “ignoring those less privileged” than myself. As annoying as they were about this, I agreed that they had a point.

When Nov. 3 came, I got up, dressed warm, walked across the street and spent an hour in line before voting for Joe Biden because he was the less harmful of the two candidates. While I’m relieved by the outcome, I realize that Americans should have more viable options in general elections going forward.

Our country is too diverse to be properly represented by only two major parties. Still, lots of us find ourselves sacrificing our values every four years to vote for someone we don’t truly believe in just because they actually have the resources to win.

No third-party candidate has ever won a presidential election, and the last to gain any electoral votes was Alabama Gov. George C. Wallace in 1968. Perhaps the biggest contribution of third parties is that they show the flaws in our electoral system.

When we think of elections, we imagine maps of the U.S. on our TVs filling up with red and blue. We see Democrats and Republicans competing with each other to win a majority of the country’s support. But our winner-take-all system, where candidates who simply get the most votes win, includes third parties. This is just one of many options for how to vote and as long as we stick to it, one of the two major candidates in an election could win with less than 50% of the popular vote, which happened with President Trump in 2016, George W. Bush in 2000 and both of Bill Clinton’s victories.

When elections are won with a minority, it leads many to feel like their voices are being ignored. The average turn-out in each presidential election hovers around 50% of the voting-age population, meaning over 100 million eligible voters don’t participate in our democracy. This is probably because Election Day isn’t treated as a holiday, and people have to work. But the lack of representation as it stands doesn’t improve their motivation either.

After two occasions in the last 20 years where the loser of the popular vote won the election (Trump and Bush), there’s a lot of support among people my age for abolishing the Electoral College. But I think a more helpful and multi partisan idea would be to implement ranked-choice voting (RCV) nationwide.

Also referred to as “instant-runoff voting,” RCV is a system where voters rank each candidate by order of preference. For example, if there was a Republican, Democrat, Libertarian, Green and Independent on the ballot in your state, you would rank all five from your favorite candidate down to your least favorite. If a candidate receives a majority of first-preference votes (>50%), then that person wins the state.

On the flipside, if no candidate reaches that majority threshold once all ballots are counted, then whoever earned the lowest amount of first-preference votes is eliminated, and that candidate’s supporters will have their second-preference tallied in the next round of ballot counting. This elimination process would repeat until one of the remaining candidates reaches a majority in that state.

Multiple cities already use RCV for local elections, and four states used it for the 2020 Democratic primaries. Maine, the only one to use it in statewide elections for state and congressional offices, became the first to do so for a general presidential election this year.

In exciting news, Alaskans voted “yes” on a referendum to implement RCV in their state. Unfortunately, a similar initiative failed in Massachusetts. While one out of two isn’t so bad, this outcome really surprised me considering how many big names in the Bay State supported the measure, from Democrats such as Sen. Elizabeth Warren, Sen. Ed Markey, Rep. Joe Kennedy III and former Gov. Deval Patrick to Republicans such as former Gov. Bill Weld.

I recently had the pleasure of speaking about this issue with another Massachusetts politician: 2016 Green Party Presidential Candidate Dr. Jill Stein, a longtime advocate for RCV. 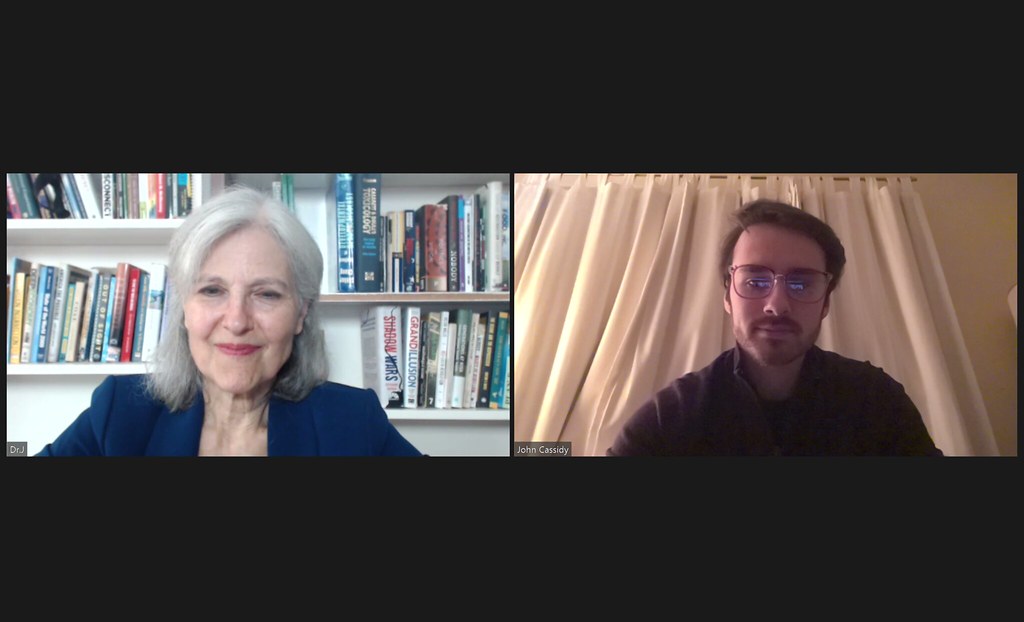 John Cassidy/THE
REVIEW
“If you’re going to change people’s lifelong habits, person-to-person contact is really important, and they couldn’t do that this time around with a pandemic,” Stein says.

When I asked her why the measure might have failed in her state, despite all the endorsements and funding in its favor, she suggested that COVID-19 hurt its momentum.

“If you’re going to change people’s lifelong habits, person-to-person contact is really important, and they couldn’t do that this time around with a pandemic,” Stein says. “Part of that may just be that it takes more voter education than you can do statewide in a single election.”

Her reassuring answer included the fact that RCV activists in Maine would do hands-on demonstrations, including drinking games, to personally show how it works.

RCV is popular where it’s used because it gives voters more of a say in who represents them. Even if their favorite candidates get annihilated, the results are still more likely to cater to their preferences. But nationwide implementation of this system would have multiple positive effects on our democracy.

Our current winner-take-all system reinforces the two-party stranglehold on our state and federal governments because candidates who don’t share the values of either party usually have to run as a Democrat or Republican to have a chance at winning.

Of the 430 filled seats in the House of Representatives, only one member, Rep. Justin Amash, (L-Mich.), belongs to a third party. But he only switched to the Libertarian Party in April, and did not run for reelection this year. In the U.S. Senate, only Sen. Angus King, (I-Maine), and Sen. Bernie Sanders, (I-Vt.), stand outside the party paradigm.

RCV gives third parties a better chance at competing and makes it so that no vote is “wasted” on one of their candidates. Voters don’t have to pick the lesser of two evils since more competition encourages them to choose policy over party.

Candidates in RCV elections are less likely to attack their opponents because it’s more important that they show their own qualifications. This might be a shock to most people since we’re so used to being told which candidates are Nazis, Communists, dementia patients, lizard people, etc. It even encourages candidates with similar views to team up, as showcased in this 2018 advertisement featuring two Maine gubernatorial candidates.

A possible long-term effect of implementing RCV would be that it makes gerrymandering harder. A number Democrat- and Republican-run state governments redraw their district lines to help their party’s incumbents maintain electoral advantages. It’s unlikely that the practice becomes illegal since both parties enjoy it so much, but allowing people to vote by preference may decrease its effectiveness.

Of course, every movement has its opponents. Some, such as the Massachusetts GOP, have argued that RCV would be “too confusing.” Basically what that means is they think you’re stupid. They don’t believe you can think critically enough about the candidates running for office to know which come closest to representing your values.

“If you can’t get chocolate, what would your second choice be?” Stein says. “I think the proponents of this argument are just a little bit behind the eight ball.”

Even if you hated every other candidate besides your top choice and left every other slot blank, it’s not like the state would just throw away your ballot.

Opponents of RCV also argue that the winner-take-all system helped Abraham Lincoln get elected, as he only won about 40% of the vote. I won’t argue much with this point since Lincoln was a champ and a broken clock is right twice a day. However, this outcome and the fact that not a single southern state voted for him did contribute to the country’s polarization. Also, an example that isn’t 160 years old might be more effective if one really wants to argue against a good idea.

Another argument against it is that it would take too long to count each ballot, especially if they go through multiple rounds. I don’t think it would take any longer than it does already, as lots of states are still counting their remaining ballots. Also, patience is a virtue this country needs to learn.

Finally, some worry that the system would mostly benefit Democrats and progressives since their votes are the most split between each other. I don’t know; I’d bet Trump wishes he had RCV after seeing the amount of swing-state voters Libertarian candidate Jo Jorgensen took from him. I can also point to Sen. Susan Collins, (R-Maine), who retained her seat with a majority after one round of counting.

I think the arguments against RCV are weak and hope that people will see through them if the movement gains momentum in Delaware.

John Cassidy is the Opinion Editor for The Review. He is a senior communication major, journalism minor, history minor and teaching assistant for ENGL 308: Reporter’s Practicum. His opinions are his own and do not reflect the majority views of The Review’s editorial staff. He may be reached at jjcass@udel.edu.

Joe Edelen, Patrick LaPorte, and Konner Metz of The Review preview the season opener, as well as how the Blue Hens roster stacks up as they prepare to return to game action for the first time since 2019.
Read more
Arts and Entertainment

Seeing as the second film didn’t quite live up to what I had hoped, I was apprehensive with whether the third one would continue the decline or if it would be an improvement.
Read more