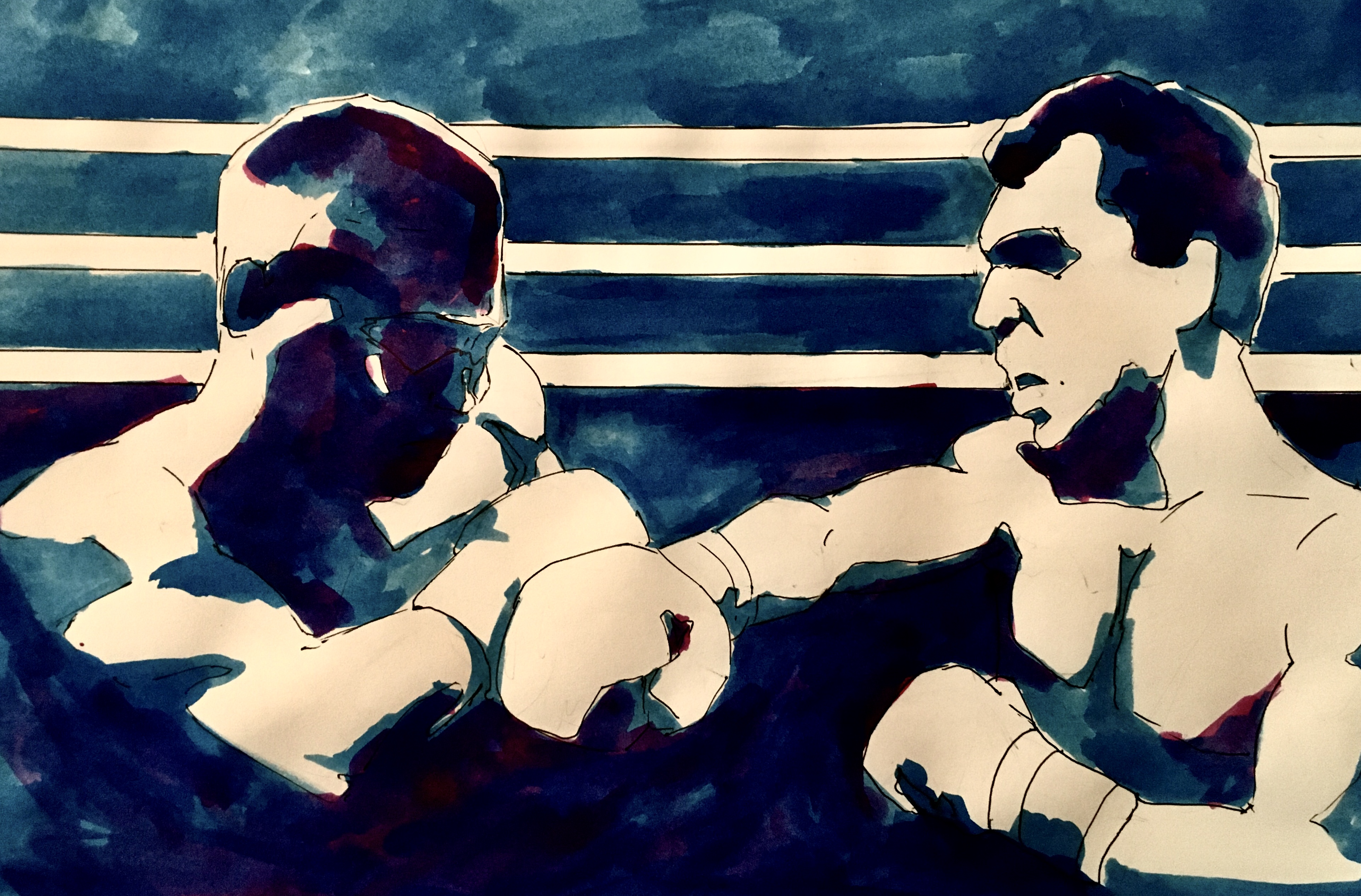 Sam Ford /THE REVIEW
Boxing, which was once one of the, if not the, most popular sport in America has seen a decline in popularity over the years.

On Nov. 28, the sports world saw a dream bout between two of the greatest fighters of all time as “Iron” Mike Tyson took on Roy Jones Jr. — however, the main event fight wasn’t even the biggest story of the night.

The headline of the night happened to be from the undercard fight between entertainer Jake Paul and former National Basketball Association (NBA) point guard Nate Robinson. The result of the bout quickly went viral, as Paul knocked out the former Slam Dunk champion Robinson.

This event ranks in the top ten of the most sold PPV events in combat sports history, and the numbers rank among events such as Nate Diaz vs Conor McGregor II, Brock Lesnar vs Frank Mir II and the first bout between Tyson and Evander Holyfield.

When it comes to boxing, current heavyweight championship contenders like Deontay Wilder, Tyson Fury and Anthony Joshua seem to be the fighters that common sports fans seek out. Their flashy personalities paired with their mainstream stardom and obvious talent in the ring seem to be what draws common sports fans to the aforementioned fighters when they have a bout.

Throughout history, there is often a single fighter or two that stands out to the mainstream crowd, whether it is in boxing or the UFC. The mainstream crowd tends to tune into fights more when there are big names fighting as opposed to when lesser known stars are fighting.

This provides a reason as to why fighters like Spence Jr, Crawford, Lomachenko or Golovkin are not as popular as fighters like Fury, Wilder, Joshua or even McGregor.

This also can be attributed to the decline in viewership for the sport of boxing, which was once one of the, if not the, most popular sport in America. Many factors play into this, for instance, the increased viewership in other sports or even the rise of the UFC.

Since the glory days of Tyson, boxing has not quite reached the heights it once did. Nobody in boxing has become the draw that Tyson once was (and evidently still is), not even Mayweather.

This new trend of celebrity “exhibitions” may change the sport of boxing forever. And whether welcomed or not, it certainly brings new eyeballs to the sport.

Much of the success of the Tyson/Jones Jr. event has to be credited to Paul, whose relatively young fanbase would purchase anything he sold.

Earlier this year, Paul began his boxing career by taking on fellow YouTuber, AnEsonGib. The bout was much quicker than the Robinson fight, with Paul knocking out AnEsonGib in the very first round.

Paul and his brother have turned to the sport of boxing after becoming men in the entertainment industry. Logan recently agreed to an exhibition fight against Mayweather in 2021, and it is expected to shatter the boxing PPV record.

The 2015 super fight between Mayweather and Pacquiao was dubbed as “The Fight of the Century”; however, its high expectations were hard to meet. The fight didn’t quite live up to the expectations of the public, as the anticipated slugfest quickly became a meticulous defensive matchup between the two, with Mayweather coming out on top.

The matchup between Mayweather and Paul comes off as an obvious money grab, but with the success of the Tyson/Jones Jr. event, it’s definitely worth it for both the promoters and for the fighters as far as the money goes. The booking of the Mayweather/Paul event is not that surprising in retrospect, and it seems like a win-win situation for “Money” Mayweather.

Around the boxing world, the influx of celebrity matchups is being received primarily in two different ways.

Some love what the celebrity matchups do for the sport, as it attracts new fans, redistributes the wealth to the fighters and is making boxing popular again.

Others believe that the celebrity matchups tarnish the integrity of the sport, as well as block opportunities for up-and-coming fighters for the sole purpose of profit.

However, the sport of boxing thrives off of these big money matchups, whether celebrities are involved or not. If the clearly talented and trained Paul brothers bring in more viewers and more money for the sport, then it will be hard to argue that matchups like these are anything but beneficial.

If the Paul brothers are tarnishing the sport, then how would one characterize the 54-year-old Tyson’s matchup against the 51-year-old Jones Jr?

Though Tyson and Jones Jr. are legendary fighters in their own right, they are out of their prime and not as sharp as they once were. That is not a knock on either fighter, but how can one criticize what the Paul brothers are doing for the sport and not acknowledge the bouts between older fighters who are making comebacks in their careers?

Boxing has changed and will continue to change for better or for worse, and the recent booking of unique bouts like Mayweather/Paul and Tyson/Jones Jr. will change boxing both as a sport and as a business forever.

Joseph Edelen is a senior sports reporter for The Review. His opinions are his own and do not represent the majority of The Review’s editorial staff. He may be reached at jmedelen@udel.edu.