Creative Commons W
In the Class of 1941 Room adjacent to the Morris Library entrance, faculty and students gathered to listen to a lecture provided by Silvina Frydlewsky, a photojournalist from Argentina who documented feminist movements across Latin America.

In the Class of 1941 Room adjacent to the Morris Library entrance, faculty and students gathered to listen to a lecture provided by Silvina Frydlewsky, a photojournalist from Argentina who documented feminist movements across Latin America. She came to the university last Monday to give a lecture titled, “#NiUnaMenos: Feminist Activism in Latin America.”

In her lecture, Frydlewsky utilized a series of photos and videos to showcase Latina feminism in South America and how it has been transmitted throughout the world.

“When you are a photojournalist, you are in the street, you are with them,” Frydlewsky said. “You need to be their eyes.”

The presentation started off by her addressing how more than 3,000 women were murdered for gender reasons in this region in 2018, according to the Gender Equality Observatory of Latin America and the Caribbean

“I think it was the numbers that were most shocking,” Christy Arango-Kautz, a Mexican-American student of the university, said.

During the presentation, Frydlewsky discussed a variety of complex issues surrounding feminism and women’s rights within Argentina.

#NiUnaMenos is a femenist slogan introduced by Argenintian protestors. It translates to “not one [woman] less.”

Frydlewsky told the audience that in October 2016, women in Argentina marched en masse to protest against the rape and murder of 16-year-old Lucia Perez. There were mass controversies surrounding the legal decisions of Perez’s death since the accused did not receive a conviction for the crime. The courts ruled that there was no substantial evidence to convict them of the rape and murder.

“Until a few years ago, typically cases of women killed by men were considered crimes of passion,” Frydlewsky said.

In response, the women took to the streets with the militant cry “vivas nos queremos” which translates to “we want ourselves to be alive.”

Frydlewsky’s presentation showed videos of subsequent protests from Chilean feminist group called Las Tesis. They organized a multitude of women who were shown choreographing a dance while synchronizing chants that were denouncing the government for the multitude of crimes against women. The women were often depicted wearing blindfolds and green bandanas around their wrists. The presentation did not have a clear explanation for what the clothing signified but it opened the audience to discussion about the topic.

Arango-Kautz, who had studied abroad in Argentina, said that the bandanas are a popular symbol in Argentina because it is reminiscent of the mothers who would wear them to protest Argentina’s dictatorship that caused the disappearance of thousands of Argentinians.

“They would wear pañuelos, which are like diapers, because of their kids [who had disappeared] and so that [is kind of reminiscent of that],” Frydlewsky said. “But I don’t think [the #NiUnaMenos protesters] wear it on their heads out of respect to the mothers of the Plaza de Mayo [December 2001 riots] but they wear it on their wrist because it is a women’s movement that inspired others.”

The Chilean protests began to spread regionally in South America and eventually took root throughout the world. Frydlewsky showed similar videos of the protestors’ chants and dances being performed by women in Italy, the United States, Spain, India and many other countries.

Frydlewsky also discussed the issue of abortion within Argentina. According to her presentation, the voluntary termination of a pregnancy has been illegal in Argentina since 1886. The criminal code has not stopped women from receiving an abortion, however, as 500 million women have resorted to unsanctioned abortions performed in secret from the government. There have been many complications from these procedures because the illegality of abortions prevents adequete and safe resources being administered to the patients.

“Complications from unsafe abortions are one the main causes of maternal mortality in Argentina,” said Frydlewsky.

By the end of her presentation, Frydlewsky highlighted photos of Palestinian and Jewish women of Israel who joined together to protest for women’s rights. This was done to show how the struggle of women’s rights can unite people despite barriers of culture or language. Frydlewsky quoted Samah Salaime, a Palestinian-Israeli feminist, to exemplify this.

“We want people to understand that gender-based crimes have nothing to do with family honor, immigration, culture or religion,” Frydlewsky said.

When the presentation ended, the audience was allowed to engage in discussion with her. During her discussion with audience members, she wanted to remind them that the struggle against gender violence and femicides is not finished and that people still need to act.

“We need to go on,” Frydlewsky said. “We can not sit down and wait. Never finished.” 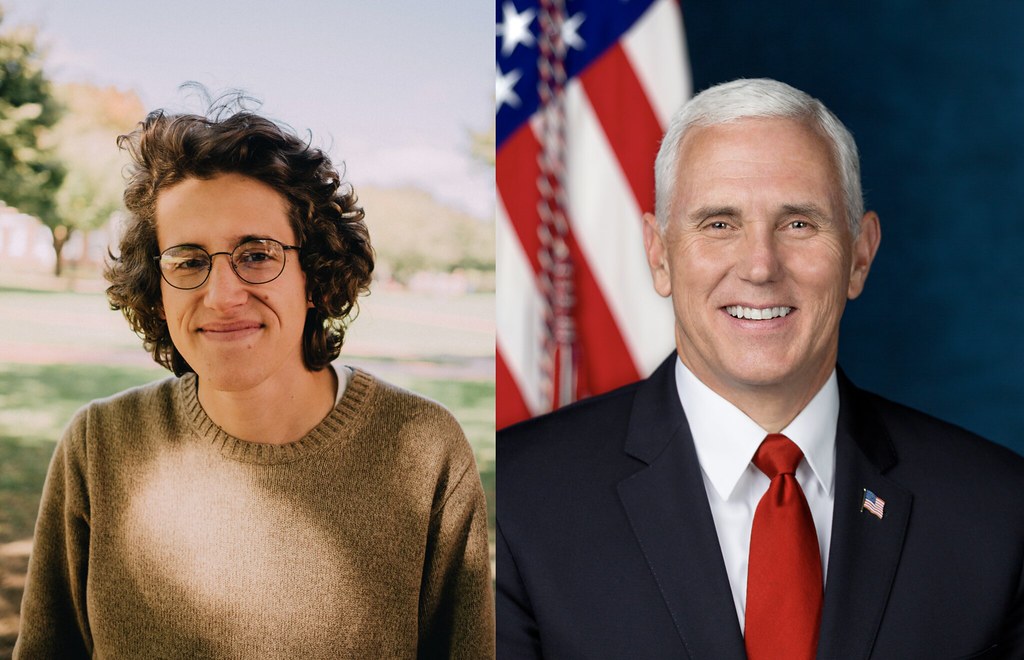