/THE REVIEW
Newark and university police arrested 100 individuals for underage drinking on Oct. 20.

Around 20 Newark police officers converged on a large party taking place during the day on Oct. 20 at a residence on East Park Place. There, they arrested 100 people, the majority of whom were university students, for underage drinking.

University of Delaware Police Department (UDPD) officers were also on site. Those arrested were identified and separated into two groups: individuals above the age of 21 and those below. Arrests made against anyone older than 21 years old were immediately voided. Those below the legal drinking age were identified and issued a summons to appear in court at a later date before being released.

Officers reportedly met little to no resistance and received the full cooperation of the party-goers. UDPD assisted with processing those without proper identification and referring arrested students to the university judicial system. They will likely be given disciplinary action or required to complete additional alcohol education.

The officers were responding to complaints that the party was disorderly and unlawfully noisy. The Newark Police Department (NPD) promptly received a warrant to search the residence, wherein all alcohol was seized by Delaware Alcohol and Tobacco Enforcement.

A large portion of the individuals at the party were gathered in the rear of the residence, and the crowd had already spilled over into a neighboring yard. Many of those arrested were under 18 years old and charged as juveniles, and two were released to parents.

Charges against the residents themselves are pending. According to Lieutenant Andrew Rubin, a spokesperson for the NPD, these charges may include knowingly creating an unlawful amount of noise in a residential area and providing alcohol to minors.

A New Castle County police officer attended the party undercover with two cooperating underage witnesses — young women under 21 who agreed to assist police in providing evidence that alcohol was easily obtainable for minors at the party. 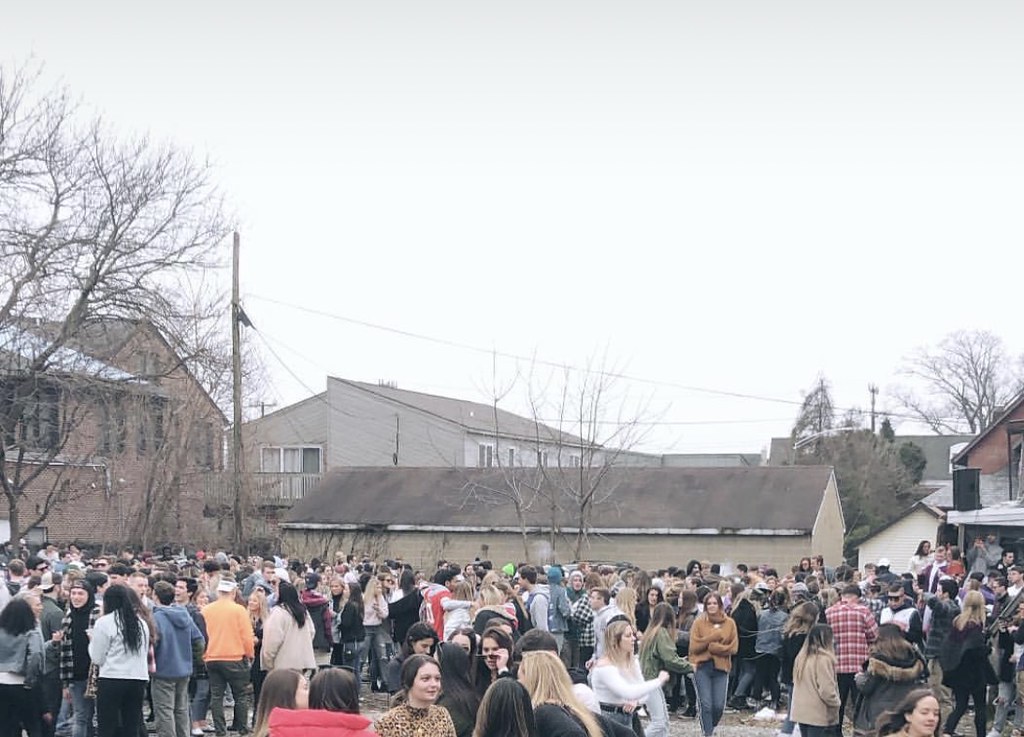 Was that dage worth the underage? Police and students weigh in 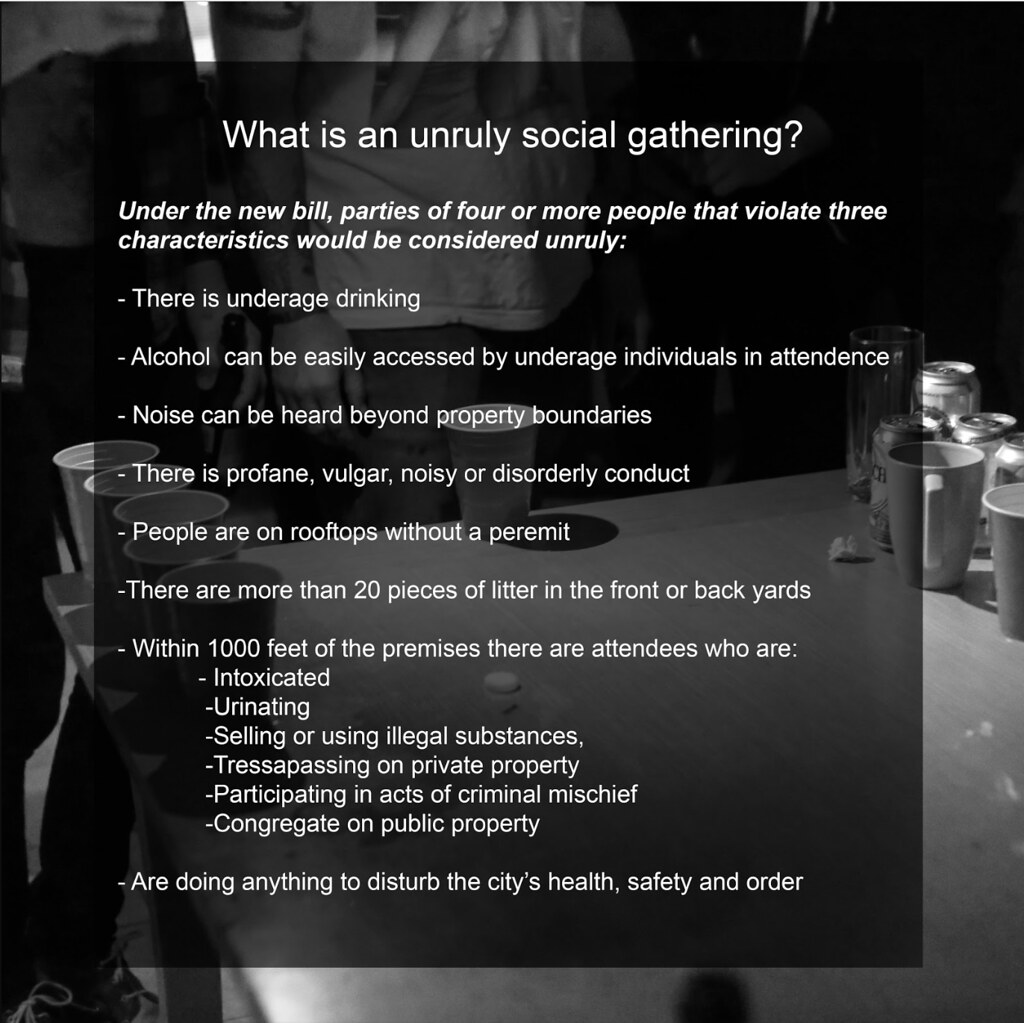 Newark City Bill No. 19-05 will broadly expand the NPD’s power to arrest party-goers. 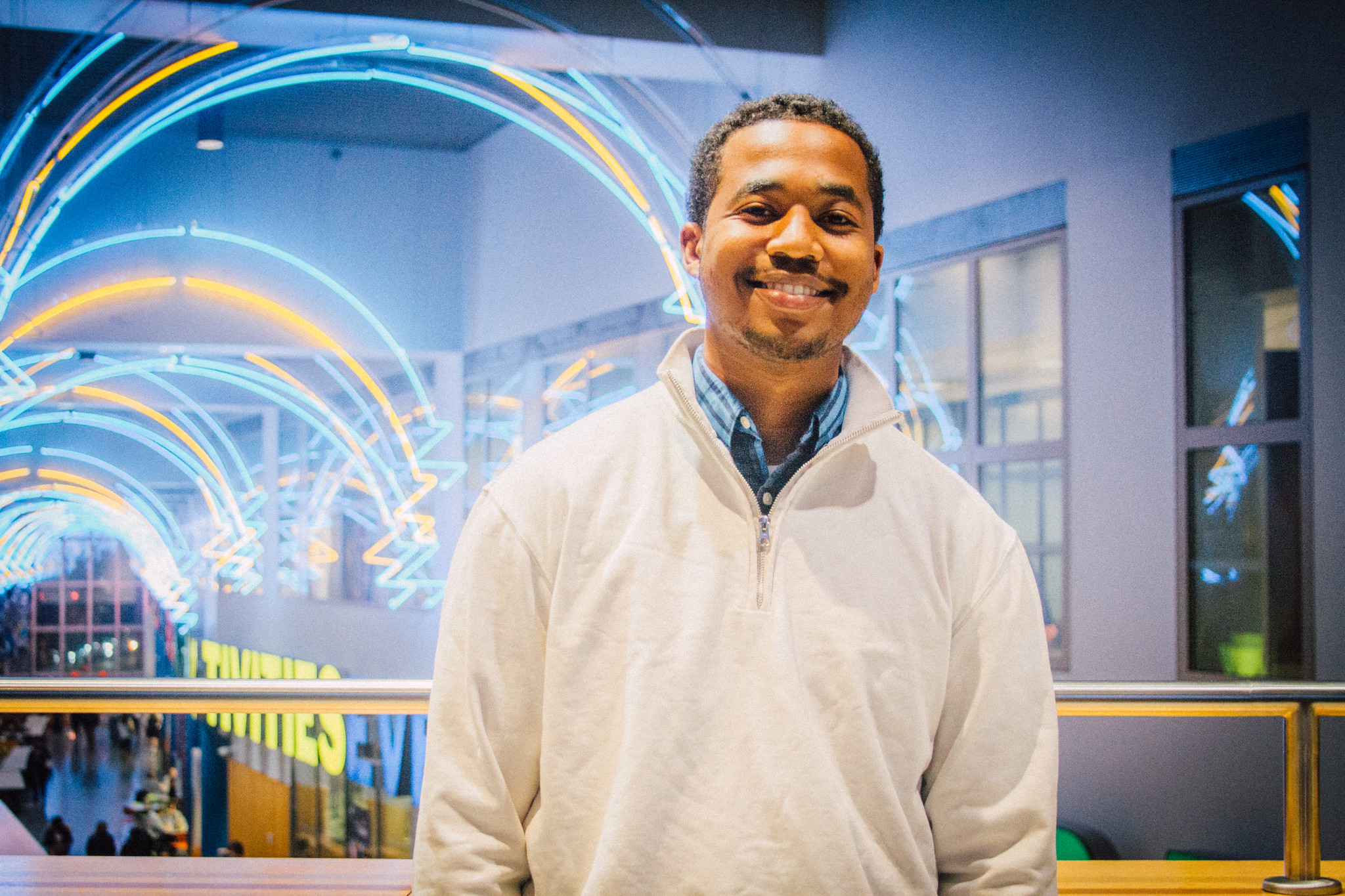 Kasai Guthrie, a 21-year-old university student, entrepreneur and rapper, is focused on improving communication between all of Newark’s constituents.