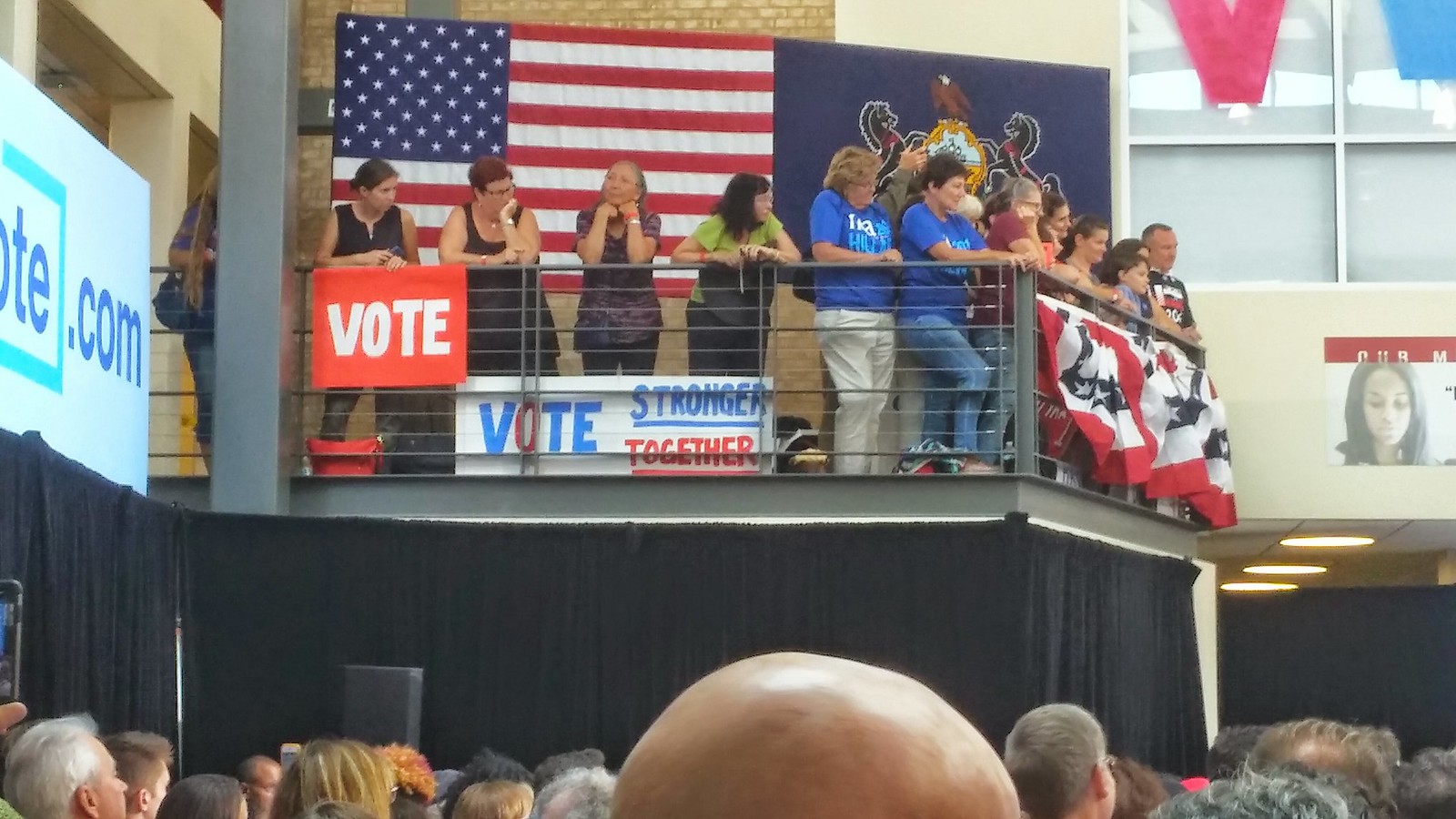 In the 16 years since Bill Clinton lived at 1600 Pennsylvania Avenue, his public voice has grown quiet. His Southern accent, however, has not.

On Tuesday, Clinton spoke not as a former President, but as potential First Gentleman of the United States. At Montgomery County Community College in Blue Bell, Pa., Clinton led a campaign event for his wife, Hillary Clinton.

Primarily discussing the economy, Bill Clinton focused his speech on his reasons why citizens should vote Hillary Clinton for president, as well as the Democrats in down ballot races for federal, state and local government.

“If you don’t want someone to drive a truck off a cliff, don’t give him the keys,” Bill Clinton said of Trump.

With Pennsylvania’s status as a known battleground state, Clinton made a point to stump for his wife in suburban Montgomery County. According to the latest polls, Hillary Clinton leads by four to six points over Donald Trump, the Republican presidential candidate, in the state.

During the speech, Bill Clinton avoided calling Trump by name. However, he did refer to the Republican candidate by using the pronoun “he” or directly calling him “the opponent.”

Trump supporters protested the event and remained outside during the speech. They arrived more than two-and-a-half hours in advance in two tractor trailers, decorated with anti-Clinton propaganda. The protesters remained peaceful.

During his endorsement, Bill Clinton that under Hillary Clinton’s administration, the economy would improve and the difference between social tiers would lessen, leaving every citizen on a more even playing ground.

He also said that his wife’s economic plan would ultimately reduce college tuition costs nationwide, as well as improve the wellbeing of small businesses.

After Bill Clinton stepped offstage at the end of his speech, people began filing out of the main doors. Montgomery County Community College student Wajee Hah, 19, left the debate feeling like she had gained insight.

“It was nice to hear somebody actually bring up the issues for once,” she said.

Danny Kuchler, a 20-year-old student of the community college, attended the event as an undecided voter. He said that he will not make his final decision about his vote until he steps into the booth on Election Day Nov. 8.

Kuchler said he hoped that Bill Clinton would address issues of homeland security, saying that he believes it to be the most important issue in this election. Bill Clinton only addressed the topic when condemning Islamophobia.

Kuchler said that he may not vote for either of the major candidates.

“I’m considering third party,” Kuchler said about third party candidates for president. “Why should we vote Democrat or Republican when nothing has changed?”

“Saying I’ll make it the way it used to be is like saying I want to be twenty again,” he said. “I would, actually.”