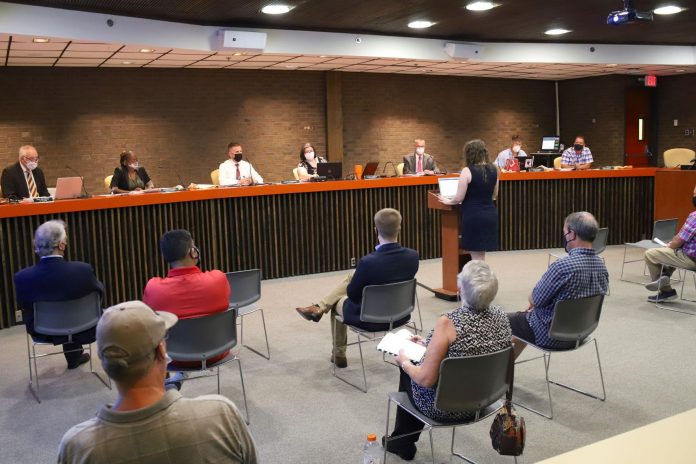 Newark’s private gathering restrictions could return sometime during the upcoming fall after the Newark City Council discussed the matter with City Manager Tom Coleman at its Aug. 23 meeting.

A possible return to limiting private gatherings is based on updated data related to COVID-19 case numbers in the city of Newark. The restrictions go back into effect once Newark hits two straight weeks of 125 cases per 100,000 people or a test positivity rate of six percent.

Coleman said both test positivity rates and cases per 100,000 people are trending upward since the city experienced zeroes in both statistics from June 13 to June 19.

“It’s probably inevitable we get to 6% [positivity rate] considering where the state is and where our neighboring states are, so I think it is likely it will go back into effect this fall at some point,” Coleman said.

The state of Delaware’s test positivity rate is currently over seven percent with Maryland’s just under five percent.

Coleman noted that although the council was able to use an emergency ordinance to put the initial gathering limits in place, they cannot use one to immediately rescind the restrictions.

“If the ordinance goes into effect and [the] council realizes it is not something that they want, it would be in effect for probably a month before we could get rid of it,” Coleman said.

Councilman Jason Lawhorn was one of two members of council to voice opposition for its reenactment. Lawhorn pointed to the emergence of vaccines and the long process the Council went through to develop the initial ordinance.

“I would prefer to eliminate that ordinance as it exists and then if we want to look at a different ordinance that may still offer protections, then we can discuss that and go through a similar thorough process to make sure we’re doing the right things,” Lawhorn said.

Councilman Travis McDermott’s objection stemmed from the language used in the ordinance, and he questioned its ability to be reenacted.

Councilwoman Dwendolyn Creecy and Councilman John Suchanec both spoke in favor of following the initial guidelines and reenacting gathering limits if the numbers do eventually go over.

“I think if we hit the numbers we have to continue to enforce it,” Suchanec said.

The discussion over gathering limits comes as students descend on the university to move into dorms and begin the fall semester. As of Aug. 25, the university reported that 91% of its students were fully vaccinated, with 95% of student vaccinations documented. Students were required to be fully vaccinated by Aug. 15 with limited exceptions for religious or medical reasons.