Professors weigh in on the climate change debate 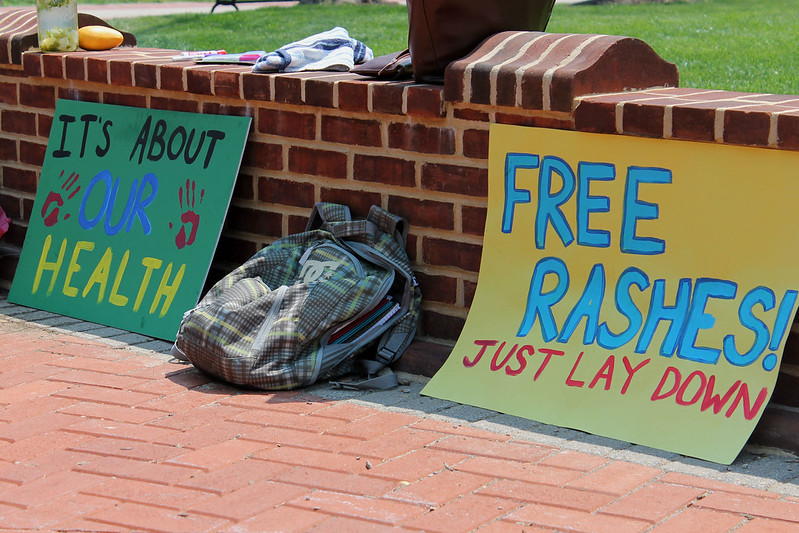 Morgan Brownell/THE REVIEW
Most scientists agree man-made climate change is a legitimate threat and must be treated seriously. So it comes as a surprise to find out the former Delaware state climatologist has his doubts.

David Legates, a professor of climatology at the university and former state climatologist, agrees that climate change is occurring, but that it is not as a result of human activities. His beliefs have made him unpopular with others.

“I get death threats from time to time,” Legates said. “The university says ‘not our problem most of these people are crackpots. And if anyone shows up at your door threatening you, call the police and we’ll come take care of it.’ Which it may be too late who knows?”

Legates does agree that climate change is happening, however.

Legates claims that the rising temperatures are due to natural variability such as increasing solar output, and that the rising carbon dioxide levels can have beneficial effects on the environment.

“Plants obviously need CO2 and with lowered CO2 plants would have a harder time,” Legates said. “That’s one of the reasons why greenhouses pump in carbon dioxide.”

Ninety to 100 percent of publishing climate scientists have opposing views to Legates, according to John Cook, a supporter of climate change and the author of “Skeptic Science,” a blog that maintains that human-caused climate change is occurring.

“The vast majority of climate scientists agree that climate change is real and that humans are causing it,” said Sara Rauscher, an assistant professor of geography at the university.
“There is a false equivalency at work here, where skeptics are given equal coverage or weight in discussions of climate change, when climate scientists are not equally divided on the science. There may be beneficial effects to warming. But those benefits will likely be outweighed by some of the expect effects of warming, including likely changes in extremes.”

Almost one-third of Americans still believe that climate change is not caused by human activities, according to a 2016 Gallup poll.

Rauscher has completed research that supports her claims. She examined data of record high temperatures that occurred daily in Europe. Her team found that soaring temperature rates across Europe are being broken at a much faster rate than they expected since there was no previous trend to compare it to.

In 2014, Legates spoke before the House Committee on Natural Resources and testified against global warming.

“My overall conclusion is that droughts in the United States are more frequent and more intense during colder periods,” Legates said to the committee. “Thus, the historical record does not warrant a claim that global warming is likely to negatively impact agricultural activities.”

The purpose of his testifying was to talk about the agricultural effects of climate change.

“A lot of this is overblown that we are going to get more droughts and more floods,” Legates said. “Colder periods generally have more droughts, the Intergovernmental Panel on Climate Change concluded droughts in the U.S. have become less frequent and less extreme.”

Legates was also part of a study in 2015 that concluded that the temperature on Earth will raise one degree Celsius between the century of 2000 to 2100.

Legates said he believes that models have indicate that carbon dioxide levels are rising somewhere between two and four degrees. However, he thinks they have a tendency to overstate the levels that they show.

Rauscher took part in another study that examined forest health in the western United States and its connection to increasing temperatures and drought.

“Our examination of model projections of the effects of climate change suggest that tree mortality in the western US is likely to accelerate, changing the landscape of the region,” Rauscher said.

Erin Papke, another marine sciences major, concurs with her classmate.

“If we can reduce or eliminate greenhouse gas emissions, perhaps we can prevent truly catastrophic effects from occurring (e.g., melting of Antarctica),” Rauscher said. “The ozone layer has begun to recover. Even if these agreements fall short — some scientists think the target goal of the Paris agreement to keeping warming to less than two degrees Celsius is not achievable with the targeted reductions in emissions — we have to start somewhere.”

Legates was asked to step down as the Delaware state climatologist in 2011 by the dean’s office of the College of Earth, Ocean and Environment.