Psychedelics and the CIA: The university’s influence on magic mushrooms 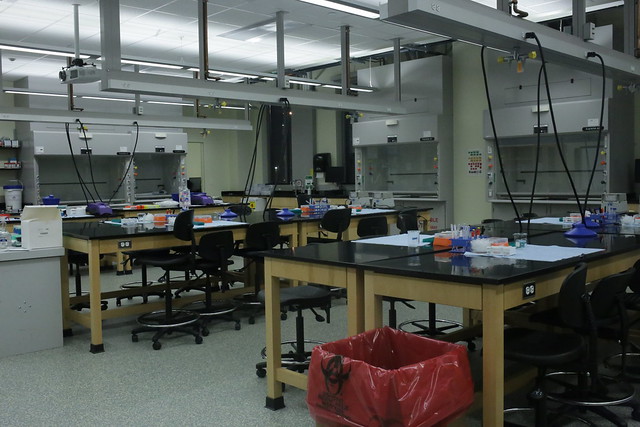 KIRK SMITH/THE REVIEW
A former chemistry professor, James Moore was contracted by the CIA to help develop psychedelic drugs in the 1960s.


As a whole, the counterculture of the 1960s was about as subtle as a high flyin’ Jimi Hendrix, dry-humping his flaming Fender Stratocaster.

Propelled by a righteous angst for authority and a taste for chemicals, the growing use of psychedelic drugs enabled a user to go skydiving with their brain, hoping common sense would prevail enough to pull the parachute. LSD and mushrooms use began to appear common, almost akin to marijuana in social use— but it wasn’t just the hippies indulging.

The originators and curators of these drugs produce a mental image. Back alley scientists looking for an easy score. But few would suspect the suburban glow of the University of Delaware.

James Moore, a chemistry professor, was able to maintain a normal academic life as at the university, all while working as a secret agent in the CIA.

“If I had thought I was participating in a scheme run by a small band of mad individuals, I would have demurred,” Moore said in a 1979 interview.

John Marks, who wrote the 1979 book The Search for the Manchurian Candidate, provides an in-depth look into the classified secrets of the CIA and Moore’s involvement.

His career began in the late 40s, working at Parke, Davis & Company in Detroit, a private drug company. His starting salary: $8,000 a year.

As Cold War paranoia began to creep and crawl across the country, the CIA, now a fully-fledged independent organization, began investigating more peculiar ways to gather information. On the top of the list: mind control.

MK-Ultra, the code name given to the project, involved the exploration and discovery of mind control techniques to be used for interrogation. A chance to turn the wonders of science fiction into red-blooded American Reality.

The CIA reached out to Parke, Davis & Company inquiring if they could provide a chemist willing to work under a federal contract.

“The company was glad to get someone else to pay my salary,” Moore said.

Moore was no stranger to federal secrecy. As a graduate student, Moore had worked alongside scientists who were involved with the Manhattan Project, the creators of the atomic bomb.

Working alone, he only dealt with a case officer, Henry Bortner, and the occasional visiting agent. After completing his research on a substance he would hand over his findings to Bortner, rarely following up; the agency preferred contractors who ask few questions.

In 1955, Moore left Detroit for the quaint college town of Newark, Del., joining the university faculty as an assistant professor. He brought his contract with him, now a full service agent bringing in an additional $16,000 a year. Under the umbrella of academic research, Moore could make requests for purchases including, “50 cents for an unidentified pamphlet, $433.13 for a particular shipment of mescaline, $1147.60 for a large quantity of mushrooms, and $12,000 for a quarter-ton of fluothane, an inhalation anesthetic,” John Marks said. All the substances were untraceable.

During this period, Moore’s focus, as well as the CIA, began to shift into the world of organic psychoactive compounds. LSD, DMT and the fabled “magic mushroom.”

In search of a specific type of mushroom known as “God’s Flesh,” Moore and a team of operatives travelled to the most remote parts of the Mexican jungle in search of the fungus. While several trips came up empty handed, word spread of an amateur mushroom enthusiast, Gordon Wasson, whom had already found the “God’s Flesh” around the same time Moore joined the CIA.

In 1956, Moore and Wasson traveled to Huautla, Mexico. After several nights sleeping on a dirt floor and eating the local cuisine, Moore garnered a new respect for the life of a lab technician.

“I had a terribly bad cold, we damned near starved to death, and I itched all over,” he said.

Nevertheless, they found what they were looking for. Moore returned to Delaware, “God’s Flesh” in hand. To the excitement of the CIA, he was convinced he could isolate the ingredients in the mushroom.

Chemists across the country were now aware of Moore and Wasson’s discovery, these active hallucinogenic chemicals.The CIA began to push their chemists to create new and aggressive formulas that could be used.

At federal holiday parties, CIA agents would “dose” unsuspecting party guests with compounds made by their scientists, inciting sweeping paranoia and confusion. Infamously, the CIA “dosed” visitors of a San Francisco brothel unsuspectingly, locking them in a room, recording their reactions.

Because of MK-Ultra’s broad scope (80 institutions, 44 colleges and universities) and secrecy, little is know about the true impact of the project, however it is now regarded as illegal, yet necessary for the time. Ultimately, the psychedelic trials failed. “Tripping” often made subjects behave strangely and unpredictable. The CIA needed certainty.

When questioned about his involvement in the project and his moral justification, Moore remained unfazed:

“Did I ever consider what would have happened if this stuff were given to unwitting people?” Moore asks, reflecting on his CIA days. “No. Particularly no. Had I been given that information, I think I would have been prepared to accept that… It was all investigative.”

Former students of Professor Moore, who passed away in 1999, remember a witty, kind man with incredibly organized notes and a willingness to talk about his experiences in MK-Ultra.

“There was serious competition, you have to put yourself in that time, and of course we would never think of something like that now,” Douglass Taber, a chemistry professor, said of his former colleague. Taber himself wasn’t aware of Moore’s involvement, until he one day made a passing joke about Moore deciding to grow his beard out—“With that you could join the CIA!”

Currently, the James A. Moore scholarship is awarded to graduating seniors that excel in organic chemistry. It is worth $400.