Psychology professor works to apply research in own life 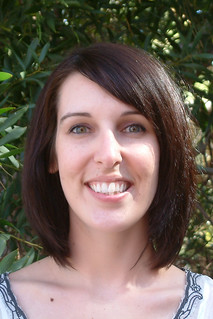 During Brew HaHa!’s busiest time of the day, Lisa Jaremka sat down with some warm coffee, gripping the chance to take a break between obligations.

Jaremka is an assistant professor of psychology and the director of Project Close, a close relationships and health lab at the university. She primarily researches social support — and oftentimes the lack thereof — and how it affects a person’s physiological health.

Aside from her research and teaching responsibilities, Jaremka has been working to organize events based around the concept of inclusion.

On Friday, Jaremka hosted a solidarity demonstration called We Stand with You, where community members gathered on the North Green to provide social support to minorities and those in need. One of the speakers was José-Luis Riera, dean of students. The event was prompted by the results of the recent election.

Prior to the election, Jaremka says she felt that she was living in a bubble regarding socio-political issues. Although she says the racism and sexism across the nation wasn’t a surprise to many people, it was for her, and after the election she felt she needed to change the way she acts.

“My prior stance on those types of issues — which is to say, ‘I’m not sexist or racist and that’s enough’— that was just too passive,” Jaremka says. “I realized that wasn’t okay and I felt a little embarrassed, truthfully, about how I had behaved.”

Jaremka is originally from Buffalo, a place she considers widely segregated. However, she doesn’t consider that the source of the social blindness she is trying to escape from. She says that her previous unawareness of the depth of differing opinions stems from working in academia.

“Ninety-nine percent of the people I interact with think just like I do,” Jaremka says. “I just don’t encounter enough people with different views and I think that’s where the bubble is from.”

She wants to continue spreading diversity and inclusion through demonstrations and social efforts even now that We Stand with You has come to a close.

Jaremka says that her work with Project Close has provided her with the opportunity to be more appreciative of her own social support. Her husband Jeremy, who she says helps her immensely in her daily life, is the prime example of what good social support is.

“When I learn how hard it is to provide support,and when I see him doing it the right way, I think, ‘this is amazing,’” Jaremka says.

She says that he will cook dinner, pack lunches and do the laundry while she is out teaching, researching and organizing events such as We Stand with You. Her workload sometimes requires 12-hour days. Without her husband’s support, she says that she would not be able to do all that she does on a daily basis.

Oftentimes in her research, she will see couples fight in unhealthy ways, something that she tries at all costs to avoid in her own life. One of the most common types of fighting that she sees is what is referred to as “kitchen-sinking,” or bringing up everything that a spouse has done wrong throughout the entire relationship.

For Jaremka, seeing those arguments is eye-opening.

“When I leave those discussions, I will immediately text my husband or run home to hug him and tell him I’m so thankful that we are not living that way,” she says.

Since her work entails constant thought, Jaremka says one of her favorite ways to relax is by doing physical work, like renovating her house or hula hooping.

After the coffee break, the next time Jaremka would relax would likely be when she got home and curled up with her pets — two shih tzus named Goku and Khaleesi, and a cat.