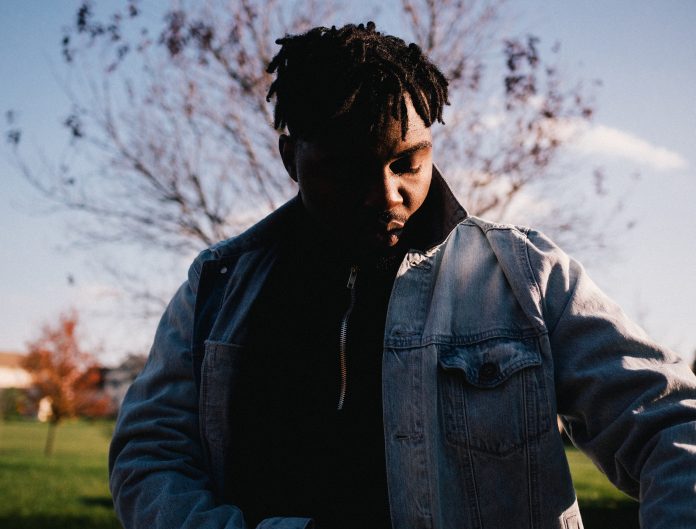 While attending the University of Delaware, it was not always easy for TJ “Soundbwoy” Opiyo to balance his music career and his studies. When one of his friends at Occupy Studio on Main Street invited him to go to Miami to do some work in a studio; he didn’t think his friend meant that very Tuesday at 9 p.m. Yet, he could not pass up the opportunity, so they drove down Tuesday night, and he made it back in time for his 3 p.m. class on Thursday.

The now 25-year-old is a Delaware native, being born in Christiana Hospital and living in the areas of Newark, Glasgow and Bear. He has produced several songs, from “Traffic” to “LMK.”

From his girlfriend’s house in Wilmington, Opiyo discussed his inspiration as a songwriter and producer, his appreciation for the people who work behind the scenes in the music industry and his love for his cat, Josie, who played fetch with him during the interview.

This interview has been edited for length and clarity.

Garner: How did you pick the name Soundbwoy?

Opiyo: I am half Jamaican, on my mom’s side, and in Jamaican culture there’s a name for DJs called sound boy selectors. But it’s a different way that we think of DJs in America, because here the DJs just play whatever, and they usually have an emcee or someone else using the mic. In Jamaica, the sound boys would do both. So, I ended up calling myself the All-American sound boy because I was doing everything music related.

Garner: How did you first get interested in music?

Opiyo: My mom was always around a lot of emerging reggae musicians and dancehall artists in the ‘80s and ‘90s. Her brother was a DJ in Jamaica and the States, and that’s been ingrained in me somehow. Then my dad was just an avid lover of music; he sang in the church choir and played instruments here and there. He’s not one of those people who listens solely to popular music, but he holds onto his favorite songs, so the songs I listened to growing up were the same songs he listened to in high school and college. So, that’s where a lot of my music tastes come from. It became a part of me like anything else, and I didn’t want to do anything besides music.

Garner: Who would you consider your influences?

Opiyo: I would say Prince, Frank Ocean, the Bee Gees and Sade are the front men and women whose sounds I like. But a lot of times I’m influenced by behind the scenes people too, so people like The Neptunes, with Pharell Williams and Chad Hugo. Even if I’m not particularly a fan of someone’s music I love watching behind the scenes studio footage or listening to podcasts. I really like Rick Rubin’s “Broken Record” podcasts and “Song Exploder” on Netflix.

Garner: What are your goals as an artist?

Opiyo: My goal right now is to make the greatest dance music of all time and have artists trust me with their work and collab. I also would like to not have a day job that isn’t music, so that I can focus on projects that I’m really passionate about all the time.

Garner: Is there a song that you have written that is particularly special to you?

Opiyo: I am on a song by this artist named tobi lou called “Just Keep Goin” — I didn’t particularly write the whole song, I helped out with it — but that song came when I was just going through a breakup after a long relationship. Some of the lyrics were “I know you’re going through some things, but keep going.” It’s a really upbeat song, but that was a line that I say to myself to this day. Just keep going no matter if it’s hard, if it’s good, if it’s nothing — every day you just have to get through it because you have no idea what’s on the other end. It could be good, it could be great, it could be bad, but I think that’s the joy of life right now.

Garner: Where do you get inspiration for your music?

Opiyo: Life, right now, honestly. I’m very in the moment when I’m making these songs, and I’m definitely trying to capture the energy of a moment in a song. Behind all of your favorite songs, there’s a story, so I have been subconsciously trying to implement that into my own creative process. It’s easy to time travel with music, so I want to do that more by putting people exactly where the song was made.

Garner: Where have you performed and do you have a favorite place to perform?

Opiyo: I used to be a house party DJ in Newark. I’ve played in Philly, I’ve played in New York. I haven’t played in LA, yet but that’s coming up. But I think my favorite place to play is Philly because it’s a music city. They don’t care who you are; in Delaware, the only people who show up are the people you ask to show up, but in Philly people I didn’t know would get really invested in me, post about me and more people would show up. I’ve never felt loved as a musician from people that never knew me until I went to Philly.

Garner: Can you talk a bit about your cat and what she means to you?

Opiyo: Josie came home around December 19, and she was born October 19, so she’s a Libra. She’s a ragdoll, she’s amazing, she plays fetch, she is just very unique. She’s like a mystical creature; if you’ve seen “Avatar,” she’s like my little spirit guide. She loves the guitar and rocks out with that. She listened to Ariana Grande’s “Positions” album the whole way here, so now when we’re in the car, we play Ariana Grande to help her relax.

Though he soon plans to leave the area and is exploring new places, he says Delaware will always be his homebase, no matter where he goes.

To keep up to date on all things Soundbwoy, you can follow him on Instagram @_soundbwoy and check out his work on Audiomack.