Emily Moore/THE REVIEW
Throughout the semester, SGA is working on “increased collaboration” between the external, legislative, and judicial branches.

In the midst of midterm exams and fall weather, the new and returning Student Government Association (SGA) senators met for the first time this past Thursday.

“We are definitely focusing more on transparency and reaching out to students on campus,” SGA President Kevin Peterson said before the meeting. He also highlighted several ongoing initiatives among different branches, like those that have worked to improve advising throughout the College of Arts and Sciences.

Another goal of SGA has been sexual assault reform, an issue he addressed during the Board of Trustees retreat last week.

“We have been focusing on sexual assault reform, that’s been my focus over the last three years,” Peterson said.

“We are also creating several reports, two separate reports and possibly three to go to the Board of Trustees Student Life Committee,” Peterson said in response to his presentation that would include SGA’s recommendations for the university.

SGA did not have its first meeting until now due to the elections taking place two weeks ago. With the number of senators up to 42, Peterson said there has been some discussion of looking at changing election cycles in the future.

This first meeting was the first broadcast via SGA Span, presented on their website. The meeting provided numerous updates throughout campus and the city of Newark. Peterson welcomed the new senators and introduced news about the “Master Plan Initiative” that the university has proposed. Peterson said that this plan was in the “early stages,” as the first architectural meeting took place this past week on campus.

The university is also examining whether to “rebuild or revamp,” student centers, Peterson said, and the search for a new vice president for student life is “in full swing.”

While Peterson could not say who the candidates are, he stated that interviews were continuing and in progress throughout this week.

City of Newark Student Senator Shannon Fredericks talked about potential changes that might affect students. The city is currently thinking about changing its policy regarding any off-campus bulk pick-ups.

“They will come and do it for free, but they fear that students are sometimes taking advantage of that during move-in and move-out times,” Fredericks said. “They are considering adding a tax for coming to pick things up, they really want to take advantage of the you don’t need it service here.”

She also mentioned that the city is going to add several seconds to the crosswalk on East Delaware Ave. during the winter session.

The Faculty Senate Student Senator, Nick Makos, talked about improving the communication process with the Senate. He also mentioned how developing effective committees this year would allow for more organization throughout SGA.

“We met with the Faculty Senate president and he was all for allowing the SGA to push legislation through faculty senate, through my position,” Makos said. “If you think something is too big, it’s probably not. Let’s get behind it, let’s work on it as long as we have research to back it up. I think we can make some great things happen this year.”

The meeting included several resolutions, two that changed the bylaws requiring two-thirds vote. The senate voted unanimously in favor of adding an IT senator to help with SGA’s website and moving the treasurer to the executive cabinet. 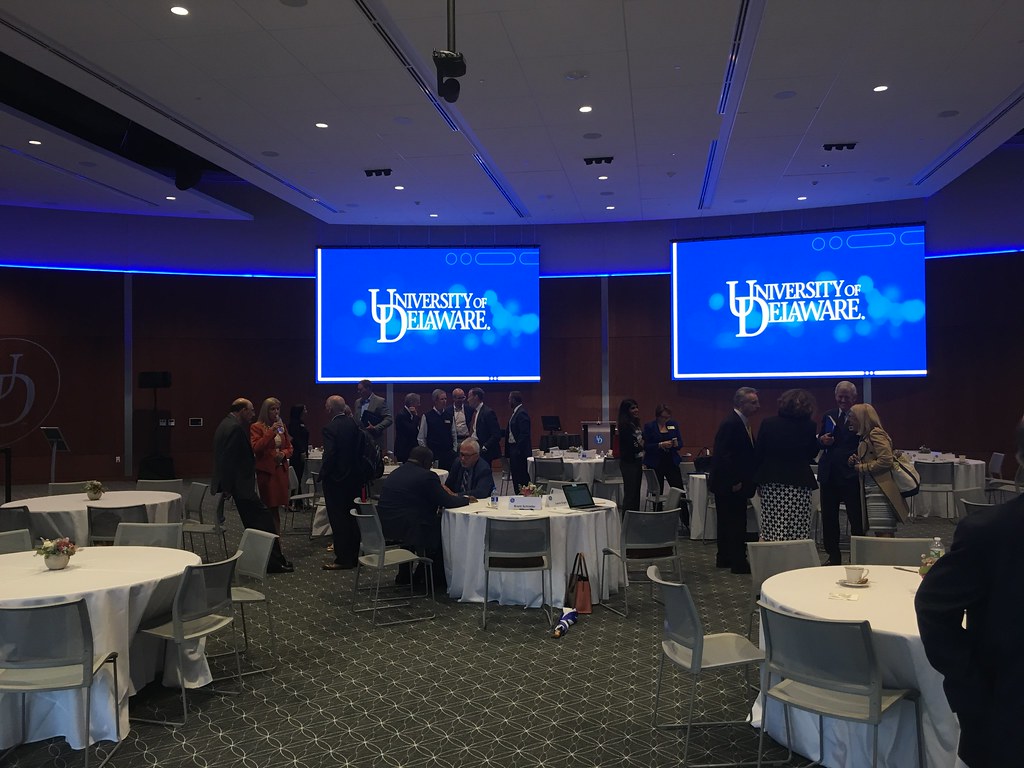