Mitchell Patterson /THE REVIEW
Samantha Powers (left) was interviewed by Valerie Biden Owens (right) in Mitchell Hall on Nov. 13 to promote her new book, “The Education of an Idealist.”.

Samantha Power has worked as a war correspondent in the Balkans, taught at the Harvard Kennedy School and Harvard Law School, advised then-President Barack Obama on human rights and served as the 28th U.S. Ambassador to the United Nations from 2013 and 2017.

Despite this hefty resume, Power, 49, emphasized again-and-again Wednesday, at an event hosted by the Biden Institute in Mitchell Hall, that any normal citizen has as much opportunity and ability to play a role in tackling the staggeringly large issues which today beset the nation and the world.

“When I came back to teaching after being the U.N. ambassador, I noticed that my students couldn’t relate to me in the way that they had before,” Power said. “Your resume can color people’s impression of who you are. A lot of people are asking themselves ‘Can I make a difference?’ And when we tell them, ‘Yes, you can. Here’s my counsel for you,’ they say ‘That’s easy for you to say.’”

At the event on Wednesday, Power sat down with Valerie Biden Owens to discuss Power’s life, career and her new New York Times bestselling book, “The Education of An Idealist.” According to the Biden Institute, Obama has called Power “one of our foremost thinkers on foreign policy,” and said that “she showed us that the international community has a moral responsibility and a profound interest in resolving conflicts and defending human dignity.”

Courtesy of the U.S. State Department /THE REVIEW
Samantha Power served as the 28th U.S. Permanent Representative to the United Nations from 2013 and 2017.

During the lecture, Power argued that ordinary citizens could practice “shrinking the change.” If they feel powerless in relation to the magnitude of the problems facing society, they should try to determine the smallest possible contribution they could make toward solving an issue, and start from there. If people do not learn to break larger crises down into smaller, more manageable problems, she believes that the challenge can seem so insurmountable that people resign themselves to doing nothing at all.

“When you’re feeling kind of isolated or you’re feeling like there’s a lot in your way,” Power said. “When we see a very large problem, what we think is demanded of us is a very large solution. But ultimately, if we as individuals, latch onto that idea, we can fall prey to a kind of defeatism.”

Many audience members reported that they felt Power’s proposals to “shrink the change” were empowering.

“It made me realize that any small thing I can do will have some meaning,” Alicia Stratman, a sophomore studying international business and accounting, said. “Maybe I won’t have my name written or remembered on anything, but I will have contributed something. That was inspiring.”

Owens posed questions to Power about her life experiences as a self-described “idealist” and asked that any discussion of foreign policy or contemporary affairs be limited to the later Q&A portion of the evening. Despite this, Owens had to continuously steer Power back to speaking about herself.

“There’s an old joke in Irish culture, and you may have heard, coming from an Irish family yourself, that Irish people have trouble using the first person even in therapy,” Power said.

According to Power, she first took an active interest in human rights as a career during the 1990s when she went abroad as a foreign correspondent to cover the Yugoslav Wars in Kosovo and Bosnia. She also reported on war zones such as East Timor, Sudan and Rwanda. Power admitted to Owens that she had initially forged her press credentials in order to work in the more dangerous regions during the Yugoslav Wars.

When she returned from abroad, Power studied law at Harvard and wrote her first book, “A Problem from Hell: America and the Age of Genocide,” which was awarded the Pulitzer Prize in 2003.

In 2009, Obama brought Power onboard the National Security Council as the Senior Director for Multilateral Affairs and Human Rights. In this role, Power advocated for a U.S. military intervention in Libya. She also lobbied the governments of 20 authoritarian states to release female political prisoners.

“We were able to secure the release of 16 of the 20 women,” Power said. “Which is so little for America, the big superpower, but for each of those women, and their families and the communities in which they live, it’s the universe. That, for me, is a great example of shrinking the change.”

Power immigrated to the U.S. from Ireland at the age of 9. Today, she works as the Anna Lindh Professor of Practice of Global Leadership and Public Policy at the Harvard Kennedy School and as the William D. Zabel ’61 Professor of Practice in Human Rights at Harvard Law School. She lives in Massachusetts with her husband Cass Sunstein, a constitutional law scholar, and their two children. 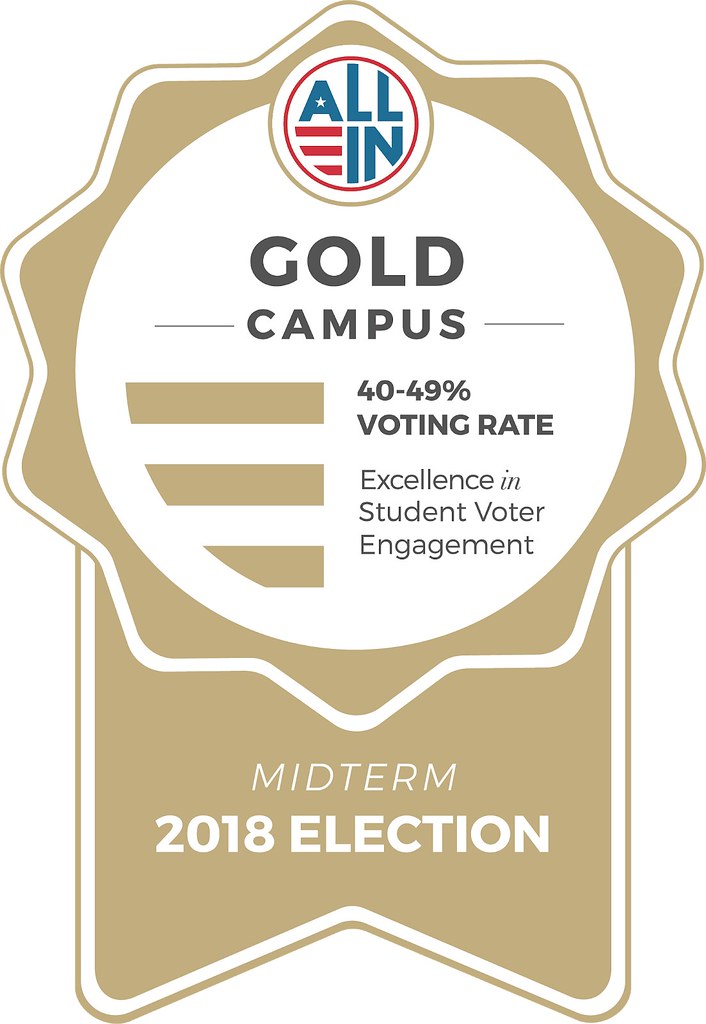 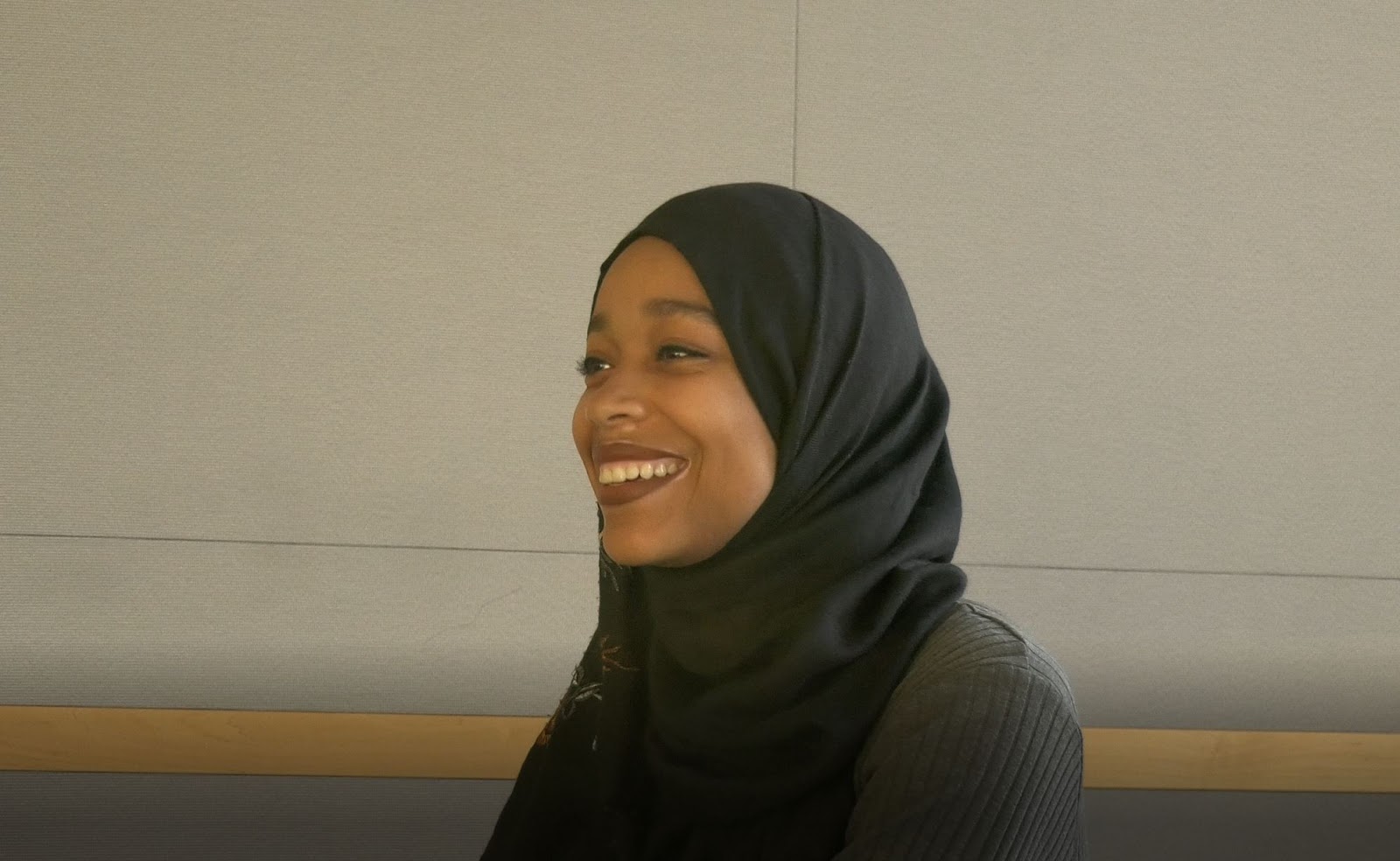 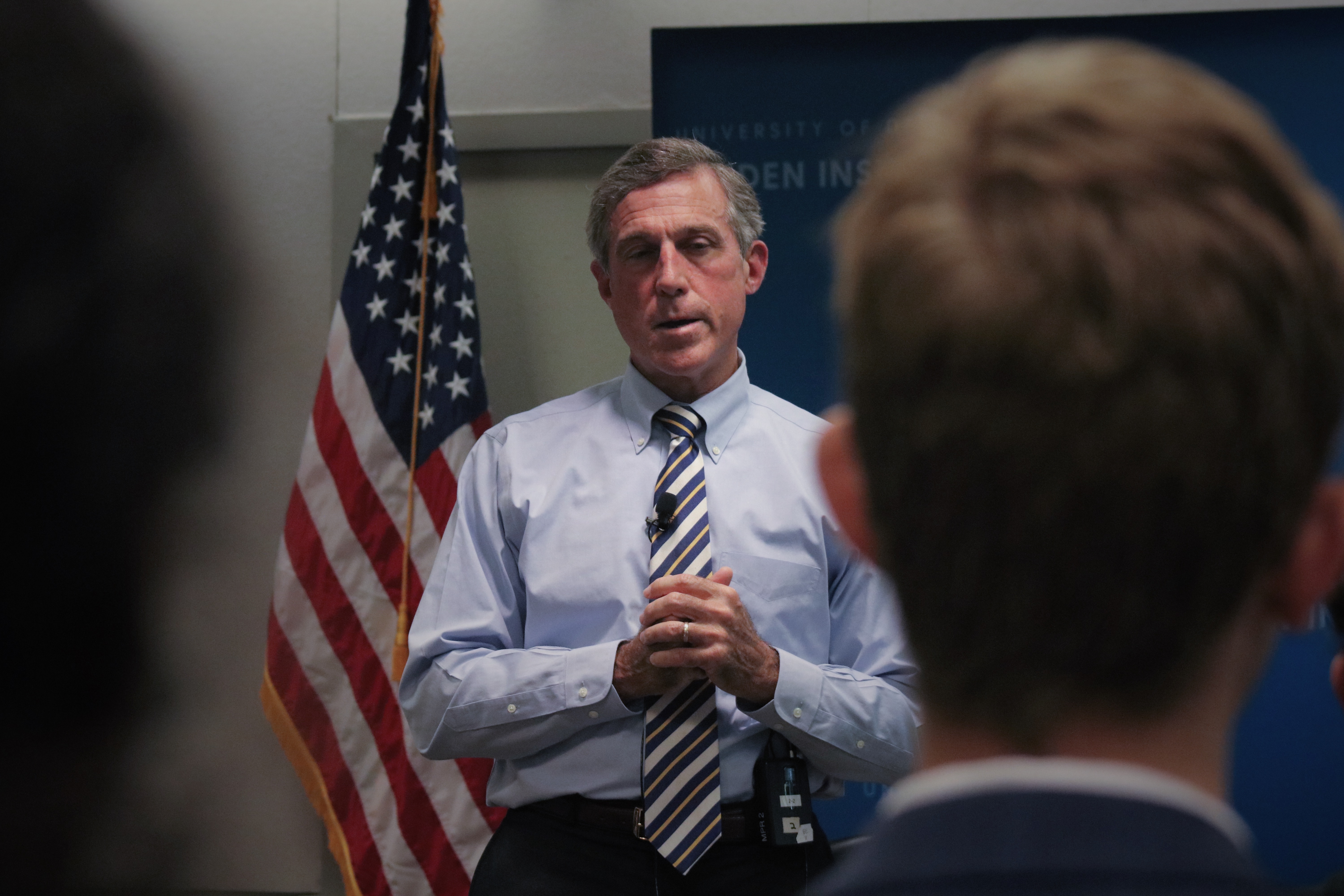 Student debt was one of the many topics to which Gov. John Carney directed his audience’s attention.