A 20 year-old university student was found dead in her bathtub Sunday morning during an investigation of an early morning fire in Towne Court Apartments.

Sophomore Lindsey Bonistall, an English major from White Plains, N.Y., was found dead in her apartment at approximately 11:30 a.m. Sunday when fire department officials were inspecting the residence following a fire that had occurred earlier that morning, police said.

Newark Police Chief Gerald Conway said the investigation is being treated as a homicide and the fire has been determined to be arson by the Newark city fire marshal.

“We know the fire was intentionally started in the bathroom [near] the bathtub,” he said.
Bonistall was found beneath a large amount of debris, Conway said. The fiberglass bathtub was melted and several fixtures in the bathroom had been removed.

Her body was not immediately found when the fire was first extinguished, and was discovered upon further inspection by the fire marshal several hours later.

An autopsy report is expected to be released today.

President David P. Roselle issued a statement on behalf of the university:

“The entire University of Delaware community is shocked and saddened by this terrible tragedy,” he said. “We extend our deepest sympathies to the members of the Bonistall family as well as to her family of friends here on the university campus.

“Miss Bonistall was a popular student, and our Center for Counseling and Student Development will be available to provide assistance desired by any of her many friends.”

Bonistall was reportedly at a friend’s apartment Saturday night watching TV and drove herself home early Sunday morning. Approximately an hour later, the fire was reported.

Police said there was no indication that Bonistall had been drinking.

According to a police department press release, the fire at Towne Court was reported at approximately 2:49 a.m.

Aetna Hose, Hook and Ladder Co. responded to the call and extinguished the fire, the release stated.

According to the release, once the fire was extinguished, the Newark city fire marshal began the initial investigation. At approximately 4:13 a.m. there was another fire reported in the 200 block of Murray Road and the marshal responded to this call.

The fire at Murray Road was declared an arson and after finishing the investigation there the fire marshal returned to Bonistall’s apartment.

During this second investigation, the fire marshal determined that the fire at Bonistall’s apartment was also suspicious and contacted the Newark Police Department.

Cpt. William Nefosky of the Newark Police Department said Bonistall’s body was discovered in the bathtub at approximately 11:30 a.m., nearly nine hours after the initial 9-1-1 call was made.

There are no named suspects at this time, he said, but police are following some leads.

There is no evidence at this point to indicate the incident involved drugs or a drug transaction, Nefosky said. Bonistall’s vehicle is now in police custody.

Although she was found in the bathtub, he said, it is obvious Bonistall was not taking a bath, and he added sexual assault has not been ruled out.

“Obviously that is something we will be investigating,” Nefosky said.

Towne Court Apartments are not equipped with video surveillance devices, he said. However, police have contacted establishments along Bonistall’s route home Saturday night and are viewing the video to determine whether she was followed.

This is the first homicide in Newark in 2005, Nefosky said, and incidents such as this are unusual for the city.

“This is something I haven’t seen in my 27 years here, he said. “Newark, all-in-all, is a pretty safe community.”

Because Bonistall was a student, Nefosky said Newark Police will reach out to the university community to make sure all residents are making their houses and apartments as safe as possible.

Investigators have not yet determined if the incident was a home invasion, and it has not been established whether there was any forced entry.

Nefosky said people do not need a key to enter any Towne Court buildings.

He also said officials do not believe Bonistall’s death is related to a string of burglaries in the Newark area earlier this year. Police believe they already have a suspect in custody in those cases.

Senior Laurie Ellis, a resident of building 91 in Towne Court, said she and several of her friends were in her apartment when another friend came home at approximately 2:45 a.m., and told them there was smoke coming from the building across the street.

Ellis then called 9-1-1 at approximately 2:50 a.m., she said. Police and fire trucks arrived at the scene two minutes later.

Ellis said she and her roommate stayed outside until 4 a.m. and watched as firefighters climbed a ladder to the second floor and entered Bonistall’s apartment through a window, she said.

The two returned to their apartment for the night, and at approximately 3 p.m. Sunday Ellis said she was walking from her apartment and noticed a stretcher with a black body bag beside an ambulance.

She said Doughten’s parents saw the story on the news and called to make sure the two were OK.
Residents are concerned for their safety, Ellis said.

“We’re all kind of nervous,” she said, “because we don’t know if it was a random act of violence.”

Ellis said security is a constant concern at the apartment complex because anyone can enter the buildings.

The Newark Police Department is urging residents to make sure their doors and windows are locked and also to be aware of their surroundings.

According to a police department press release, the fire at Towne Court was reported at approximately 2:49 a.m.

Fire department officials declined to comment about the incidents as well as Towne Court Apartments.

Bonistall’s family has not released any details of funeral arrangements at this time. 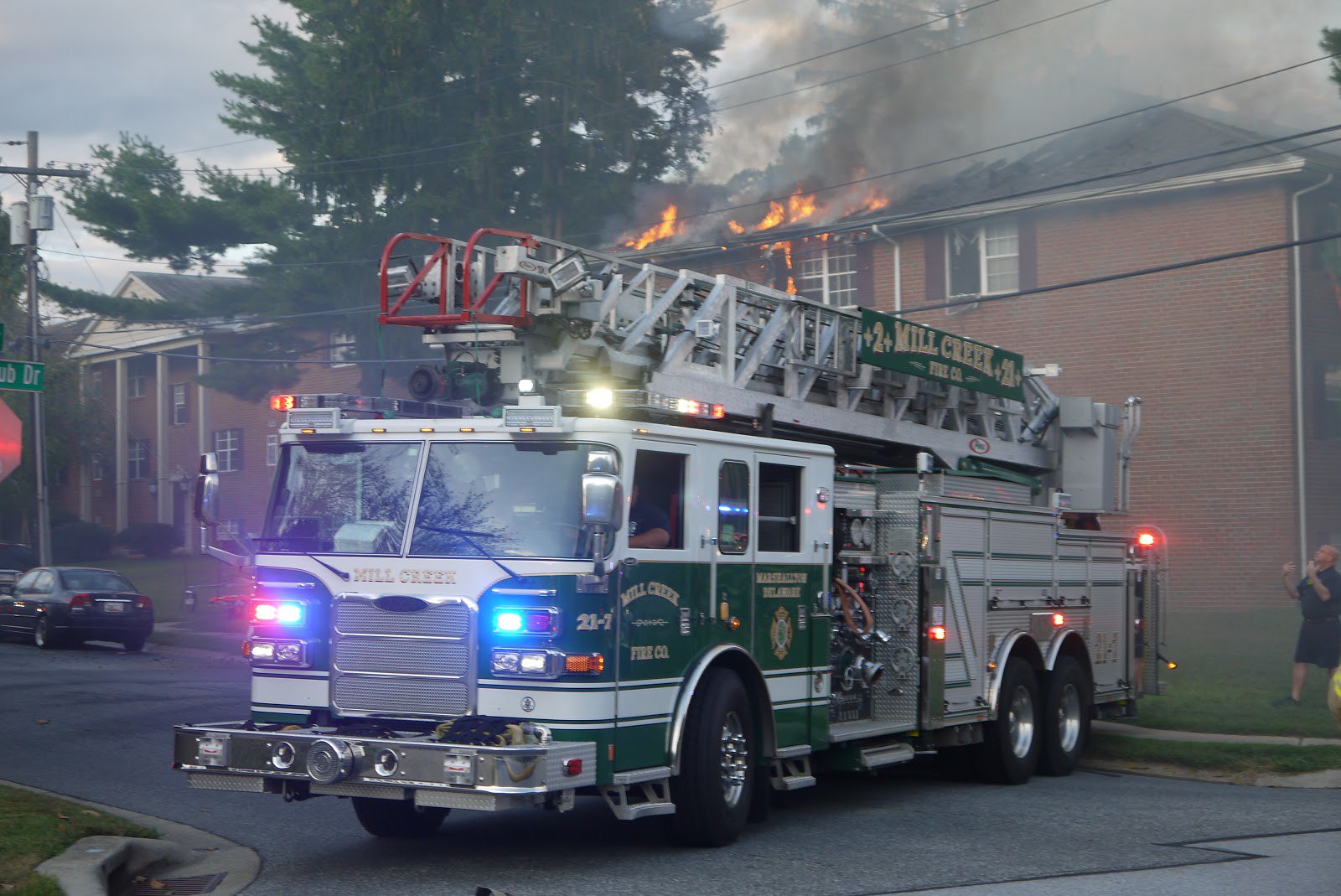 Smoke seen from campus: fire flares up at Fairfield apartments

On Sept. 24, a fire damaged building 20 of the Fairfield apartments on Country Club Drive, displacing the residents of 12.