Delaware politicians discussed the issue of overpopulated prisons at a Tuesday town hall in the auditorium at Kirk Middle School. Education, crimes and the opioid epidemic were among the discussed topics of the town hall which featured Attorney General Kathy Jennings, Sen. Bryan Townsend (D-Newark) and Rep. Ed Osienski (D-Newark,) who listened to the questions and concerns of Delawareans.

Jennings addressed the needed change concerning the process of indictment. She argued only to charge serious crimes, which in turn expedite court proceedings for misdemeanors, or offenses less serious than felonies.

Concerning the opioid epidemic, Jennings said that her administration has addressed that issue by creating reform measures that would require prosecutors to divert very low-level offenses away from the justice system altogether. Asserting that this would enable people to be put into treatment, but only “as long as the people of Delaware are safe.”

For lower-level offenses, in which the offender can be safely placed into rehabilitation, Jennings prescribed something different.

“We will not recommend a prison sentence, that makes sense right?” Jennings said. “Well, now it’s in writing and is being followed.”

Jennings further discussed some of the proposed criminal justice reforms. Among them is a bill issued by Sen. Darius Brown (D-Wilmington,) which would allow people who have a conviction to have their record expunged after a set period, but only under certain crimes. This bill, according to Jennings, plays the role of a jobs bill and an anti-crime bill that will grant people a second chance.

Osienski is among the 14 sponsors of The Delaware Marijuana Control Act. This bill would make it legal to purchase marijuana or manufacture marijuana products with a license in the state of Delaware, which would have the effect of creating jobs and also decriminalizing those jobs.

Townsend focused on the complexity of criminal justice reform, addressing in particular its complexity regarding the safety of people. He argued against the doctrine to simply lock people up.

“That is not the answer in most instances, but for those who are violent and continue to commit violence, that very much is an important approach,” Townsend said.

Townsend addressed the ineffective of services to send people into treatment on cases of loitering or panhandling, and that the struggle towards getting people on the right path is complex.

“And for those who think its a simple thing, it’s really not, its extremely costly to just assume that incarceration is the answer.” Townsend said. “We want to stop inequities based on race or income in the system, we want to keep the community safe.”

Chris Rowe, chairman for the New Castle County committee of the Delaware Republican Party, attended the town hall and provided his perspective on how the event was conducted.

“What is disappointing is the lack of people coming out to events like this,” Rowe said. “It gives you the opportunity to question those people, that make decisions that affect our lives on a daily basis. These events are good, we need to communicate.”

Rowe’s thoughts were echoed by Mat Marshalls, communications director at the Delaware Department of Justice.

“More than anything else, I am open to criticism on ways to get this out there more,” Marshalls said. “Excited is the wrong word, because I don’t want people to be upset, but if somebody has a complaint about not having heard about the event, that’s actually useful for me, it means that they may have a better idea on how we could reach them.” 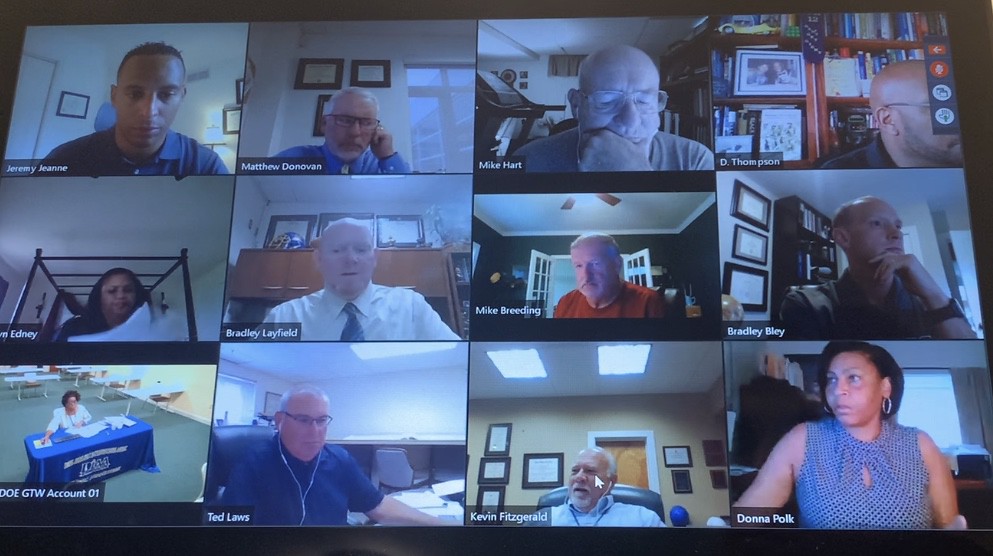