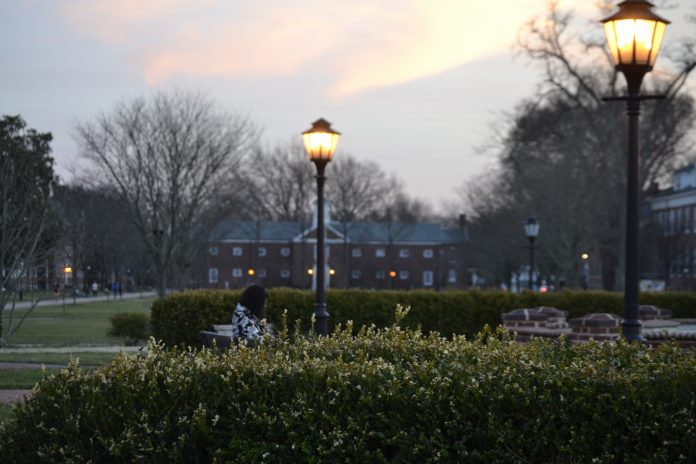 Student frustration towards the university continued to grow weeks after the alleged assault of a female student by a member of a fraternity. The slow response by the university has many students wondering whose responsibility it is to hold the administration accountable in times of crisis.

President Assanis put out a statement regarding the gender-based violence three days after the incident was reported, and two days after students marched down Main Street in protest of his lack of response. The statement acknowledged the delay, admitting that the outreach from the university was “not as timely as it could have been” and that the administration “all want to do better.”

“Not only do we have to hold the administration accountable, but ourselves as well,” Cohill said. “Are we adequately representing students?”

Junior Anya Sen said that students not only expect a statement from the administration in light of disturbing incidents, but that they also expect action.

“It doesn’t feel like they changed anything,” Sen said. “They just made a statement so they didn’t receive any of the heat for it.”

Senior Jacob Illum believes that the first step towards better communication between the administration and the student body is creating an environment that fosters more personal relationships and transparency.

“Their responses shouldn’t just be a generic statement on Instagram, there should be more personal relationships with the students,” Illum said. “I wish there was somewhere accessible where students can directly go where they know their concerns will be dealt with in a timely manner.”

The lack of transparency in relation to the university’s structure and values also reflect the confusion over whose job it is to represent the university’s values. According to senior Chris Mallozzi, when the president lets down the student body it is unclear who else they can rely on.

“Tell me who’s responsible for my well being,” Mallozzi said. “It’s Assanis and then who? It doesn’t seem like he is much more than a spokesperson.”

Senior Jack Fitzgerald said that the university’s lack of communication stems from a concern about its reputation.

Editor’s note: Anya Sen was previously a reporter for The Review. She left The Review in 2020 and no longer holds a position on staff.