Sarra Sundstrom/THE
REVIEW
Every spring, Mentor’s Circle becomes a venue for a pop-up farmers market selling local produce that turn out to not be that local.

Every spring, Mentor’s Circle becomes a venue for a pop-up farmers market selling local produce that turn out to not be that local.

Jessica Storm, a junior meteorology and climatology major who is interested in supporting local food systems, visited the market earlier this semester. When she inquired as to where the produce was sourced, she was told that the “local produce” was from North Carolina.

After that experience, Storm began to realize just how hard it is to eat local as a student living in a dorm and relying on the university’s dining options.

She began her initiative by talking with friends who shared her concerns, and soon after, formed a student coalition on the issue, which launched on Facebook under the name UD Farm to Dining Hall last month. Storm said she began the initiative to garner support and awareness for the quality of food that is provided to students.

The movement that Storm references is sometimes referred to as the “locavore” movement, a name for a way of eating coined by a group of women from the San Francisco Bay area. It is defined by a diet that is all or mostly comprised of foods grown or harvested within a 100-mile radius. To many locavores, the diet is a way to support communities and small-scale agriculture that employ farming practices that do less harm to the environment.

“The idea is that you are consuming foods that are grown locally, thus reducing petroleum use to move those products from point-A to point-B,” Chris Williams, a professor of wildlife ecology at the university, said. “Only in the past five years has the locavore idea become more obvious. It took everyone stopping for a second and thinking, ‘What is the real cost of foods when you think about shipping foods across the country?’”

Awareness of local food systems has grown over the last decade. According to the United States Department of Agriculture, the number of farmers markets has nearly tripled in some areas, and “locally grown” has become a trending topic among food professionals.

Currently, Mike Popovich, the farm manager for the College of Agriculture and Natural Resources, oversees the university’s own piece of the local food system, a two-and-a-half acre certified organic farm.

Popovich currently works with local restaurants to integrate his organic produce in their supply chains, including popular locations on Main Street such as Taverna, Grain, and Home Grown Café. When in season, produce is available to the general public at market stands on South Campus.

One challenge with integrating the local food system in the university’s dining is that the seasonality of harvest season does not line up well with the semester system. Tomatoes are only available through the first month of fall semester, Popovich explains.

Much of the harvest happens when students are on break, but student-athletes are one group that benefits from the bountiful summer season. Popovich works with the university’s sport nutritionist to provide the farm’s organic produce to athletes, who often come to campus early to start their summer preseasons.

The farm is a great opportunity for some students to get affordable, local vegetables. Popovich said that he wants to make healthy food affordable to students, and when it comes to the farmers markets at the farm, sets his prices accordingly.

“My prices are reflective of a conventionally grown crop, not an organic crop. I don’t think you should have to spend an arm and a leg to eat organic,” Popovich said.

However, for the 40% of students who live in on-campus housing, buying produce is not practical for those who live in residence halls and rely on one of the university’s required meal plans.

The food available to these students, along with the produce at the farmers market in Mentor’s Circle, comes from the university’s food service provider, Aramark. The company provides meals for all the dining halls, food courts, Provisions on Demand locations and catered events with more than 15 people.

Currently, there is little effort to integrate local foods into their supply chain.

“It was built into the contract with Aramark that we don’t have the right to use our own organic foods,” Williams said. “It’s one of those things that sounds crazy, but it’s in the contract.”

The push for the integration of local and organic food in the dining halls has been a topic among faculty for some time. Williams, the Faculty Senate President, introduced a resolution to the Faculty Senate last fall that formally urged the administration to enter discussions with Aramark and encourage the distribution of student-grown organic food within the university’s own food system.

The resolution passed, and according to Williams, the local foods initiative will be one of the considerations when the university enters their renegotiations with Aramark sometime in the future. According to those who are pushing the initiative, the availability of local options in the dining halls will have to start small scale. This might look something like a station in Caesar Rodney offering small plates made with local produce when in season.

“Aramark has expressed their support behind this, that it is feasible to do,” Williams said. “But the final paperwork still has to happen.”

The timeline for this initiative is still unsettled, and there has yet to be a formal agreement to integrate the food system.

When it comes to precedent, Storm pointed to the University of Maryland, a comparable university to Delaware, that recently broke its contract with Aramark and feeds 20% of its campus with its farm. 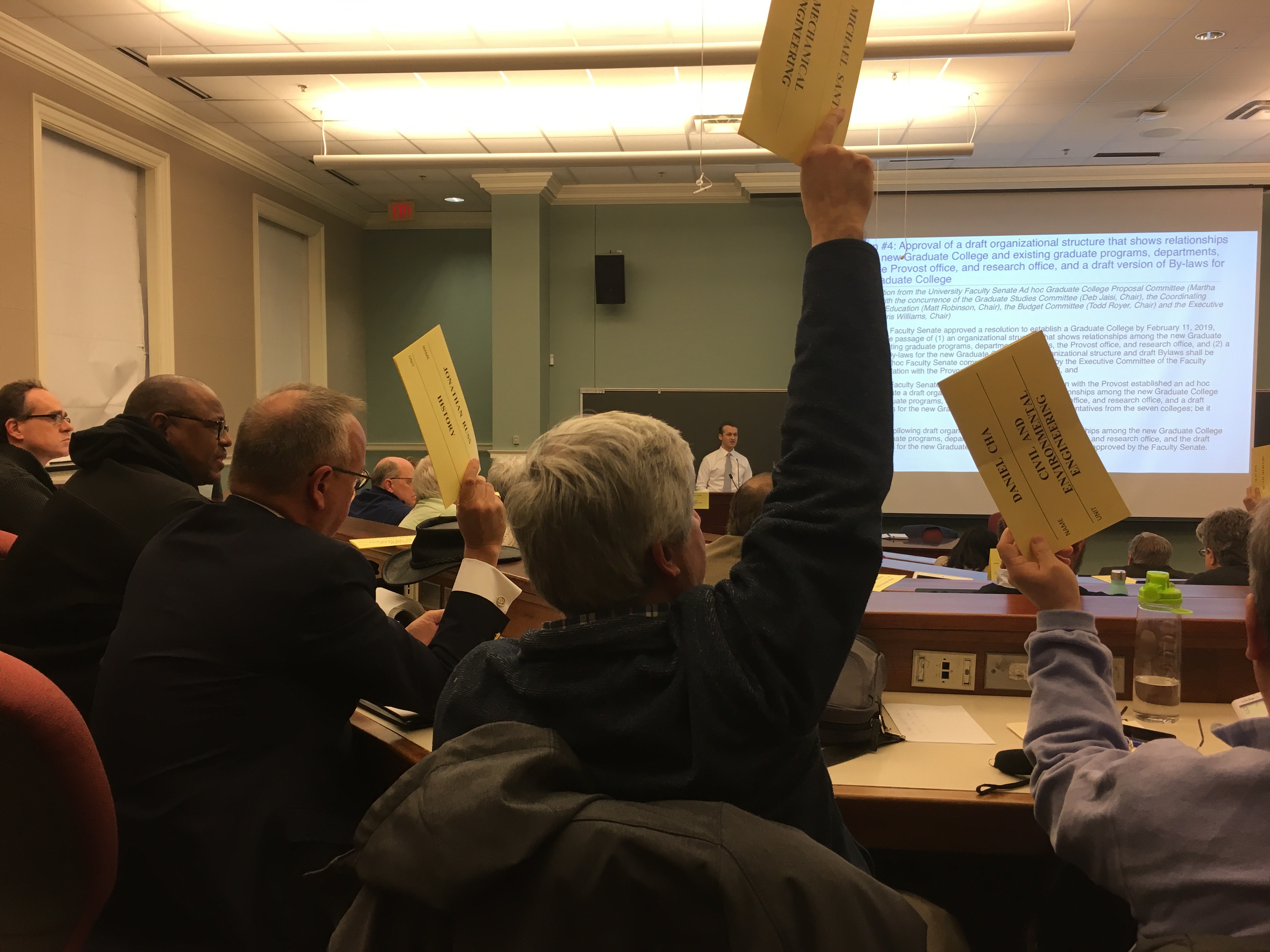