Michael Slezak/CREATIVE COMMONS
The U.S. and Mexico border had been the subject of President Trumps attention prior to the midterm elections.

With only days until elections, the U.S. President Donald Trump drove hard on Mexican border immigration. In the two years since the inauguration, the rallying chant “Build that wall” has failed to materialize a single brick, yet voters remain divided.

Trump, leading up to the Midterms, hit the same anti-migration note harder than ever to whip up votes. But even a day after elections, the caravans were gone from the news.

Student feelings about the issue are mixed.

“I think he’s trying to send a message, he isn’t playing around with this immigration rule, you’re either on the Trump team or you will lose the elections,” Alexa Adams, the College Democrats’ director of communication, said. “He says he is putting American interests first when he gets tough on immigration policies, but he is actually going against American values.”

In the face of this mid-fall blizzard of polarization and sensationalism, university students have struggled to react. The volatile political climate forms the proving ground for student organizations, whom in reaction voiced concern and confusion, yet hope for positive change.

Adams said her organization generally attempts to push past merely reacting to Trump’s tweets and policies. Members discuss the issues they disagree with, whether it be immigration policy or the Brett Kavanaugh Supreme Court appointment, rather than announce what Trump has done to “mess up the world” that week, Adams said.

As Midterms came and went, migrants approached the U.S. southern border with Mexico. Now more than 1,500 miles away, a caravan group of an estimated 5,000 South Americans is marching steadily towards the border city Tijuana, just south of San Diego. When visualized on a map;

Courtesy of Kevin Travers via Google maps
Walking distance to the border from the current caravan location.

it can be seen that the caravan is well over 20 days away by foot if no time is taken to stop and rest.

Though still weeks away, Trump ramped up his assaults on these immigrant asylum seekers. Trump has focused much of his presidential work on polarizing the immigration issue to rally his base voters in support of the GOP, with some success.

Casey Moore, a senior at the university, spoke on behalf of No Generation Left Behind, a refugee and asylum seeking advocacy group on campus. Though not dealing directly with the current U.S. Mexican Border migrant issue, Moore said that the Trump administration’s Muslim travel ban policy from 2017 halted their ability to advocate for Syrian refugees. Moore said her organization sides with the migrant caravans, as they too are trying to escape violence and find a better life.

In a statement two weeks ago, Trump announced plans to station over 5,000 U.S. military troops along the border, intended to stem the wave of migration he sees as dangerous, calling the incoming caravan an “invasion.” Trump, on Halloween, announced a decision to deploy anywhere from 10,000 to 15,000 more troops along the border — a force reported by ABC News to be three times the amount of soldiers currently stationed in the Iraq war zone.

In response to the troop movement, Moore said it was more fear tactics, Trump “flexing his muscles.” Moore noted that the United States has signed the Universal Declaration of Human Rights, which states everyone has the right to travel and to seek asylum. She said the current administration does not uphold this ideal, and instead uses fear tactics to scare people into voting pro-Trump.

“It’s interesting the way politics are changing,” Moore said. “Jeff Sessions has limited those who can apply [for asylum]. The limit for asylums seekers was at 110,00 individuals, but now with Trump it is down to 30,000. And we’re not even letting in that many, that’s just the limit.”

Moore said attempts at passing bipartisan immigration legislation have failed in the past. Sen. Chris Coons and the late Sen. John McCain had attempted to work across the aisle this past spring with immigration reform, but were not able to find the votes. Now, the current administration is using fear tactics to rally its own base, Moore said.

Last week, in an interview with Axios, Trump talked about his plans to change the birthright clause of U.S. citizenship via executive order, stopping the possibility of “anchor babies.”

Adams responded to Trump’s executive order plans. Adams said the College Democrats are opposed to the removal of the birthright clause, and Adams sees it as another way to deport children and separate them from their families.

“These children are not people who have done badly for our country,” Adams said. “He [Trump] sees them as a threat, but they could help the economy and the country by staying here. Trump blames a lot of what has happened, from crime to gun violence on immigration, but I do not agree with that.”

Julia Moch, a daughter of Polish immigrants and a sophomore at the university, said she would not be affected by Trump’s potential executive order, but sides with immigrant families that would be hurt by a removal of the birthright clause.

“I can’t imagine how this would change the lives of so many families that came here to try to better their lives,” she said. “Personally I don’t think its fair, if you’re born on American soil you are an American citizen, just like so many other countries. It’s just going to alienate us from the rest of the world and make us more unwelcoming.”

According to the World Atlas, over 30 countries offer birthright citizenship, many of which are prominent Western nations such as Canada.

Moore said students can push past these fears by attending protests and petitioning their representatives for change. No Generation Left Behind is currently fighting for a scholarship fund for refugee students at the university, as part of their efforts to circumvent Trump’s holds on asylum seekers.

The more students get engaged by through educating themselves, the better Adams said. Adams said calling a local representative, speaking up about what you believe in is vitally important. She said women in particular have been pushed to speak up to defend themselves and their rights to their bodies.

“Some things Trump says stir up lots of debate. Some students are engaged on the university campus that might not be otherwise,” Adams said. “Lots and lots of more women are in politics, running for midterms in reaction to the president. Unfortunately it has taken this [Trump’s policies] for more women and others to come to the table, but they realise this is time.” 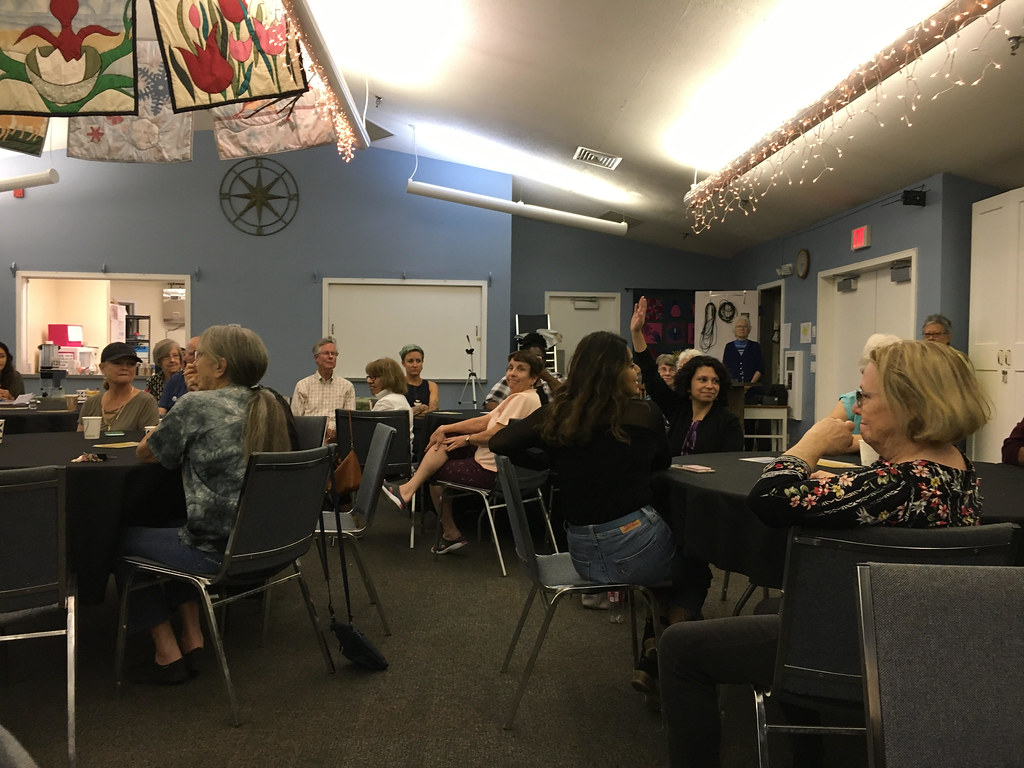 We see you: “An Inside Look at Immigration on a Local Level” offers fellowship and perspective

In bringing together members of the community, it showcased how immigration is a topic that has bearing down to the local level.