Students research history and legacy of racial inequality at university 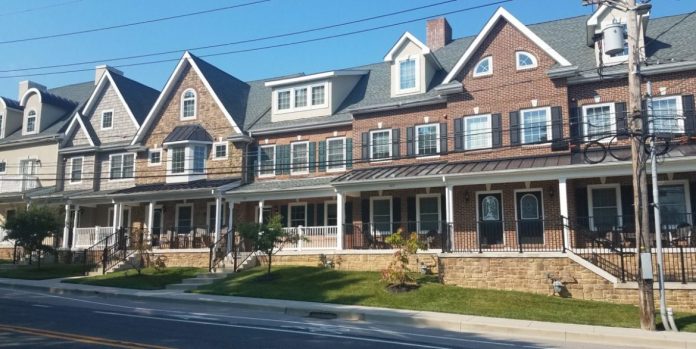 On July 13, the UD Anti-racism Initiative published summaries by undergraduate students who conducted research regarding the history and legacy of racial inequality at the university. Sponsored by the History Department and the UD Anti-Racism Initiative and funded by the Ray Callahan Experiential Learning Fund, these studies are part of an ongoing series of examinations of university history.

Reverend Eliphalet Wheeler Gilbert and Andrew Gray were two early members of the university’s Board of Trustees. Redmond decided to focus his research on these influential figures — specifically, whether or not they enslaved people.

“My decision to research early members of the Board of Trustees was mainly based around the fact that we have the Board of Trustee notes from right up to when the university started,” Redmond said. “It’s a really neat document and I’m glad I had the opportunity to work with UD’s archives. I was really interested in learning more about the roots of the University of Delaware, and I was able to do that with my research.”

According to Redmond, there are “no indications” that Gilbert was an enslaver in any available records. However, he did support the American Colonization Society, an organization that supported ending slavery but believed that the freed slaves should be sent to Africa.

“I’m from Pennsylvania, so I was coming into this project with no prior knowledge about Delaware’s history, and I was absolutely shocked that Delaware was absolutely terrible about slavery,” Redmond said. “My preconceived notion was that slavery was not an issue in Delaware, but that certainly wasn’t the case.”

Collin Willard, a senior public policy and history double major, published an article titled “Beyond Its Limits: A Case Study in University Expansion and Gentrification in Newark, DE.”

In his research Willard explored the relationship between the university and the local Newark population during the mid-20th century, specifically how policy changes and real estate acquisitions contributed to the gentrification of neighborhoods like the New London Road community.

“I researched the New London Road community because I thought it would be interesting to focus on recent history in Newark,” Willard said. “I also drive through this stretch when going back and forth from my hometown. It was the first part of Newark I saw when I first came to campus, and so it was really striking to think about what the community used to be versus what I know it as today.”

In 1968, the university began to encourage students to live off-campus. A development plan released in 1971 further stated that the university was looking to reduce the percentage of students living on campus from 60 percent to 40 percent. As a result, the university did not construct any new dorm facilities until 1991, despite the fact that, according to Willard, the university “grew by over 4,000 students during the 70s and 80s.”

The New London Road community was uniquely impacted by these changes. Its proximity to the university made it a more attractive area for developers, who were able to buy the “substandard” quality homes for cheap and redevelop them as off-campus housing locations. The residents of the primarily Black community were ultimately displaced by white upperclassmen students forced to live off-campus due to university policies.

Willard described the university’s actions at the time as “hypocritical.”

“Administrators allowed the Scarpitti Report to be published, which outlined priorities for diversifying the campus, making it seem as if they were committed to principles of anti-racism,” Willard said. “Administrators talked the talk when it came to on-campus diversity efforts, but the university’s policy changes and real estate acquisitions behind the scenes displaced Black residents in Newark. It shows how large institutions can make it seem as if they are anti-racist without actually embodying the principles of anti-racism.”

Willard claimed that these changes were ultimately centered around diversifying the white student experience at the university rather than helping Black communities, as demonstrated by the displacement of the New London Road community.

“For me personally, I took a lot away from this in the context of city planning,” Willard said. “I’m pursuing a career in city planning, so this provided me a lot of insight into how large institutions can expand at the expense of residents. The university did not serve Newark’s Black residents in the capacity that it could as a flagship institution, but its expansion had a major effect on their lives.”

Editor’s note: Collin Willard briefly covered sports for The Review. He no longer has any affiliation with the paper and last wrote for us in October of 2019.