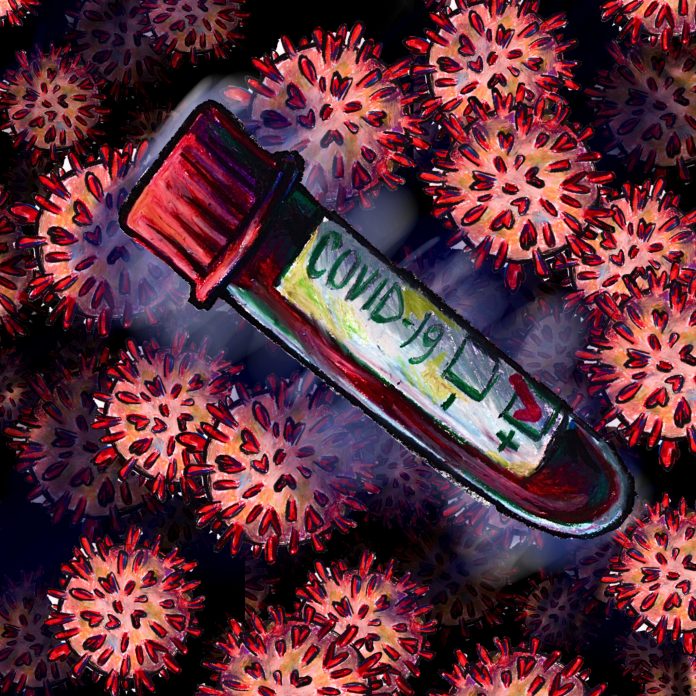 Beginning Feb. 15, the university is requiring mandatory COVID-19 testing for all students living in residence halls, and will be administering random testing to those living off-campus.

There are many testing options available to students run by both the university and the state, but scheduling testing around classes and activities has been challenging for students during the fall and winter semesters. With more students returning to campus for the spring semester, those challenges may become even more difficult.

According to many students, the university-offered testing is fast and easy. There is almost no wait time, and students receive their results the same day or the day after they are tested.

“I would say UD’s testing sites are pretty efficient,” Carter Vaughan, a resident assistant (RA) for the fall and spring semester, said. “I’ve never really had to wait too long when I went for an appointment. It’s really spaced out, so you never feel like you’re in a crowd of people, so you can safely wait for your test. They always have the nursing students there to help you with the steps if you haven’t done it before.”

Students trust the university to provide accurate and safe testing. The university is able to do all their testing in their labs rather than relying on the state.

“Over the fall semester, we did over 21,000 tests,” Dr. Tim Dowling, the university’s director of Student Health Services, said.

At the university’s labs, they are able to break down the different components of the virus to determine if it’s a positive result.

“[There are] really no false positives just because of the way we do the test,” Dowling said, in reference to the validity of the tests. “False negatives are really really rare. When it’s negative, it’s really negative.”

The university administers a saliva test where students spit into a tube, which is different from the nasal swab tests done at other locations.

“It’s pretty painless, obviously, ‘cause they’re not shoving the thing up your nose,” Vaughan said. “I appreciate that because that’s something that incentivizes students to get tested more frequently.”

In an effort to make testing as comfortable as possible, the university does not administer swab tests that go all the way into the back of the throat. Dowling joked that in the medical field, they call it a “brain tickler.”

In addition to the saliva test, the university also performs a swab test on STAR Campus every Saturday. While many students have questioned the validity of the saliva versus the swab tests, according to Dowling, they are almost the same.

The advantage of a saliva test is that there is more of a sample for the lab to analyze. However, the kind of testing done at off-campus sites varies, and there are some tests that the university doesn’t accept.

“We don’t accept antigen tests just because they’re not very sensitive,” Dowling said. “Antigen tests don’t amplify the part of the virus, it just looks for any particle of the virus that might be there.”

Antigen, or “rapid” tests, may miss a positive result if the person has a very low number of virus particles in their nose. Compared to the saliva test and nasal swab, antigen tests are considered to be significantly less effective.

“Antibody tests don’t really help us either,” Dowling said. “We’ve gotten things where people have handwritten that they tested negative, and those aren’t official results. It has to be an official lab result.”

The university also tests symptomatic students and isolates them from the rest of the campus community in either quarantine or isolation housing.

“For people that are sick and have symptoms, we can do nasal testing also,” Dowling said.

Becca DelCore, a student living off-campus, was exposed to COVID-19 during the fall semester and went to health services to be tested and eventually quarantined.

In addition to testing, health services also provides isolation housing to sick students until they are better and can’t infect other students. According to DelCore, health services was able to get her results to her in five minutes.

Another option for students is to submit their results from another site to the student health portal. Because mandatory testing is required once a week, residence hall students will have to be diligent about uploading their results to the portal.

“There will be a little bit of a delay, so if you’re cutting it close to the one-week period, you may actually get something from the office of Student Conduct,” Dowling said. “As soon as you get your results, upload them right away.”

Students, like DelCore, who lived off-campus in the fall and winter, went to state-run sites out of convenience.

There are many state-run testing sites that students can walk or drive to all with different times and testing methods. But state testing sites change location often which can be frustrating for students.

“There’s a lot of them, but they keep changing,” Cleo Zografos, a student living off-campus this year, said. “The one that I’ll go to will just go away and never be a testing center again.”

Zografos said she received a false positive test from an outside testing site and had to receive two more tests to confirm she wasn’t sick.

“One time, two of my roommates tested negative, and I tested positive, and I was very confused because I didn’t know what was going on,” Zografos said. “It was the worst thing ever. I had just seen my parents, so I was freaking out.”

The Hudson State Center is one of the closest sites available to students off campus at 501 Ogletown Road, next to the Wawa. As of the publishing of this article, this testing site is permanent.

“It’s close by so it was easy for me to get there,” Emma Eldridge, Zografos’ roommate, said.

Another testing site close by and familiar to some students is the Newark Urgent Care located at 324 E. Main St. However, offered tests are limited here.

There are only 20 available appointments for asymptomatic patients and 40 for those with symptoms. Symptomatic testing is treated as a sick visit, and will be charged through insurance.

A lesser-known option for students is to request an at-home testing kit. Students can go to Delaware’s government website to request a test kit. This test is done by the student and mailed back to the state.

Students can still visit STAR Campus every Saturday to get tested. There is also walk-up testing available on Laird Campus.

Other testing sites that are farther from campus but may be more convenient for students with a car include: Christiana Care, New Castle State Center, and some pharmacies like Walgreens and Rite Aid. The Walgreens on Main Street does not offer testing currently, but there are many other options close by.
Testing sites and their testing information can be found at Delaware.gov or at curative.com.