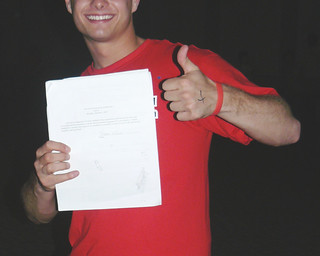 The use of test banks, collections of tests that have been given back to students by professors after they have been taken and graded, is a popular practice for clubs and Greek organizations on campus, taking advantage of the ethical gray area that surrounds their usage.

Some think test banks are a dishonest way to abuse the testing system, while others believe it is simply another resource students should use to receive higher grades and increased academic success.

Adam Cantley, assistant director of Fraternity and Sorority Life, stated in an email message his department does not police the use of test banks by Greek organizations.

“We don’t ask or assess if chapters have test files,” Cantley said. “We want all chapters to work to be academically successful and uphold UD academic policies. We are proud of academic achievement of the UD Greek community and hope that success continues.”

Scott Mason, associate director of Fraternity and Sorority Life, stated in an email message the issue of chapters keeping collections of past tests is not addressed under the current policies of his department. He said he thinks professors have adapted to the changing information distribution landscape.

“In this day and age of the internet and data, most professors change up exams all the time because it is very easy given multi-media for exams or tests to be passed on to other people,” Mason said. “And again, professors have gone to great lengths to prevent this from happening.”

STOCK PHOTO/THE REVIEW
Brothers from various fraternities on campus confirmed their use of test banks.

The Office of Student Conduct lists seven definitions of cheating, several of which could conceivably restrict test banks, though they are not specifically named, nor is the distribution of already graded tests between students. The Office’s rules for academic misconduct apply primarily to the illicit acquiring or distributing of unadministered tests but do not address actions regarding already administered exams.

Students from several different fraternities and sororities on campus confirmed their organizations keep old tests in order to distribute to other members of the group. One student from a sorority, who asked to remain anonymous, said her sorority does keep a test bank in their house. She said she thinks it is an advantage for her sisters, but there is a fine line between keeping the bank and cheating.

As for whether or not professors hand back tests to students after grading them with the sole intention of those specific students gaining proper enrichment for future classes, she said she believes for the most part, teachers know what position they are putting themselves in. Most professors, she said, are not so naive that they would think their tests would not somehow make their way into other students’ hands.

In contrast to Mason’s thoughts, she said she has experienced classes where she knew the final exam would be the same exact exam that had been given to other classes during previous semesters, with no changes or alterations made to questions. She said she had seen that test being distributed among other students in her class.

A member of an on-campus fraternity, who also wished to remain anonymous, said his fraternity has a small test bank, but he thinks the use of test banks is a fair, proper utilization of study resources for students. He also said it does not give students in Greek life an advantage over those who decide not to join fraternities or sororities, because other clubs and groups on campus keep test banks as well.

He said once a professor gives a test back to their class, the burden is then on the professor to change their test in order to prevent too much of an edge for students who get their hands on old tests ahead of time. He said he believes the majority of professors understand this and proceed to modify their exams accordingly, he said.

“I think the professors are encouraging students to use the test banks and give them out to other students so they can prepare for their tests better and get higher test scores, just by practicing more,” he said.

Once the tests are passed back, he said, they become public information and should no longer be thought of as materials that facilitate cheating, but rather, as materials that assist future success without violating any ethics.

The sorority member said she does not think the university should enact restrictions on test bank collections, or even attempt to, as it would not garner any positive results. Instead of this, she said, the school should focus its efforts on making sure professors are not issuing carbon-copy exams every semester, which would reduce the impact of test banks anyway.

“It’s kind of inevitable, it’s been going on for so long that even if the university was to crack down on it, it goes on behind closed doors,” she said. “They could try, because it is a form of cheating, but students will find a way around it. You don’t need a formal test bank to share your tests with your friends. You’re always going to look out for each other.”