Textbook publishers may use controversial tactics to sway professors 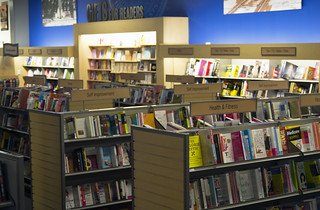 Randi Homola/THE REVIEW
Some professors claim textbook publishers use incentives to convince professors to use their books.

College students are well aware of how expensive textbooks can be each semester. According to a political science professor, though, the textbook publishers are not the only ones making money from students buying their books.

Some professors partake in a practice where, after being approached by textbook publisher representatives, the professor will receive an incentive for assigning their books to a class, said Sheldon Pollack, a professor of law and political science. If a professor writes a textbook and assigns it to his or her class, the professor receives some royalties from the publisher, he said.

“There is some question if there is a conflict of interest—are they assigning the book because they want the money or is it the best book for the students?” he said. “I never assign my book in any of my classes, but if I did, I would donate the royalties to a charity or fellowship because I wouldn’t be doing it to make the money, but I don’t like the appearance that there might be a conflict of interest.”

Publishers will also send professors textbooks to review them and the professor receives a fee in exchange, in hopes that the professor will assign the book to the class, Pollack said.

“Publishers make a big profit on expensive books, so I’m valuable to publishers because they really want me to assign textbooks, so I have a dozen different textbooks that are the same,” he said. “That’s clearly improper if I get money contingent on assigning my book because it’s a bribe.”

The Wall Street Journal offers professors a complimentary one year subscription if 10 students in the class subscribe to the online version, according to an email sent to professors.

At the end of the semester, publisher representatives will wander the halls around professors’ offices trying to buy used books, Pollack said.

“I get tempted, so I’ve done it a few times, and I’ve felt bad about it, but my practice is throwing it away or letting [the book] sit until they aren’t valuable anymore,” he said. “That hurts the publisher too because now there is a used book being sold somewhere for cheaper.”

Gary Weaver, a professor of management, said he had only heard about these practices between professors and publishers a few times but has never experienced them himself.

“The practices I’ve heard of are things where maybe a faculty member is promised a certain amount of money for a return of giving the publisher feedback for use of the textbook,” he said. “I’ve never heard of a blunt or unvarnished bribe or payment as much as it is setting up a situation where it is at least the appearance of the faculty member providing a service to the publisher where the faculty member gets paid or goes to a social event sponsored by publisher.”

If a professor chooses a textbook based on his or her interest in the possible profit that could be made, then the relationship of trust between the student and the faculty member is broken because the student’s best interest is not being fulfilled, Weaver said.

Brian Belardi, director of media relations for McGraw-Hill Education, denied that the publishing company offered incentives to professors in exchange for using and reviewing its textbooks in an email statement.

It is very common for professors at any institution who teach large introductory courses or courses with multiple sections to be contacted by publishers, as they are easy targets with access to many students, Pollack said.

Weaver is not convinced these practices are as widespread as they may appear.

“Even though I’ve seen people talk about this happening, I don’t think anyone has an idea of whether this is a serious issue across higher education or if we are just seeing a few cases being repeatedly mentioned,” he said.

In February 2014, the New Jersey legislature passed the Textbook Access Act, which included a clause barring incentivized relationships between publishers and professors.

“No employee of a public institution of higher education shall demand or receive any payment, loan, advance, goods, or deposit of money for adopting specific products for coursework or instruction,” the act states.

Will publishers be able to speak on professors selling textbooks at the end of the semester?