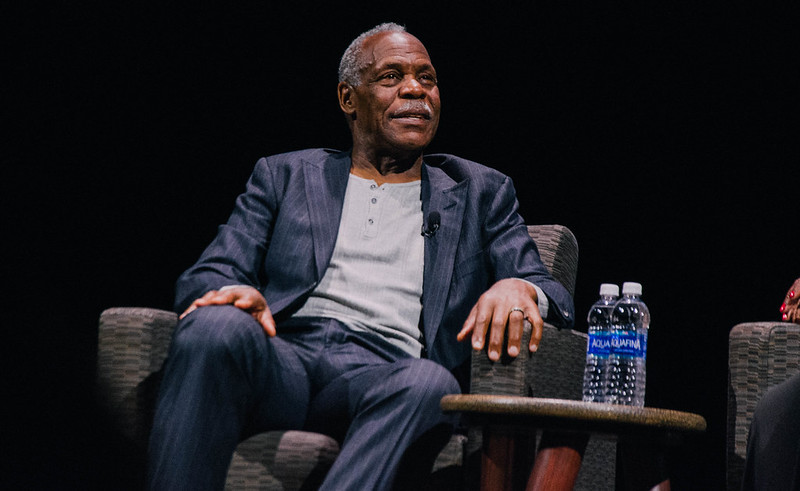 Danny Glover strolled through the door of the Center for Black Culture (CBC) with a smile spread across his face, crooning a line from a bluesy song. The actor and humanitarian settled in for a moment of rest before the night’s event began. He hummed as he checked the messages on his phone and reflected on his cause.

“What is the sociology that we create for transformative change?” he asked, adjusting his black-and-gray polka dot scarf.

His question shaped the foundation of Thursday night’s conversation: the idea of art and culture as vehicles for social change. He not only spoke of activism, but also of oppression, race, love and relationships, fatherhood and most importantly, happiness.

The CBC arranged this event as part of their annual lecture series, the Black History Month Extravaganza. The actor, known for his roles in the “Lethal Weapon” films, came to the university once in the 1990s. Knowing that, CBC Director Kasandra Moye thought it was perfect to bring him back in honor of Black History Month, and in honor of the CBC’s anniversary.

Glover even took a selfie with university president Dennis Assanis. Assanis says it was important to have Glover at the university because his values mean something for both students and faculty.

Glover’s appearance was co-sponsored by groups such as the Black Student Union (BSU), the Cultural Programming Advisory Board (CPAB), and the Alpha Psi Fraternity, Inc. In celebrating the history of the CBC, they were celebrating its 40 years of providing support for many Black students on campus.

Like Moye, junior communications major Gabrielle Smith also spoke of liberation, addressing the event’s attendees. Before Glover took the stage, Smith and other student leaders from various organizations in the Black Leadership Council (BLC) presented short speeches about why they were there, and what the CBC meant to their college experiences.

She also thanked the CBC for being both the “birthplace of my belonging and the bridge to my liberation.”

Mark White, a senior civil and environmental engineering major, served as an MC for the event. He acknowledged the integral role that the CBC plays for many Black students on campus, and says it is a “home base that has helped me get more involved.”

When asked one thing he would tell other students about the Center for Black Culture, White had a suggestion for his peers.

“Come out to things other than just the CPAB spring concert,” he says.

Casey Miller, a senior psychology major, says she always felt as if there was an expectation to be black or at least a minority in order to attend CBC-sponsored events. This has kept her from attending those events in the past.

“I’ve been to the spring concerts and I really like them,” Miller says. “But every time I see a flyer for something else that CPAB is throwing, I just assume it’s for the minority and African American students on campus.”

She was glad she came out to the Danny Glover lecture, even though she did it for extra credit in a course. She says she is looking forward to potentially attending more CBC sponsored events in the future.

During his own studies, Glover gained an interest in a topic he mentioned throughout his talk: activism.

While studying at San Francisco State University in the mid-60s, Glover joined the Black Panther Party and was involved in many protests. He saw students reading poetry and realized that art could be a useful tool in bringing important issues to the conversation.

“Artists understand our capacity as human beings,” he says. “They connect who we are in the service of justice and truth.”

The most important question, he says, is to ask ourselves what it means to be a human being. He spoke about how art can answer that question and bring light to all important issues that the country is dealing with, especially the issue of race.

He sat at the edge of his seat as he told the crowd that “we are in a battle for America’s soul right now.”

There was a cry of applause from the audience as he continued to explain: this battle has been going on from day one, as the country has never apologized or understood the full ramifications of slavery.

As Glover spoke, he shared with the audience a message of truth, and of change.

“We understand that we have to be capable of looking at the truth, and being able to listen, to have empathy, to love, and to understand,” his voice lowering but eyes still gleaming. “We, as citizens, are the elements who can transform our world. That’s what pushes me every day.”