The hijacking of black culture 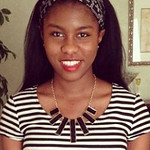 Was Elvis Presley the real king of rock ‘n’ roll, or did he steal the sound of African American artists and make it his own? Did actress Bo Derek bring braids to the American mainstream, or was she mimicking the style created by African Americans generations ago? These questions have been the center of debates for years, concerning the contributions of African American people to American culture.

African Americans have had a significant impact on popular culture in the realm of music. Mainstream artists like Elvis Presley and Jerry Lee Lewis are credited with the popularity of rock ‘n’ roll, but its original source came in the form of gospel, blues and rhythm, all created by black artists. Songs like “Hound Dog” became an instant hit for Elvis Presley, as well as one of the most recognizable pop songs in history, but was originally recorded by a black artist, the rhythm-and-blues singer Ellie Mae “Big Mama” Thornton.

Rapper J. Cole posed the question about race and music in his lyrics for the 2013 hit song, “Crooked Smile” when he asked, “I ask if my skin [was] pale, would I then sell like Eminem or Adele?” There are many more examples of white musicians who have appropriated the style and sound of black musicians, and as a result gained the approval of white America. So why is it that black artists like 50 Cent are frowned upon, while his white counterpart Eminem has experienced record-setting sales and nationwide popularity?

Similarly, “twerking” was started in the early ’90s during the creation of New Orleans Bounce music , but was recently introduced to the pop world by singer/actress Miley Cyrus in the music video for her hit single “We Can’t Stop.” Twerking is currently the newest craze in popular culture, but in 2008 it was at the center of controversy for BET’s lightly censored, late-night music video program called “BET: Uncut.” Ultimately, the show was canceled in 2006 after receiving backlash from the media. So how is it that a white artist can be celebrated for doing what black women have been frowned upon doing for years?

African Americans have also had an extensive impact on popular fashion trends. Most recently, Forever 21 launched a new line of t-shirts called “Straight Outta Compton.” The announcement of the line included a photo of white models wearing shirts with logos that read, “Ice Cube,” “N.W.A.: The World’s Most Dangerous Group” and “City of Compton.” Companies like Forever 21 continue to emulate the trends of “urban” areas, and then sell them to consumers who are comfortable wearing “Compton” t-shirts, but have probably never even been to Compton.

It is ironic that the shirts seem like appropriations of black culture, but Forever 21 choses to display them on white models instead of black ones. So, appearing black is “cool,” but actually being black isn’t? After endless backlash from the media, Forever 21 pulled the t-shirts from their website, and has failed to issue any explanation for their actions.

As a black teenager today, I have witnessed white America demonize young black males like Freddie Gray, Mike Brown and Trayvon Martin, while also imitating their style of dress—wearing hoodies, low riding pants, fitted hats and expensive sneakers. It is unnerving that black people continue to have such a strong impact on popular culture, but are still fighting to gain popularity as a people in the eyes of American society.

Co-opting black culture, or the adoption of specific elements of one culture by another, has, and will likely continue to occur. The question remains, however: will black culture remain popular, while black people do not?