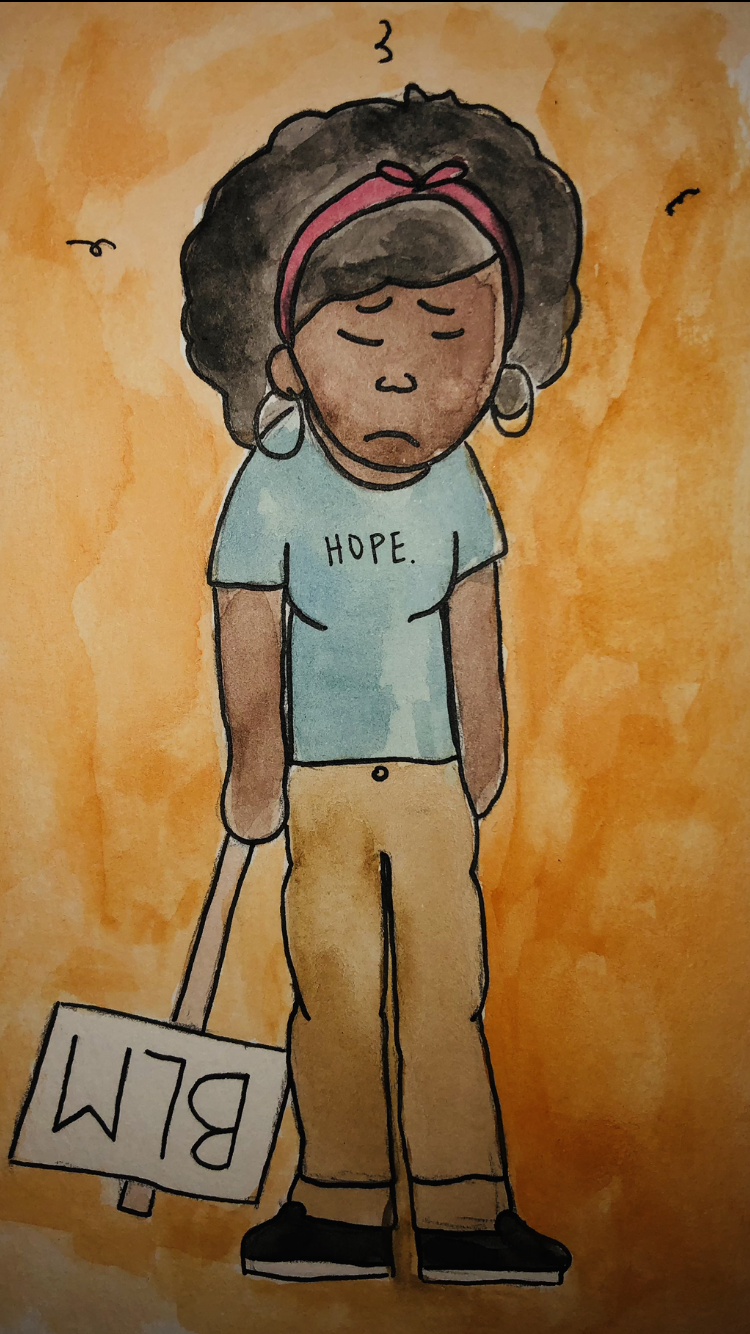 Allison Neslund/THE REVIEW
Advocacy can be a tiring job, giving rise to a concept becoming known as “advocacy fatigue.”

Jennifer L. Martin’s book “Racial Battle Fatigue: Insights from the Front Lines of Social Justice Advocacy” defines the term “racial battle fatigue” as being used to “describe three major stress responses — physiological, psychological and behavioral — and involves the energy expended on coping with and fighting racism that is exacted on racially marginalized and stigmatized groups.” Martin gives the concept of daily microaggressions as an example of dealing with everyday racism. A more general term to describe this concept of fatigue is “advocacy fatigue,” which encompasses all advocacy, not just racial.

Movements supporting feminism, LGBTQ rights, mental health awareness and the Black Lives Matter Movement all have supporters that would call themselves “advocates.”

Professor Lindsay Hoffman, associate professor of communication and political science and associate director of the Center for Political Communication, mentioned poll workers as advocates being targeted.

“We’re seeing poll workers targeted right now… but they’re working to do the people’s work in this country, which is to count all the ballots.”

Thinking of the concept of advocacy for racial justice entails fighting for the right to be a minority in America. Forms of racism like microaggressions are common yet draining on advocates.

Microaggressions are statements that hint at discrimination against a minority. An example is a comment like “you speak English very well” to a person of Asian descent. A comment like this can come off demeaning because it makes the assumption that every Asian person does not know how to articulate English. Another example is when white people touch Black people’s hair because it is “interesting.” This makes an assumption that any culture that is not white is different. Microaggressions like these are draining and a main cause of fatigue.

Melissa McClenton, vice president of the Black Student Union (BSU) for the university, says that she can’t always enjoy being a Black woman because of the microaggressions that she has experienced.

“I’ve gotten several comments about being mean and aggressive from other students in class when I stand my ground on my ideas. I’ve seen the same behavior from non-Black people in my classes and everybody just goes along with it,” McClenton says.

She described microaggressions as exhausting because they are impossible to escape and sometimes make her work at the BSU exhausting and depressing.

“Explaining to people the realities of this country and the fact that every system in this country was built off of racism, white supremacy and genocide, and then having to convince people.” McClenton says. In addition, she says that there’s a sheer lack of acknowledgement.

Advocacy can be a burden. Many people have either a brief stint in advocacy or make it their life’s work. Nancy Karibjanian, director for the Center for Political Communication at the university, said that many give up on advocacy because of the mental toll it can take.

“I think people don’t have the mental energy,” Karibjanian says. ”Life is complicated…you have to get up in the morning and go to work and take care of your family and put food on the table; sometimes, there’s just not room for totally absorbing it.”

However, McClenton says that the benefits of advocacy often come later.

“To not be involved in racial advocacy in my mind is to kind of ignore and to accept what’s going on,” McClenton says. “And for as long as I can remember, I’ve never been someone that’s ever been comfortable with that.”

Self care is essential to being an advocate. While the movements that advocates fight for are important, so is the mental health and well-being of supporters.

McClenton offers the advice of choosing your own battles when it comes to maintaining a healthy balance.

“Every conversation has a mental toll…It’s not my responsibility to make people realize how they interact with the world,” McClenton says.

A lot of these realizations come from their own awareness, she says. McClenton also mentioned the importance of therapy.

“I’m fortunate enough to be in therapy…I don’t know how I’d be doing this if it wasn’t for therapy.” she says.

Advocating is a difficult endeavor. Some people will listen, and some won’t; but there is merit in speaking up as opposed to being silent and letting injustices continue. Advocates will continue to work for their causes in spite of advocacy fatigue or may give up trying.