The power of the meme 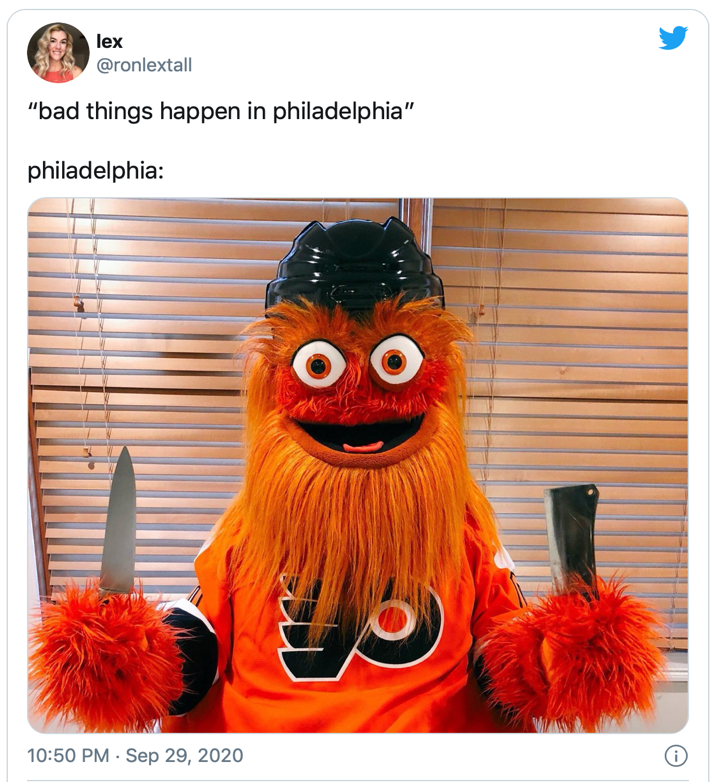 ​Twitter screenshot from user @ronlextall/THE REVIEW
We still don’t know how Chris Wallace is doing after his debate with Trump, but at least there are some good jokes about it online.​

We still don’t know how Chris Wallace is doing after his debate with Trump, but at least there are some good jokes about it online.

A compilation video was posted on Tik Tok of President Donald Trump speaking while using his rather “LARGE” hands. In between his hands is a photoshopped accordion playing as he speaks.

Meanwhile, the fly on Mike Pence’s head from the vice presidential debate was finally given the credit and respect that it deserves on social media.

“The Real (Debate) Housewives” was another meme that took Twitter by storm days after the debate. Twitter user Whitney Mitchell (@_whitneyAM) said, “Lord have mercy this debate sounds like a Real Housewives reunion…. where’s Andy Cohen?”

The “Bad things happen in Philly” meme has also been a popular one on Twitter, especially by Philadelphia sports fans who were offended by the sentiment.

But just how important is comedic relief during the presidential election?

Dr. Erin Cassese, an associate professor of political science, said she uses social media frequently and sees comedic posts about the presidential election on her social media feed “quite a lot.”

“Most of the accounts I follow on Twitter are about politics,” Cassese said. “I think a bit of comedy is great.”

Some of these politically-centered comedy accounts include Political Humor (@politicalhumor), Andy Borowitz (@BorowitzReport) and Jen Statsky (@jenstatsky), writer for Late Night with Jimmy Fallon, all of whose tweets gain a fair amount of attention and traction on these social media sites.

Dr. Lindsay Hoffman, a professor of communication and political science as well as the associate director at the university’s Center for Political Communication, studies how people process and use political information, in addition to the effects of said information.

Self-described as someone who uses social media and sees comedic posts about the election “every day,” Hoffman shared her opinion on the subject of memes on social media and their effectiveness regarding the 2020 presidential election. This election may be talked about as one that is different from other elections due to the candidates. To Hoffman, it is our communication methods that are changing.

“Memes are not new,” Hoffman said. “Memes in 2020 are not necessarily different from other campaigns, except that the way we are communicating as a nation now is largely online, so there is less face-to-face conversation about the election.”

Cassese also took the modern-day route when asked about how effective these memes are regarding the presidential election this year, and it could be because of the pandemic.

“I think people are probably spending more time on social media platforms than in past elections due to the pandemic, but frequent social media users aren’t representative of the electorate as a whole,” Cassese said. “Some people avoid political content as much as they can.”

Avoiding political content on social media is more difficult than it may seem, especially when certain family members are hell-bent on sharing political memes.

“Dear Guy” is a Q&A article on the TED Talk website under the “We Humans” column, written by Guy Winch. He answers anonymous questions that are submitted about relationships, jobs and families and recently received a question about “family members who keep posting negative and angry memes on social media about politics.”

“In my case, they post frequently about ‘[People of X political party] being dumb idiots,’” the anonymous user said. “I want to remain friends on Facebook with these relatives, but [it’s] hard to look at their almost daily postings about how ‘dumb’ someone like me is.”

Hoffman additionally mentioned Sarah Cooper, an author and comedian who is present throughout various social media platforms. She has also written a couple of bestselling books, one titled, “How to Be Successful Without Hurting Men’s Feelings.”

When asked about how often she sees memes on her social media feed, Dr. Hoffman mentioned Cooper as “a regular comedic representation of Trump.” Cooper often comments on Trump and the COVID-19 pandemic — with coronavirus being discussed frequently across the country recently, especially in the White House.

“Trump is literally just tweeting, all day, every day, he does nothing else. Honestly, I’ve never felt more qualified to be president,” Cooper tweeted.

Trump is literally just tweeting, all day, every day, he does nothing else. Honestly I’ve never felt more qualified to be president

When the White House Twitter account (@WhiteHouse) posted a tweet featuring photos of Trump, or better known as, “#coronavirus patient,” doing work inside his hospital site, Cooper had commentary at the ready. 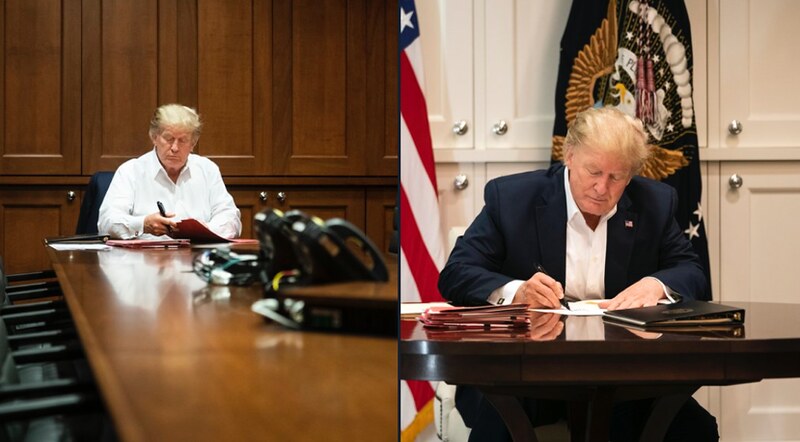 “I can’t wait for the real story behind these photos,” Cooper said. “Did he force them to let him do a photo shoot in one of their conference rooms? Did they bring a table into his bedroom? How many people are pulling their hair out keeping track of everything he touches so they can disinfect it.”

I can’t wait for the real story behind these photos. Did he force them to let him do a photo shoot in one of their conference rooms? Did they bring a table into his bedroom? How many people are pulling their hair out keeping track of everything he touches so they can disinfect it https://t.co/Bgb2EKtcrd

Hoffman attributed another name in her discussion about the importance of memes: Richard Dawkins. Dawkins, an author, was previously known as the University of Oxford’s Simonyi professor for the public understanding of science for a number of years.

In a Smithsonian Magazine article titled, “What Defines a Meme,” author and science historian James Gleick informed readers about the science behind the meme, using quotes and biological ideas from the writings of the former Oxford professor himself.

“Like genes, memes have effects on the wide world beyond themselves,” Gleick said.

The science historian also quoted Dawkins from one of his published books about evolution titled “The Selfish Gene,” published in 1976.

“I think that a new kind of replicator has recently emerged on this very planet,” Dawkins wrote.

“Dawkins proposed a name [for the replicator],” Gleick said. “He called it the ‘meme.’”

Dawkins also used his knowledge on evolution and biology to elaborate on how memes are transported between humans, other than the modern use of reposting and retweeting. Gleick thought of this as a competition “most of all for attention.”

“Memes propagate themselves in the meme pool by leaping from brain to brain via a process which, in the broad sense, can be called imitation,” Dawkins wrote.

Gleick included a list of things that can be expressed through memes: Ideas, tunes, catchphrases and images. He used philosopher Issac Newton in his expression as an example.

“No more than a few thousand people has any idea what he looked like, even though he was one of England’s most famous men,” Gleick said. “Yet not millions of people have quite a clear idea — based on replicas of copies of rather poorly painted portraits.”

The right meme can stick with viewers for a while, which is why political memes have an important role in both providing comedic relief amidst the stressful election season — and in cases of political humorists, deciding which candidate is “not-as-bad” as the other.

During the pre-election months of September through November, voting is broadly discussed across the nation. Hoffman said that we all have an “obligation to vote,” despite the comedic relief that is presented on social media.

“In my opinion, comedic relief is always welcome,” Hoffman said. “Because this isn’t just entertainment. This affects all of us, and it is our duty as Americans to vote. It’s fine to be entertained, but then do your duty and vote.”