Todd Morton: A step into the future

Todd Morton, the Delaware men’s soccer goalkeeper for the last four years, has joined the ranks of just three Blue Hens before him and signed his first contract to play soccer professionally, following his December 2018 graduation.

A three-year letterwinner who holds a school record of 26 career wins, Morton was a centerpiece of a Delaware team that made three CAA appearances during his time there. In 2016 they won the CAA championship.

The Real Monarchs won their first trophy on Oct. 7, 2017 when they took the USL’s regular season title and ended at the first round of playoffs in the 2018 season. They are based in Herriman, Utah, and play at the recently built Zions Bank Stadium.

Delaware had a significant role to play in preparing Morton professionally.

“Having Ian [Hennessy] as a head coach — he definitely at times can demand a lot from you, but I think that was a big thing to help me develop … Now in this transition, [the Monarchs] demand the same thing,” Morton said.

The dynamics of the Delaware team, as well, participated in supporting his development.

“[We were] fortunate to have Blai [Palmi] and a few other guys. And having a good level of competition [at Delaware] was great; a lot of times at schools, you don’t.”

Blai Palmi is another one of Delaware’s goalkeepers who trained alongside Morton.

Furthermore, while discussing the need for both competitiveness and cooperation on the field within a team, Morton said, “You need that good balance, and chemistry on the field can really help you. It was definitely an added bonus [for us to have].”

Meanwhile, the climate at a Division I school like Delaware naturally equips players if they are interested in going professional.

“For most people that play [Division I] soccer, it’s kind of an unstated interest of theirs that if they’re good enough, they want to go pro,” Head Coach Ian Hennessy said. “We have a good history of guys signing. It’s a feather in the cap as well: we have the highest men’s GPA in the department and we’re sending guys to the pros, with 3 NCAA appearances in the last eight years. We take great pride in that … [On our team] we have lots of engineers — 20 percent of our team — so if you want to do that, or you want to be a pro, you have these options.”

At the same time, Morton didn’t always have his sights pinned on professional soccer. According to him, it wasn’t until the last two years of college that he knew it was going to be a possibility.

“I was always playing with the idea but you just never know how things are going to work out,” he said. I knew I had to be realistic. I had a plan for what to do but [also] had alternate options just in case. Once I kind of saw that light at the end of the tunnel and see the possibility, it definitely helped me with that drive [on the field] and narrow my focus more on that [future possibility].”

Morton acknowledged that results didn’t always go as expected, but it also wasn’t something to regret.

“[My time at Delaware] definitely had its ups and downs; I’m fortunate that through most of my career I had guys playing around me at a pretty good level, so in terms of everything I wanted to achieve to get here, it worked out … Looking back I wouldn’t change anything; with those bad moments, I learned from them and developed, and [they] molded me into the player I am for now.”

Courtesy of Delaware Athletics
Morton protecting the net in a Delaware men’s soccer game against Temple on Aug. 31, 2017.

Fast forward to winter 2019, and the Monarchs weren’t the only team giving him looks.

“Others expressed interest but I decided that here was the best place to potentially compete to get games early on, because experience is so crucial in my position … There’s also that pathway to the first team which is a nice boost and extra motivation while here.”

At this time, the team is in preseason, which has been a valuable period of time for Morton.

“I’m really excited; [it’s] been a whole lot, a much different level. You have to raise the game a little bit, and learn from the other guys on the team, and coaches. They care about your development which is nice.”

While he is still undergoing this transition, Morton maintains a steady and focused attitude.

“Experiencing playing in games and building experience from there [is] probably the next step, but then long-term you have to keep in the back of your mind [that] you have to wait a long time as a goalkeeper [to advance], so having that patience is good.”

Morton also shared his current plan for the foreseeable future.

“I’m really excited for my first professional team, [to] develop as much as I can as a player, play games and get experience — but already I’ve learned so much just through preseason: to go through these moments where you learn these things which mold how you play, go day-to-day and control what I can so that I can keep competing and playing, stuff like that. Not get too crazy at the same time. [And] be realistic because you never know what could [happen].”

The Real Monarchs have their first season game scheduled for Saturday, March 9, the first day of the USL season kick-off. 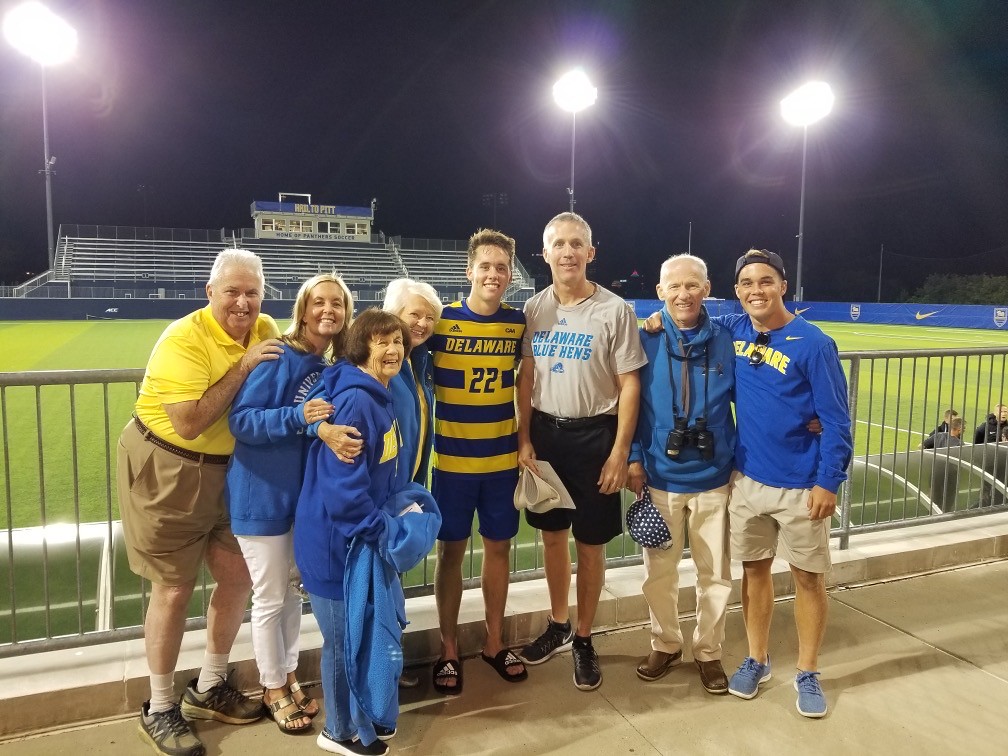 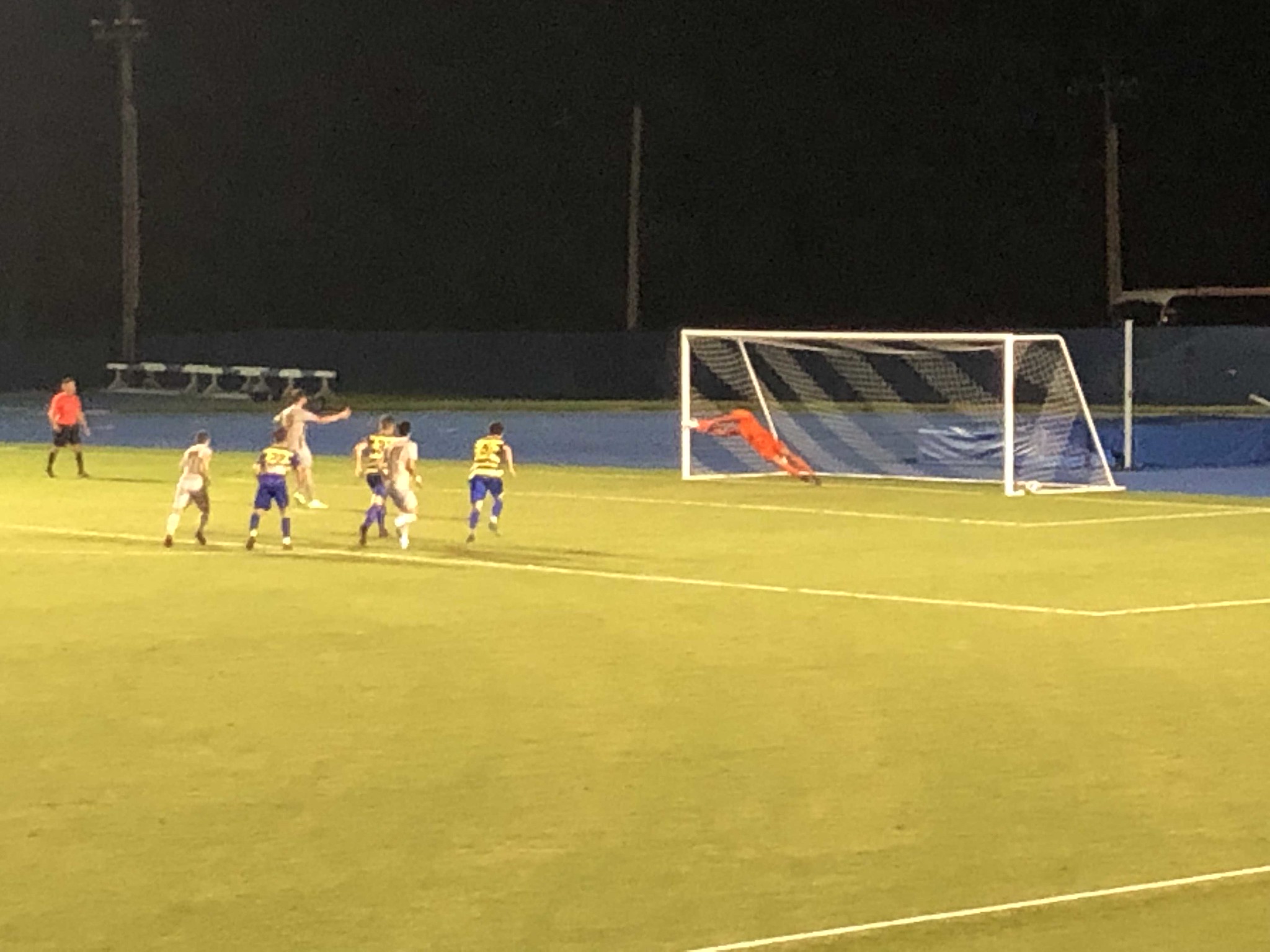 The Blue Hens men’s soccer team had a lot to celebrate Monday night after a hard-fought 1-0 win against the 23rd ranked West Virginia Mountaineers. 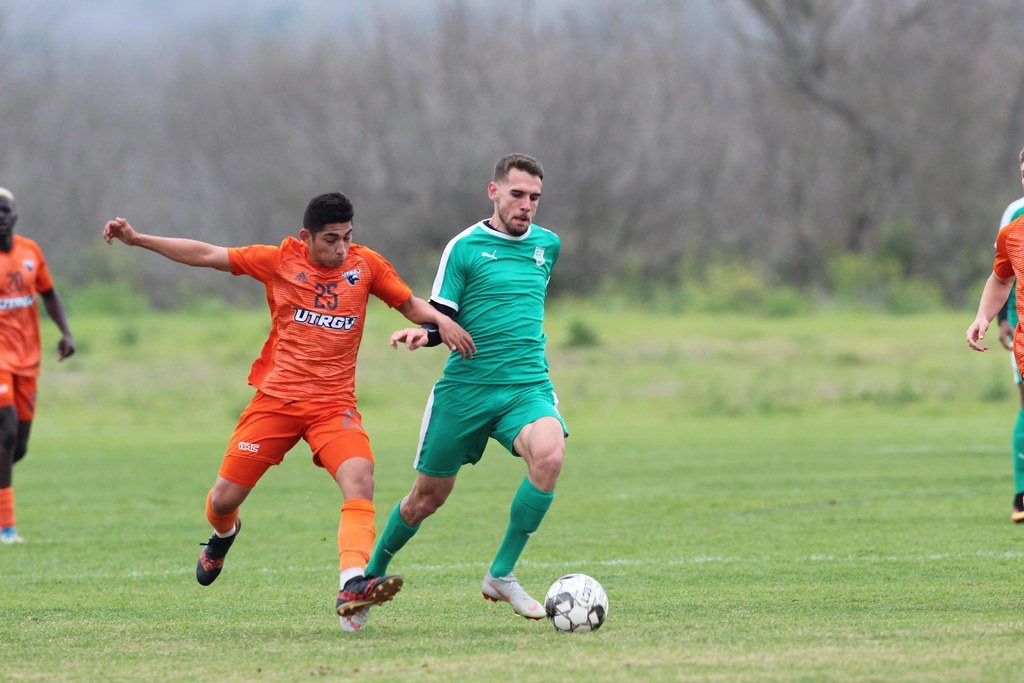