Two students were injured in an incident at Drake Hall following an explosion involving a hot plate.

The two students were transported to the hospital, according to university spokeswoman Andrea Boyle Tippett. The students, who are graduate students, were working on a research project in the lab, Boyle Tippett said.

The incident occurred around 1:00 p.m. Multiple ambulances and fire trucks reported to the scene.

A UD alert was sent out moments after the explosion, warning students to stay away from from Academy Street and the area surrounding Drake Hall, which was evacuated. Brown Lab, which borders Drake Hall, was also evacuated.

A second UD alert at 1:54 p.m. announced that classes scheduled for the rest of the day in the buildings have been cancelled and that the buildings were closed.

Patrick Ogden, chief of police at the University of Delaware Police Department (UDPD), said that the students were working on an experiment when the hot plate exploded. Emergency services were notified, and are currently making sure the area is safe.

“Fire department officials are working on decontaminating the lab now and assuring the hazards do not spread,” Ogden said “When something like this happens, we want to make sure the exposure of the chemical is not transferred from one person to next. 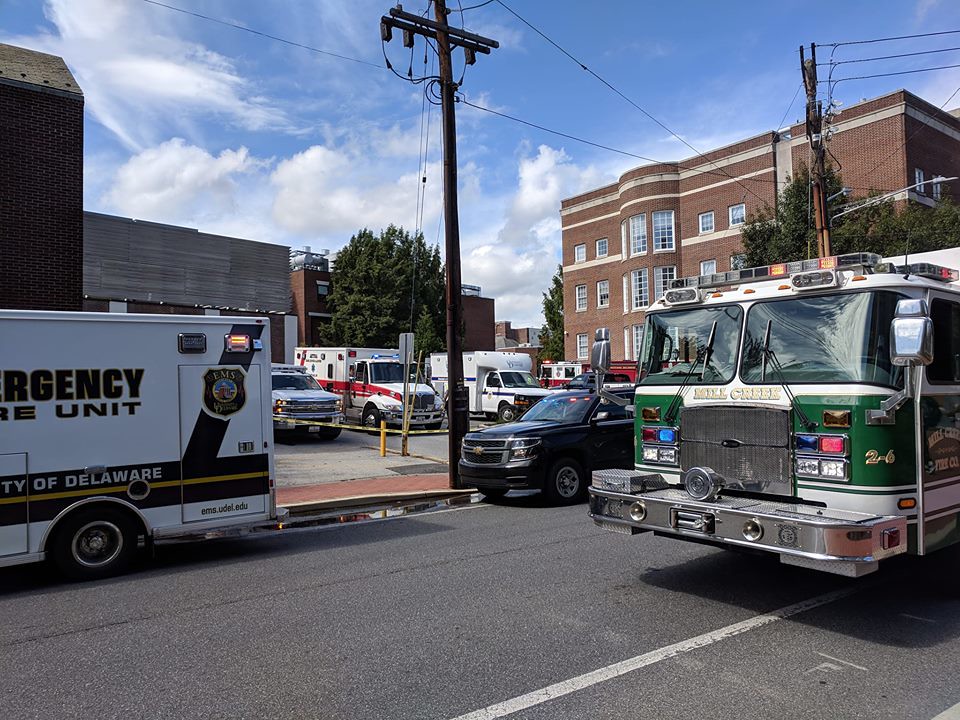 Students who left personal belongings in Drake Hall during the evacuation may retrieve them by contacting UD Police at 302-831-2222.