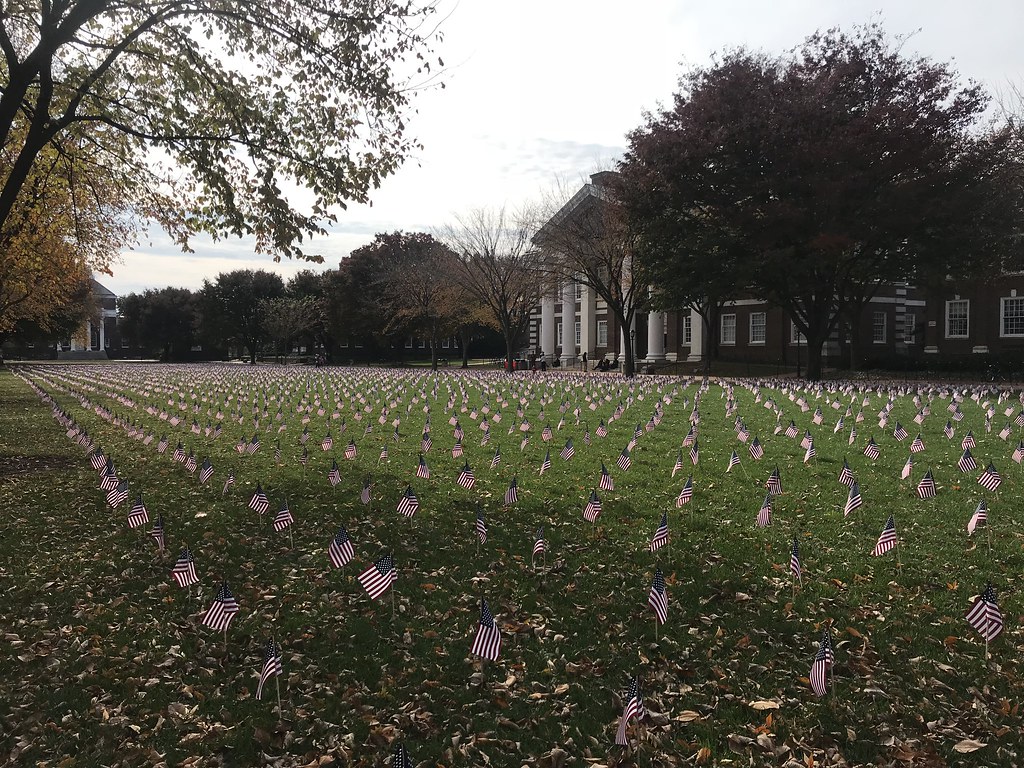 Jessica Leibman/THE REVIEW
Veterans stopped by the campus to explain their decision to join the military and how their transition to civilian life has been.

In honor of Veterans week, the Blue Hens Veterans hosted a Town Hall where seven veterans from varying branches of the military spoke about their experiences serving in the military, its impact on their lives and the difficulties they have had transitioning back to civilian life.

All of the veterans, while having great diversity in their experiences with the military, were able to agree on three, common things: that their service has had a profound impact on their lives, that they learned a lot from their years on duty and that they would do it all over again.

The Town Hall was held in Kirkbride Lecture Hall at 6 p.m. on Tuesday. The event was moderated by Anthony Delcollo, the Delaware state senator for Delaware’s seventh district.

Kim Heathers served ten years of active duty on the U.S. Air Force. After her deployment, she began experiencing symptoms of post-traumatic stress disorder and retired from her military post soonafter. She was extremely active in the passing of Senate Bill 24, which gave veterans easier access to medical marijuana.

James Trudolla, on the other hand, joined the military after 9/11 and joined a tour in Iraq from 2003 to 2004. He was attending the university at the time and remembers sitting in Thompson Hall, a dormitory located over on the university’s East campus, when the news broke. Around Thanksgiving, he talked to his parents about joining the military and was later able to enroll with his mother’s blessing.

Trudolla said that he looks at his life in two stages: pre- and post-Iraq. While in Iraq, he read news strictly from right-leaning media outlets, a hobby he later realized to be a mistake, Trudolla said. He believed their coverage of made him more attached to the war, blinding him from the things that were wrong with it.

“When I was there I used to read ultra-right wing to justify why we were in Iraq and why I might lose my life, why my brothers and sisters in arms might lose theirs and why Iraqis were dying all around us,” Trudolla said.

During the Town Hall, the veterans were asked about their transition into civilian life and if they have experienced any difficulty with people who don’t agree with the military’s policies.

Ken Jones graduated from the university in 1980. He spent five and a half years on active duty in the U.S. Army. He said certain habits that veterans are used to, like addressing people as “sir” and “ma’am,” can make people uncomfortable.

“You have to be a little empathetic of understanding the other side of the world and what that’s like and trying to assimilate back into it,” Jones said.

Trudolla said that he finds bridging the gap between veterans and civilians very important and, in his mind, the best way to accomplish that is through empathy.

“Coming together starts and ends with understanding,” Delcollo said.