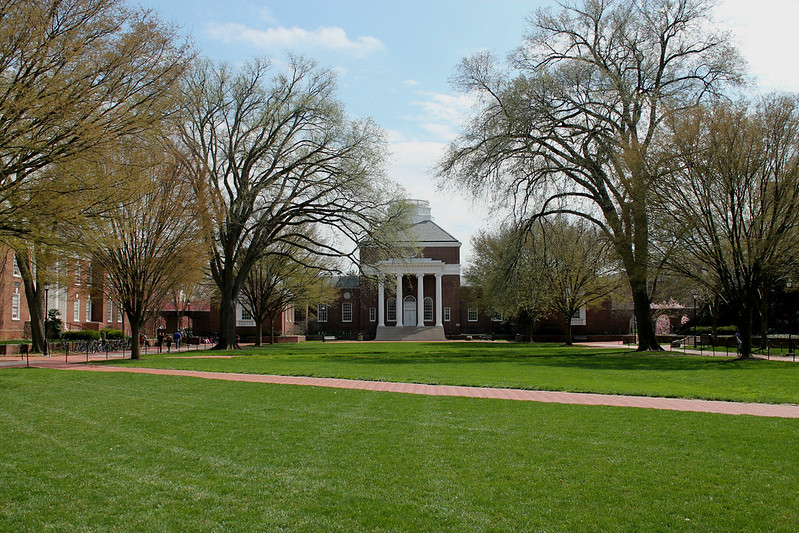 Morgan Browell/THE REVIEW
U.S. News and World Report recently released their yearly college rankings, and with the university dropping four spots, professors react and give their take on what this means for the school.

As the new school year begins, the debates over school superiority come to a close.

The U.S. News and World Report recently released its college rankings for 2017, with the university dropping from 75th to 79th in the national universities category. Under the public schools category, it ranks 30th.

With their annual release, the rankings also receive their annual dose of criticism. The rankings are subject to intense scrutiny as they rely on metrics such as high school guidance counselor feedback and yearly endowment.

U.S. News and World Report suggests the rankings play a role in “helping parents and students find the perfect school.” A four rank drop for the university in the listing would seem to pose admissions challenges, as competing schools such as Penn State and Rutgers lie higher on the list. But, according to Douglas Zander, the university’s director of admissions, the university’s overall ranking fluctuates over the years. In the areas that matter, however, the university continues to grow.

“The metrics the rankings are based on in some cases have gone up,” Zander said. “For example, one of the measures is the 25th or 75th percentile for SAT. For this most recent class, that was higher.”

Zander also emphasized that the metrics surrounding university reputation have remained the same and even improved in research and academics.

The drop may be attributed in part to the university’s admissions philosophy. Exemplified by its Commitment to Delawareans initiative, the university makes an effort to look beyond traditional admissions criteria such as class rank and standardized test scores when selecting students. These criteria, however, play a significant role in the U.S. News and World Report algorithm.

“Colleges and universities that work hard to bring in students who maybe are going to struggle a little bit more but have the potential to be successful are going to get dinged on the U.S. News and World Report metric,” Zander said.

Zander said a slight ranking drop is no concern for the university, especially if it means that more students have the opportunity for thorough admissions consideration.

The rankings do partially reflect a school’s reputation through the peer review component — 4,635 academics nationwide participate in a survey for school ranking. In order to uphold their reputation, research universities like Delaware require extensive research from faculty while still providing quality teaching. Sometimes, concerns arise about how well these components are balanced.

Psychology professor Jared Medina said research and instruction can remain balanced without one impeding upon another.

“There’s a bit of a tug of war, but it’s not a dichotomy between the two,” Medina said. “The University of Delaware has a teaching tradition with a high value on teaching, but it’s also a top research school. So you have the mixture of both here.”

Medina suggested that students take the rankings lightly, as a quality education can be found in a variety of places. Rather, students should select colleges based on what kind of experience they are looking for.

“Your education is what you make of it, because there are quality faculty at lots of places,” Medina said.

History professor James Brophy explained that while peer evaluations can provide an accurate gauge of a school’s academic reputation, a difficulty arises in determining whether reputation translates into dedicated teaching. Brophy noted that these situations vary, but offered insight on how the university’s history department handles the issue.

“In our department, regardless of one’s prominence or rank, we all teach the 100 level survey,” Brophy said. “We don’t believe that because of seniority or professional prominence you only teach grad students, or junior or seniors.”

Brophy also remarked that while many of the ranking factors can create enriching student experiences, some colleges and universities take advantage of these factors to elevate their own ranking. This inflates the rankings and does not necessarily benefit the students.

“The problem is that certain constituencies are trying to game the system and that’s objectionable,” Brophy said. “It strikes us as unethical.”