After a recent two-game skid, the Delaware women’s volleyball team looked to get back on track against Hofstra on Friday night. The Blue Hens could not turn the tables, however, falling in straight sets.

The match’s first set opened with back-and-forth exchanges between the Blue Hens and the Hofstra Pride, as both teams tried to gain the upper hand with no avail. While the Blue Hens went on the offensive, pummeling Hofstra’s back line with deep swings, the Pride dug in and managed to keep the ball off the floor. Eventually, their defensive efforts resulted in gains on the scoreboard, as Delaware struggled to put the ball away. Hofstra began to pull away after a series of mistakes from the Blue Hens, and despite a late push to level the score, the Blue Hens fell short in the first set 25-20.

The second set opened with a series of tough breaks for the Blue Hens, as the Pride jumped out to a hot start. First came a missed serve directly followed by an ace from Hofstra. The momentum seemed to swing back into Delaware’s favor following a great hit from senior outside hitter Maria Bellinger that bounced off a Hofstra player’s forearms and ricocheted off the ceiling, but Hofstra was somehow able to resurrect the play and turn it into a kill of their own.

Later in the set, Bellinger got an important kill to return the serve to the Blue Hens, but the serve was missed and Hofstra maintained their firm grip on the match.

Delaware struggled to place its attacks in places Hofstra didn’t have covered well, and a lot of their attempts went long and out of bounds. Hofstra managed to maintain the lead they had built throughout the set, and despite a late push from Delaware, the damage had already been done, and the Blue Hens fell to 0-2 sets down.

The tone was different in the third set, as Delaware sought to flip the script. The Blue Hens got out to a commanding 6-1 lead early on, forcing Hofstra out of system and causing them to send less-than-menacing balls back over the net. However, Hofstra began to chip away at this lead, eventually taking an 11-10 lead of their own.

The match stayed close throughout, as both teams struggled to pull away from one another. Hofstra’s defensive structure had been seemingly impenetrable throughout the game, as almost every Delaware swing ended up getting dug by a Hofstra player or going long and out of bounds. However, the Blue Hens began to find success targeting the middle of the court due to Hofstra’s deep defensive structure.

The set continued its back and forth affair until Hofstra established a 23-19 lead. The Blue Hens managed to outscore Hofstra 5-1 to tie the set at 24 over the next several points, including two crucial kills to the middle of the court by Bellinger. Both teams struggled to get the two-point lead that would end the set over the next few points, but Hofstra finally managed to deliver the final blow, winning the set 28-26.

Bellinger finished the game with a team-high 16 kills and also had four blocks. Freshman outside hitter Lani Mason added six kills of her own in additional to four blocks and four aces. Freshman setter Ezgi Basaranlar contributed 25 assists. The team also lost a three-set match against Northeastern on Sunday, Oct. 20. Despite the team dropping the past four matches, the Blue Hens sit at 11-8 with a 3-5 record in the Colonial Athletic Association (CAA), already surpassing their win total from last year.

The team will look to get back on track to finish their season, with big upcoming matches against Elon, James Madison and Towson, the conference leader. 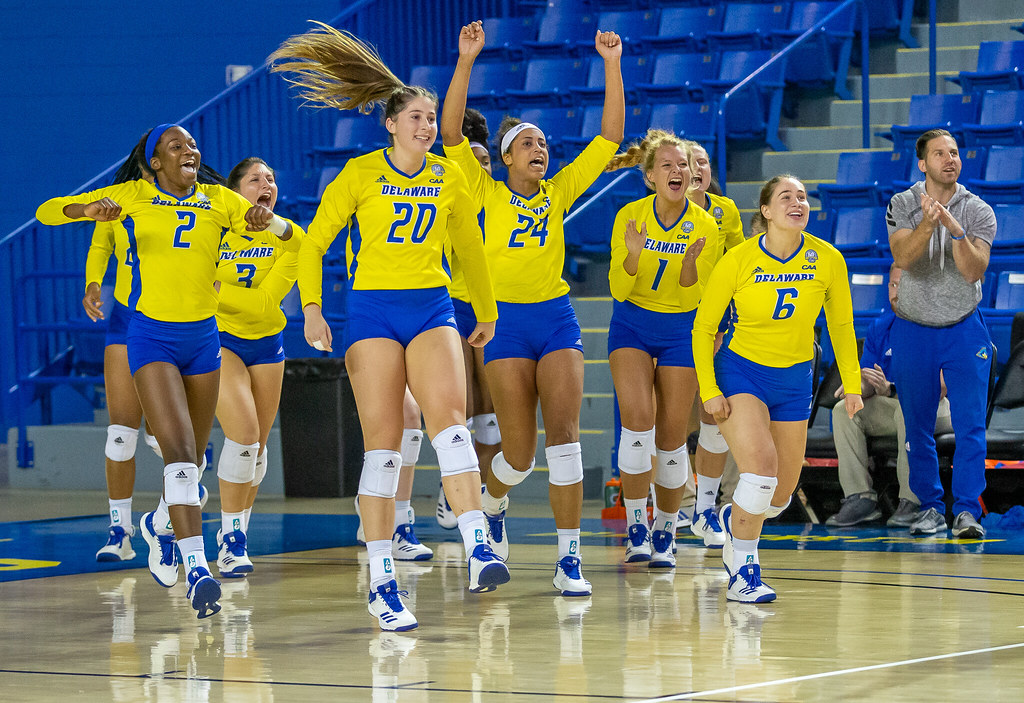 Taking a look at the Blue Hens during September

The Blue Hens have had a terrific start to the fall season, with volleyball, men's and women's soccer, football and field hockey combining for a ... 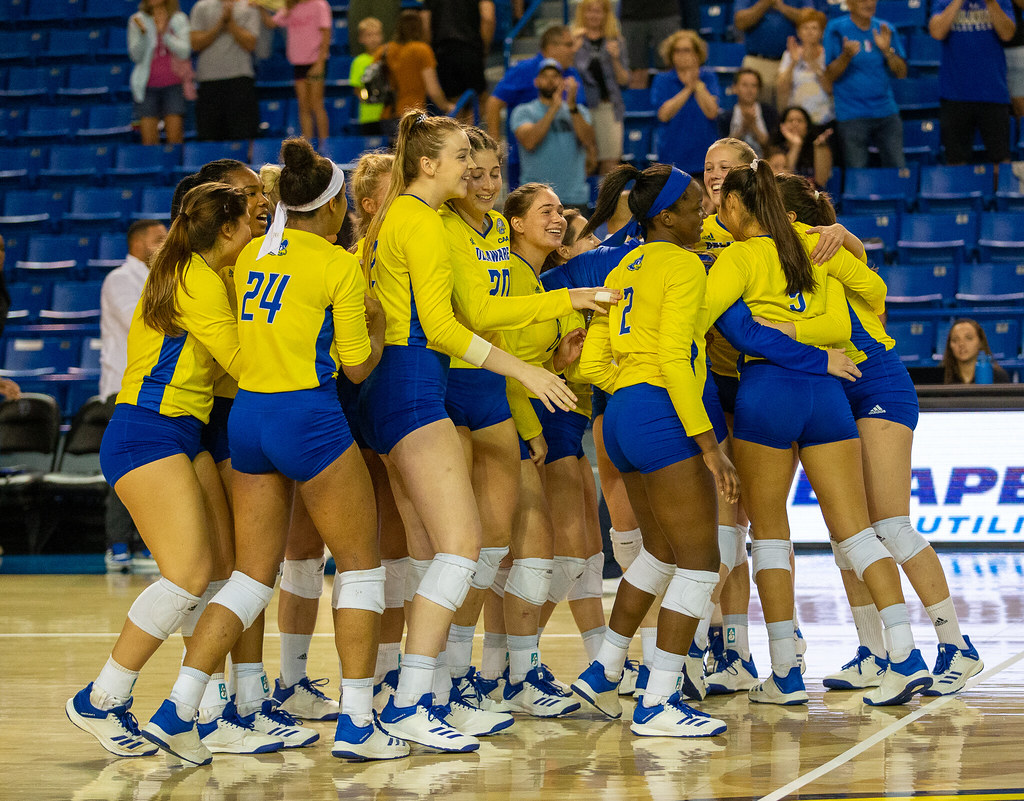