“We want to bring good stories to people”: TV writer Joan Rater on trans inclusivity in the media

For many viewers, movies and television shows are a reflection of the lives they live. One aspect of entertainment, however, is noticeably homogenous: the gender identity of characters. Unlike real-life cities and towns, the fictional worlds of movies seem to be populated almost solely by cisgender characters.

Joan Rater is one of the many people who have noticed this lack of diversity. For Rater — who has worked as a television writer on “Grey’s Anatomy” and created the show “Doubt” with her husband, Tony Phelan — the absence of transgender characters in media has personal significance. Rater’s son, Tom, is a transgender boy, and supporting him through his coming out experience and transitioning process has made her aware of the challenges the transgender community faces.

Last Thursday at 7:00 P.M. at the Unitarian Universalist Fellowship of Newark (UUFN), Rater delivered a talk on her reflections and acceptance of her son’s transitioning process and the need for trans visibility in the media. This talk was one of many that Rater has delivered, as she visits various churches, community centers and venues across the country, with the goal of increasing trans acceptance.

“We do a lot of social justice outreach within the community, so I was happy when this opportunity came up,” Karen Barker, a member of the UUFN who invited Rater to speak, says. “I feel like this program may be able to help parents as well as young people.”

Rater began her talk with an introduction of her son and his transitioning process. She discussed how it positively impacted him, explaining how after he got his top surgery — a surgery that removes breasts — he felt much happier and more confident. Rater also discussed Tom’s involvement in acting, including his role on the show “The Fosters”.

Her recollections of her son’s transitioning process resonated with Angel Partie, an audience member who transitioned six years ago and a professor of communications and writing at Wilmington University.

“I liked when she talked about how her son didn’t really have an explanation for why he thought something was wrong with him,” Partie says. “I’d felt that way when I was a teenager. I was like, ‘I don’t know where I stand in terms of everything!’”

After sharing her personal memories, Rater discussed the impact of prejudice toward transgender individuals and their invisibility in the media. With her latest show, “Doubt” — a law drama on air for one season that starred transgender actress Laverne Cox in the role of an attorney named Cameron — Rater intended to amend that. She explained that she and her husband hoped audience members would fall in love with Cox’s character, helping increase transgender acceptance.

Many of the older audience members, who transitioned during the early or late 2000s, say that at that time, characters like Cameron were completely absent from their televisions.

“Trans didn’t really have a presence for me,” Partie says. “I turned to Youtube where there were young trans guys who were telling their stories and being open. It was a lot of self research.”

However, during “Doubt”’s test screenings, prejudices toward the transgender community were exposed. Test audiences were given dials that they were instructed to turn whenever they disliked a part of the show. According to Rater, test audiences responded negatively toward Cameron, even before Cameron had a chance to speak. When questioned as to why they didn’t like the character, many audience members could not provide a legitimate reason.

According to the American National Election Studies (ANES) 2016 Pilot Study, this reception is reflective of America’s feelings toward the transgender community. The study asked participants to rank their feelings toward transgender people, with 0 being negative and 100 being positive.

According to Free Roath, a recent graduate of the University of Colorado Boulder, the study found that many of the responses ranked feelings being clustered around the 50 mark, indicating lukewarm feelings. These findings and Rater’s experience illustrate how inclusion of the trans community has not been fully achieved.

Still, Rater believes in the power of film to eliminate prejudice and told audiences she will continue to push for more roles for transgender actors.

“There’s a lot of power coming into someone’s home on a television,” Rater says. “People get to feel very close with the characters of the TV shows they like and they identify with them. There’s huge power in bringing relevant, truthful stories to people’s homes.”

“If I can’t see color, then I can’t see injustice on behalf of color”: Grad student presents colorblindness research

When a well-meaning friend told Kendell Daughtry that “color doesn’t matter to me,” Daughtry was equipped with a response. 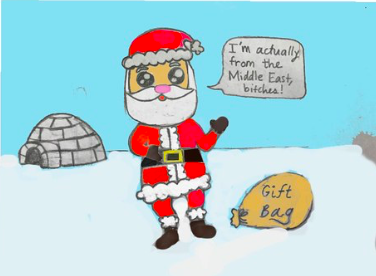 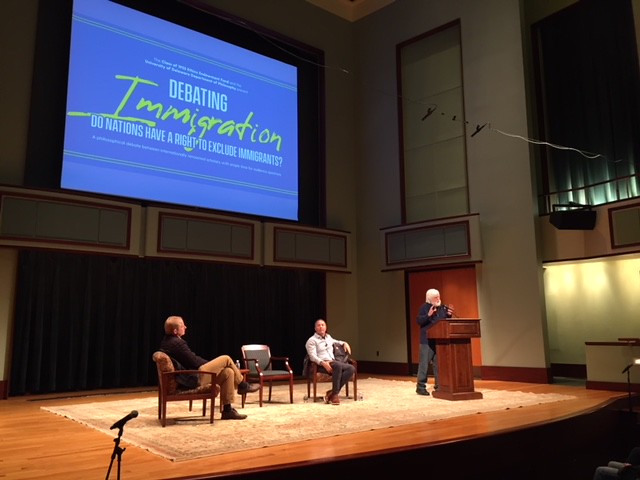 The Class of 1955 Ethics Endowment Fund and the Department of Philosophy presented “Debating Immigration: Do Nations Have a Right to Exclude Immigrants?”