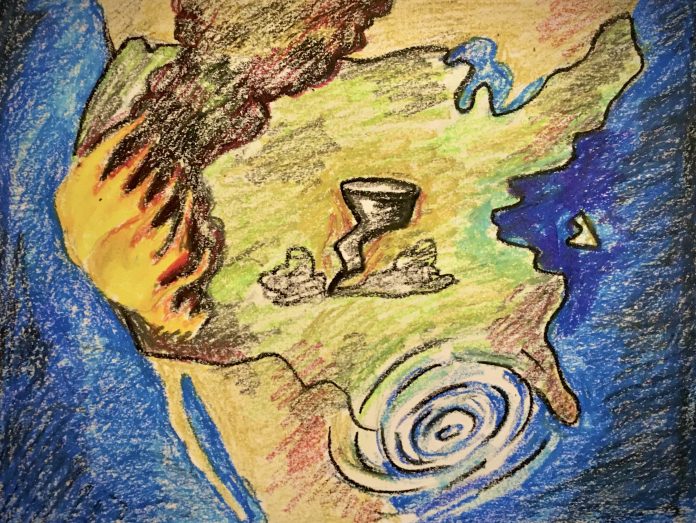 On Jan. 20, just hours following his inauguration, President Joe Biden signed an executive order to halt construction of the Keystone XL Pipeline project. Keystone XL was proposed over a decade ago in 2008, with the intent of funneling Canadian oil from Alberta down the length of the United States to the Gulf Coast.

The controversial project required digging the pipeline under key midwestern water sources, as well as on indigenous land.

Following Biden’s rejection of the pipeline’s construction, a number of Native American tribes and grassroots indigenous environmental movements breathed a collective sigh of relief after years of anti-pipeline activism.

“We thank Joe Biden for living up to his promise to cancel the KXL Presidential Permit on day one,” Rodney M. Bordeaux, president of the Rosebud Sioux Tribe of South Dakota, wrote in a statement. “The last four years has seen a government that was on a mission to desecrate tribal lands throughout the country for the sake of big companies and their shareholders. In approving the Keystone XL pipeline, the federal government repeatedly ignored treaty rights, tribal sovereignty, and widespread opposition to push forward the interests of a foreign oil and gas company.”

The death of the Keystone XL Pipeline coincides with a rapidly closing window to address climate change, a task some propose would be best achieved by reevaluating the relationship between humans and the environment to fit a more indigenous perspective.

“You know man did not spin the web of life; he’s merely one strand of it,” Chief Dennis Coker of the Delaware Lenape tribe said. “And what man does to the web he actually does to himself.”

Coker is making environmental revitalization efforts a priority in his community, while pushing for the return to more traditional values and practices of the Lenape people in order to address issues related to climate change in Southern Delaware. Among some of the challenges the Lenape are currently facing is the degradation of local freshwater ecosystems.

“We have global warming that’s starting to come into our sphere of influence,” Coker said. “We have just terrible ecological damage that has taken place in our watershed.”

This crisis has led the Lenape community to rally around collective efforts to mitigate the damage through a host of projects, including the reintroduction of freshwater mussels into the ecosystem. Coker emphasized the importance of youth involvement in these projects in order to connect with cultural practices and to foster Science, Technology, Engineering, Art, and Mathematics (STEAM) educational efforts.

“It became obvious to me that we really needed to grow our own experts,” Coker said. “Relying on the opinions of the European colonizers was not really working out for us.”

As Coker and the Lenape work to take local environmental concerns into their own hands, thousands of miles on the other side of the country, another tribe is fighting for the survival of land they consider sacred.

Oak Flats, known to the Apache as “Chi’chil Biłdagoteel”, is a holy site to one of the most populous Native American tribes in the American Southwest. Currently, it is caught in a legal battle between Australian mining company Rio Tinto and all six bands of the Apache, united under the umbrella of the non-profit organization, Apache Stronghold.

“This place is holy,” Wensler Nosie, Apache Stronghold founder, said during a Jan. 14 press conference. “It’s sacred to all of us. It’s a political issue, an environmental issue; it’s a religious issue.”

The proposed copper mining project was a priority in the final days of the Trump administration, which officialized the transfer of federal land in Arizona, including Oak Flats, to Rio Tinto on Jan. 15. The move came after nearly seven years of lawsuits, petitions, and prayers on the part of the Apache and their supporters around the world.

Nosie, a former tribal councilman of the San Carlos Apache, attributes the federal government’s transfer of Oak Flats to a greed ingrained in American society.

“One of the things you have to remember is that the mentality of this country has to change, because the mentality has been, ‘Come here and conquer, and take all that you can and supply your European ways of colonization,’” Nosie said. “So today, this country still has somewhat of that mentality, and we have to revisit those mentalities and those mentalities have to change. Because a lot of these things that you enjoy, that all people enjoy, come from the earth and when these things go none of that will happen. Then we run our children into a disaster.”

Both Nosie and Coker see a threat to the environment in Western capitalist perspectives. The differences between Anglo-European and indigenous peoples’ approaches to natural resources, they argue, are incompatible.

“What the current society views as resources, we as an indigenous people view as our relatives,” Coker said. “They’re our relatives. And the idea is you treat your relatives differently than you would treat a resource. We don’t harvest our relatives into extinction.”

They agree that a fundamental change in the American approach to resource extraction is required in order to protect the environment and the local communities that depend on it.

“Moving forward saying we need more copper, we need more of this, we need more of that; I mean, it’s becoming a world of just not being disciplined, of wanting too much and having more than enough,” Nosie said. “We have to come to a point where enough is enough, be satisfied with what we have, be smart about what we’re going to do.”

“We’re still kind of engaged in that resource extraction which has really been the death knell for our society from an ecological perspective,” Coker said. “There are some things that we can talk about, and I think it’s just an awareness, you know there are people who live downstream from us. We have to be careful of what we put in that stream.”

In light of the cancellation of the Keystone XL pipeline, it appears Coker and Nosie’s calls for change are more compatible with the environmental ideology of the new administration. The nomination of Representative Deb Haaland for secretary of the interior is among developments that give many Native Americans hope for the prioritization of environmental health over economic profit.

“And we’re really so excited with this new administration that’s coming on board now, with the Deb Haaland nomination for the secretary of the interior,” Coker said. “You know I’ve been involved with a couple of projects that emphasize regenerative agriculture, and I think Deb Haaland will bring a lot of those conversations to the table.”

A member of the Laguna Pueblo, Haaland will be the first Native American to serve on a presidential cabinet if confirmed. The possibility of her upcoming confirmation, along with the president’s party holding on to a narrow majority in Congress, gives Nosie hope in light of the Trump administration’s approval of transferring Oak Flats to Rio Tinto.

“With Biden, and the new administration and also with the new Congress, if we in America do our jobs well in contacting and pushing our concerns to them and our position, it gives us a great chance for them to stop this project,” Nosie said, later maintaining the issue should not be a partisan one. “It doesn’t really matter to me if they’re a Democrat or a Republican, they have to do what’s right, and hopefully they do it.”

As the fight to save Oak Flats from resource exploitation enters a new stage of urgency, Nosie emphasizes that no compromise in the form of monetary compensation from either Rio Tinto or the federal government would appease the Apache people, as has been proposed.

“There’s nothing, there’s nothing, you’d have to kill me for that, because I’ll defend this land to the very end,” Nosie said when asked what guarantees Rio Tinto would have to give in order to allow the mining project to go forward.

“We can’t let the generation of the dollar dictate how we treat our environment,” Coker said, echoing sentiments expressed by native people across the country, from Nosie and Apache Stronghold in Arizona to the Standing Rock Sioux of the Dakotas, who continue to fight for the cancellation of the Dakota Access Pipeline (DAPL).

As environmental policy takes shape in Washington under an administration that has promised to champion it, Native Americans across the United States wait, wondering if the president whose key swing state votes helped elect will continue to uphold campaign promises and take into account their perspective on issues related to climate change and natural resources.

“Revoking the illegally issued pipeline permit is a start, but we call on the Biden administration to do more, to go further, to respect the rights of Native peoples and improve the relationships between tribes and the federal government,” Bordeaux wrote in a statement. “We believe this will be the first of many actions that President Biden will take to protect Unci Maka. This land is on loan to us by our children.”