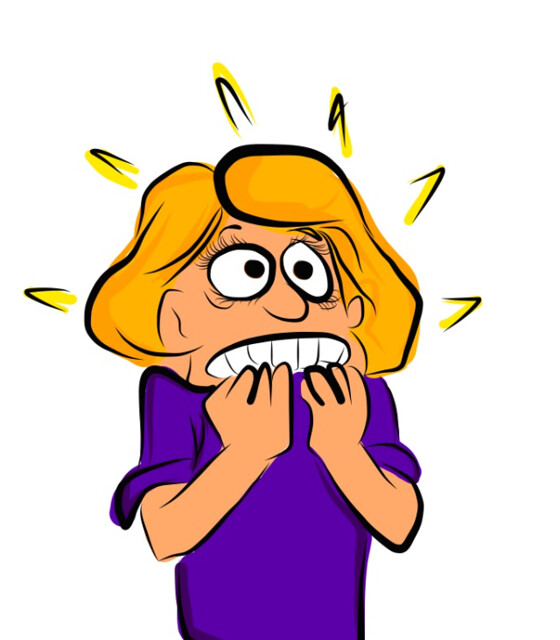 Lorraine Cook/THE REVIEW
Halloween means horror movies, haunted houses and all things creepy. Why do some of us like to be scared, when others do not?

As the end of October approaches, Americans are immersing themselves in everything related to Halloween, a holiday dedicated to all things creepy. They watch horror movies and thrillers, attend haunted houses and read scary stories—all things that precede fear. The question remains: why do some people like to be scared, while others do not?

It’s simple, according to widespread neurological research: being scared releases dopamine. Dopamine is a neurotransmitter, meaning it is one of many chemicals in the brain responsible for transmitting signals between neurons. Dopamine affects our emotions and movements, as well as responses in the body such as pleasure or pain.

When dopamine is released in response to fear, some people will either feel relief after the scary situation, while others’ brains will reuptake the neurotransmitter. In simpler terms, you might hate it and experience anxiety rather than the feeling of “beating” a fear, according to an article from ScienceDirect.

The most abused drugs, like alcohol, are the ones that cause the brain to release dopamine. The people who constantly find themselves interested in scary or suspenseful TV shows, thriller movies or haunted houses are experiencing the same desire for the sensation of fear.

“The more we can predict when an aversive event will happen and the better we can control that event, the more adaptive our behavioral and psychological response to that event will be,” Arun Asok, a behavioral science graduate student, says.

People do not necessarily search for fear or thrills as much as they will seek the relief of coming out of these situations unscathed, having beaten the fear, according to WebMD. When a person is in a haunted house or another fear-inducing situation, the relief after the fear is considered a reward.

Leaving these situations unharmed becomes a self-esteem booster and motivates some people to partake in something else that will scare them. The initial fight-or-flight feeling gives a similar rush, but the pride they feel after they’ve conquered it is the deeper motivation—thanks to dopamine.

Safety, however, plays a great role in why people enjoy being scared. Adults know that when they visit a haunted house or watch a scary movie, they are technically in a safe and controlled environment, Mark Stanton, a psychology professor at the university, says. Children, he says, will have a harder time realizing that.

When watching movies or touring a haunted house, we are aware that it is pretend, according to Stanton. When our physical reaction to fear occurs, our brain has time to process the fact that what our senses are experiencing are not real threats. Issues arise only when the mind is unaware of that, he says.

“Someone can have a real fear and danger, but when you’re in a safe environment you don’t feel it as a real, real terror,” Stanton says.

When it comes to people who don’t enjoy fear, there are a number of psychological reasons that explain the phenomenon. Being traumatized at a young age due to a scary experience could cause an increase of chemical production during the fight-or-flight stage, making the situation more traumatizing, rather than exciting for the child, according to LiveScience.

For Meghan Doyle, a senior engineering major, fear is a very physical experience. She almost forgets the experience is not “real,” she says.

“I don’t like the surprise factor [of being scared]… I can’t control my emotions when I’m scared, I just react,” Doyle says.