Courtesy of Netflix/THE REVIEW
“The Midnight Gospel” provides fresh insights on the “big questions” of life.

I’m not a diehard for podcasts. For many listeners, the quintessential podcast is a great way to mentally escape mundane tasks, such as washing the dishes or the dreaded commute to work/school. With over half a million active audio shows on Apple Podcasts, there’s a plethora of content to entertain your ears.

In spite of this (and ironically enough), I find the back-and-forth dialogue on its own is mind-numbingly boring. It’s hard for me to find a relatable podcast that keeps my attention and doesn’t leave me zoning out like a class lecture. But when paired with a visual element, I thought I could get on board, especially as the last few months indoors have left me starving for streaming content that was equally visually exciting and mentally stimulating. So when I heard that a new Netflix original, “The Midnight Gospel,” was scheduled to premiere at the near beginning of quarantine, I felt like I struck gold.

“The Midnight Gospel” is an adult cartoon series conjured by the captivating minds of Pendleton Ward, creator of the hit kids TV show “Adventure Time” and Duncan Trussell, comedian and host of “The Duncan Trussell Family Hour” (DTFH) podcast, a collection of conversations answering life’s biggest questions. The animated show follows the life of podcaster Clancy (voiced by Trussell) who uses a malfunctioning, universe-traveling machine to choose a dying planet to visit. On his quests, he seeks an inhabitant to interview for his “spacecast” that is uploaded into the cloud of the entire galaxy. In tandem with “DTFH”, most of the dialogue in the episodes are real excerpts from Trussell’s podcasts. These discussions about philosophy, life, death and spirituality have almost nothing to do with psychedelic worlds Clancy visits, which creates a paradoxical perspective and heightens the viewer’s experience.

The series only has eight episodes in its first season, each one of them being gems in their own bizarrely unique way. In the pilot, Clancy interviews the President of the planet he travels to (voiced by Dr. Drew Pinksy) about the pros and cons of psychedelics in the midst of a zombie apocalypse. In the episodes that follow, the interviewees include a talking deer-dog who is being sent to a slaughter house by killer clowns about accepting death, a fish man who tells him about spiritual enlightenment, a sword-wielding warrioress who teaches Clancy about forgiveness, and an imprisoned soul bird who philosophizes the interconnectedness of all human souls. Each interviewed character is voiced by those who also appeared on “DTFH”.

Out of all the episodes in the series, I consider the last two to be my favorites. In episode seven, Clancy comes face-to-face with Death itself, voiced by mortician Caitlyn Doughty. They converse about how the American institutionalized view of death misinforms people’s views of their own deaths. She also advocates for the normalization of “natural” burials and prompting conversations with loved ones about death, both of which I find to be interesting and validating of real human experiences. The last episode of season one is quite different in which Duncan Trussell’s mom, Deneen Fedig, is interviewed. The two talk candidly about the circle of life and how to accept one’s situation in life. She then reveals to him that she is dying of stage four breast cancer. They both cry it out as a way to accept her circumstance before the third act of the episode ends when both Clancy and his mom are sucked into a black hole. In real life, she passed away three weeks after the original podcast was recorded years prior. As painful as it may be, death is a natural necessity of life and “The Midnight Gospel” has an enlightening way of going through the motions of human existence.

I’ll admit that this show isn’t suited for the faint-hearted or narrow-minded. The dialogue takes a deep dive into spirituality and existentialism to the greatest possible extent, (which may be a turn off for some) and the animation can be distracting and graphic at times. But if you’re on the fence, then it’s definitely worth a watch. “The Midnight Gospel” creates a transcendent world of its own where open dialogue flourishes. The exchange between interviewer and interviewee surpasses ordinary conversation, but it is also unfiltered and relatable to the ordinary person. What I applaud most about this show is that you don’t need a distinguished degree to understand the concepts conveyed in each episode, just enough open-mindedness and empathy to walk in someone else’s shoes (which Clancy literally does in almost every episode). “The Midnight Gospel” gives a little something for everyone: psychedelic visuals, conceptual anecdotes and a feeling of what it truly means to be human. 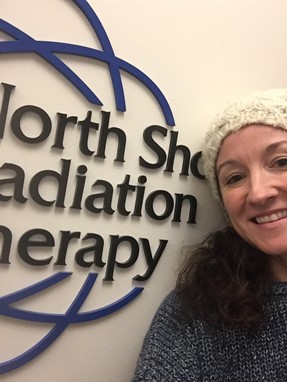 Breast cancer awareness month may look a little different this year but there are still plenty of ways to help. 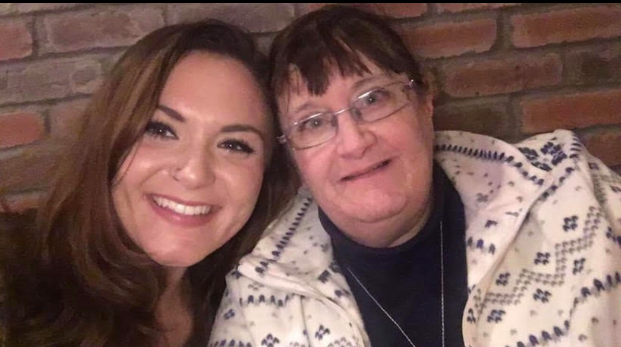 Personal Essay: A battle with cancer and coronavirus

Her hands knitted me every winter hat I’ve ever owned. They rubbed my back when I couldn’t sleep, they wiped my tears from my face. ...

NEWER POSTRacism ‒ Not just an American problem
OLDER POST“Wear your mask. Wash your hands. Social distance”: How some university departments plan to keep their students safe during the fall semester