You’re being watched: The dangers of ProctorU 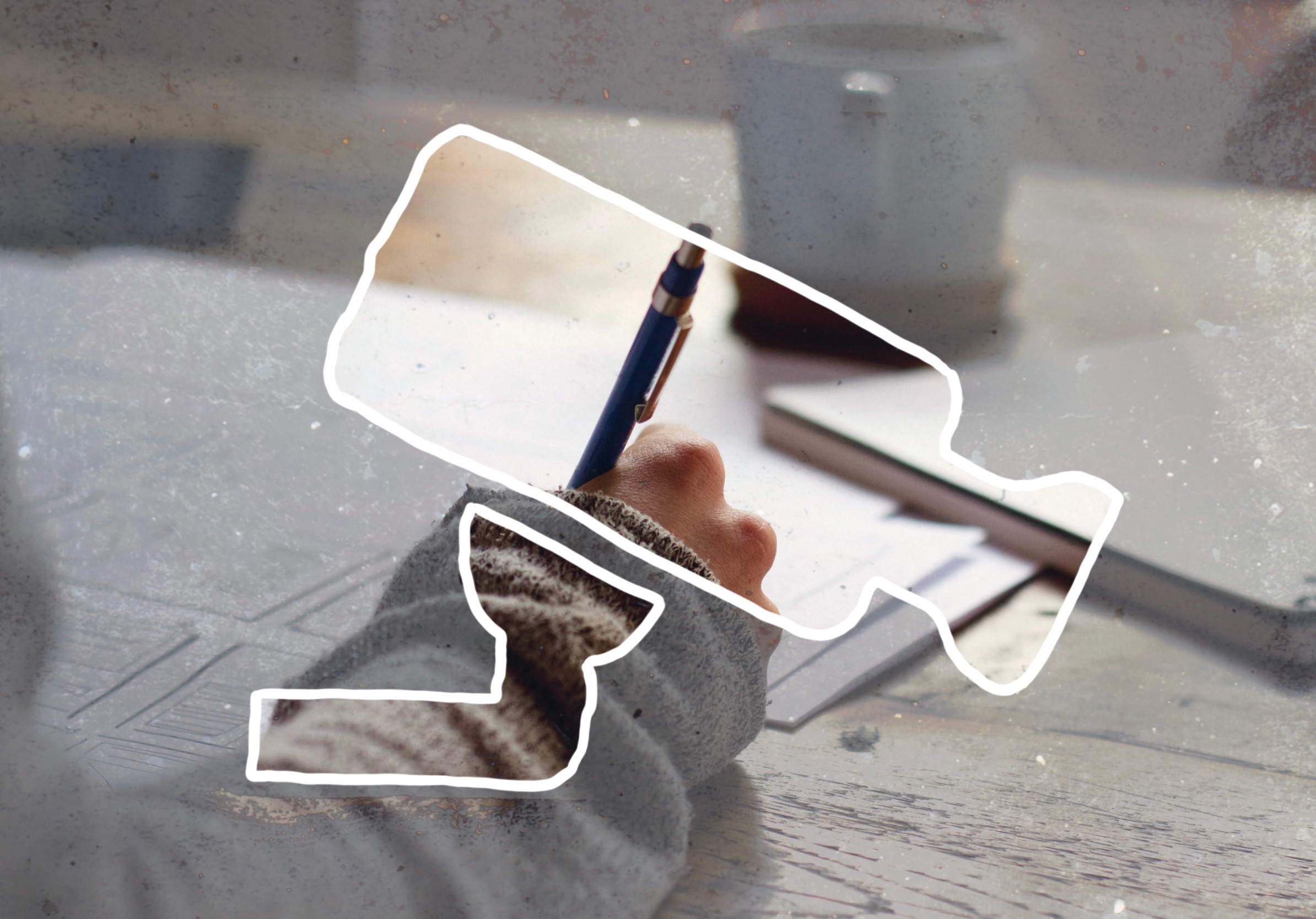 The signatures of airport security — long waits, tedious surveillance and unnecessary stress — now seem to characterize the age-old process of gearing up and sitting down for an exam.

With school almost fully online, exams have transitioned out of the classroom and into the bedroom.

While students may rejoice at the newfound ability of taking exams from their beds in pajamas, in many cases, holding exams online has resulted in a number of challenges for students and professors alike that may outweigh the benefits of comfortability.

To address the issue of academic dishonesty, many professors have adopted online exam surveillance methods, like the utilization of ProctorU.

ProctorU is a private service that monitors students as they take exams to prevent consultation with outside services. The university has committed to paying all ProctorU fees for the Fall 2020 semester for professors and, therefore, students utilizing the service in their classes.

“I would say my overall experience with the service went relatively smoothly, but there were a couple technical issues that could be avoided, like the exam didn’t start on time because [I] had to wait for the person on the other end,” Jess Abrevaya, a sophomore cognitive science major, said.

ProctorU allows some professors to prevent alleged cheating on their exams fairly easily, while to other students and professors, the service is questionable at best, if not a blatant threat to student privacy.

ProctorU has a number of different levels of monitoring, to increase or decrease student surveillance.

During most ProctorU proctored exams, the student has their video and audio on the entire time. Before the exam, students must provide a 360-degree view of their space. While the exam occurs, a person hired by the third-party site monitors the student’s movements, audio and computer activity. The proctor has full access to the student’s computer, including personal files.

Additionally, the service utilizes artificial intelligence to keep track of students’ eye movements and motions on the mouse pad, and if the program deems anything suspicious, it flags that activity without warning.

“It’s not necessarily being watched, obviously that is a bit of an invasion of privacy, [but] I think my main issue with it is that it requires you to download a file that has full access to your computer and they have full control over your computer, [full] access to all of your personal files on your personal device,” Abrevaya said. “It feels like a data breach waiting to happen.”

ProctorU, in fact, experienced a data breach recently. On July 27, a hacker shared data files from ProctorU containing 444,000 records on a web forum. The records dated back to 2014 and related to students from eight Australian universities.

Beyond privacy concerns, for many students, private proctoring services like ProctorU create a testing environment not conducive to success.

“Overall, it added more stress than it needed to, because it was intimidating to have something watching you the whole time; it’s very anxiety-inducing,” Abrevaya said. “I would say because of that my focus was interrupted, so my test performance probably wasn’t as good as it could have been because half my attention also was questioning whether or not the Wi-Fi would go out, and I wouldn’t be able to leave the room to fix it.”

Gavin Terziu, who considers himself less concerned with privacy issues, agreed that ProctorU did not help his exam performance.

“I also just didn’t like it because I already have really bad test anxiety and so I felt like I was being watched,” Terziu said. “Especially the first time I did it, I don’t think I got as good of a grade on the test as I would [have] if it had been a normal exam … I was really stressed about, ‘Is this person watching me? What if I do something weird, and they call me out? What if I look over to the side, and they think I’m cheating?’”

When the university abruptly transitioned online in mid-March, many professors, approaching midterm examinations, scrambled to find ways to prevent cheating. They investigated services and strategies like ProctorU.

Jennifer Buckley, an assistant professor of mechanical engineering, evaluated ProctorU and decided that it would not fit her classes. Therefore, she and her colleagues created a method of proctoring exams through Zoom.

“We were trying to create that balance between having the proctor oversight you would have during the exam — you can reach an instructor for questions, there [is] somebody making sure there [is] a fair playing field — but not creating a military state,” Buckley said. “We felt that exams are stressful enough and having somebody who’s unknown to a student or having too many rules and regulations would create undue stress on the students.”

Buckley lays out the process created by the mechanical engineering department in two YouTube videos, one training students and the other professors. Professors of other universities, according to Buckley, are utilizing the YouTube videos and surveillance methodology.

The process of taking an exam on Zoom using this method consists of a number of steps in four phases: Set-up, Check-in, Exam Period and Check-Out.

Essentially, students individually check-in with their professor, provide a view of their space, and get themselves in an “exam ready” position with their phones either face-down or put away.

During exam time, proctors and professors communicate with students via the chat box and announcements. Additionally, they may potentially ask students to share their screens to make sure they do not have online resources pulled up.

Finally, students scan their written work on their phone or through a scanner and submit it to the professor, either one-by-one or as a group.

Buckley emphasized that this system is based on trust because, unlike ProctorU, the surveillance is not so meticulous as to catch every instance of cheating.

“I start from a position of trust with my students that you’re not gonna cheat [and] I’m gonna do everything I need to do to set up an exam that’s fair,” Buckley said. “Outside sources come into it with, ‘Students are going to cheat, and it’s our job to catch every last instance’ … For the majority of students that are doing the right things, that are being honest on the exam, I think it sort of creates a stressful state and honestly, undermines the trust that you’re trying to build with your students as an instructor.”

Although Buckley and her colleagues have made this process widely available, other professors have decided to utilize ProctorU or other surveillance services this semester, or have chosen to forgo surveillance altogether. Some professors are creating take-home or open book exams that require higher-level thinking skills where consulting outside resources would not prove helpful.

For her larger undergraduate classes, she finds it important to monitor how students are doing individually and to prevent coordinated activity between students.

Sambeeta Das, an assistant professor of mechanical engineering, is teaching a graduate-level course this semester and will not use surveillance measures for her exams.

“I don’t want students to feel like I don’t trust them, because these are graduate-level students and at this point, they should be responsible; they should understand the consequences of cheating,” Das said. “‘Because in the end, it doesn’t harm me; it only harms them. And they should realize what is the right or wrong thing to do.”

She emphasized that she also does not want to place needless stress on students given the circumstances of the pandemic.

“And the second thing is also right now a lot of students [have] a lot of stress,” Das said. “Having online classes is very different than they are used to, so I don’t want to have them do any unnecessary work [or to increase] any problems that they are having.”

Students and professors across the country have shared experiences of false cheating allegations, and subsequent zeroes on tests, sparking outrage on social media.

The ProctorU software— even the Review+ version— is harmful and invasive to students. pic.twitter.com/YsqampMZco

Since ProctorU is a private company that bases its model on catching students cheating, it profits off of higher cheating rates.

“They are reporting their own failure rates and cheating rates, and it’s in their best interest to have that number look like it’s high … You set up an exam properly; you set up the tone of your class properly; you should never have rates that are that high,” Buckley said. “That bothers me in some deep down way [that] there’s this commercial entity that is really capitalizing on professors’ fears about cheating … and putting these kids under a lot of undue stress.”

Whether professors decide to use ProctorU or a different method, the ultimate goal is a fair test.

“I think that everybody benefits when they feel that … the exams are offered fairly, and there’s no chance of egregious cheating,” Buckley said.

While professors have the right and responsibility to ensure fair tests, students also encourage professors to acknowledge the limitations and challenges of this semester and to adjust their course as follows.

“This semester is so different,” Abrevaya said. “These proctoring services are not a replacement. What they should be doing is creating an alternative way of accessing student abilities.”

Share
Facebook
Twitter
Pinterest
WhatsApp
Previous articleNCAA Name, Image, and Likeness bill gives college athletes a new sense of hope for compensation
Next article“Dick Johnson is Dead” accepts the inevitability of death while affirming the desire to live life unbound by it