A PhD, MD and JD: A tale of three soon-to-be degrees 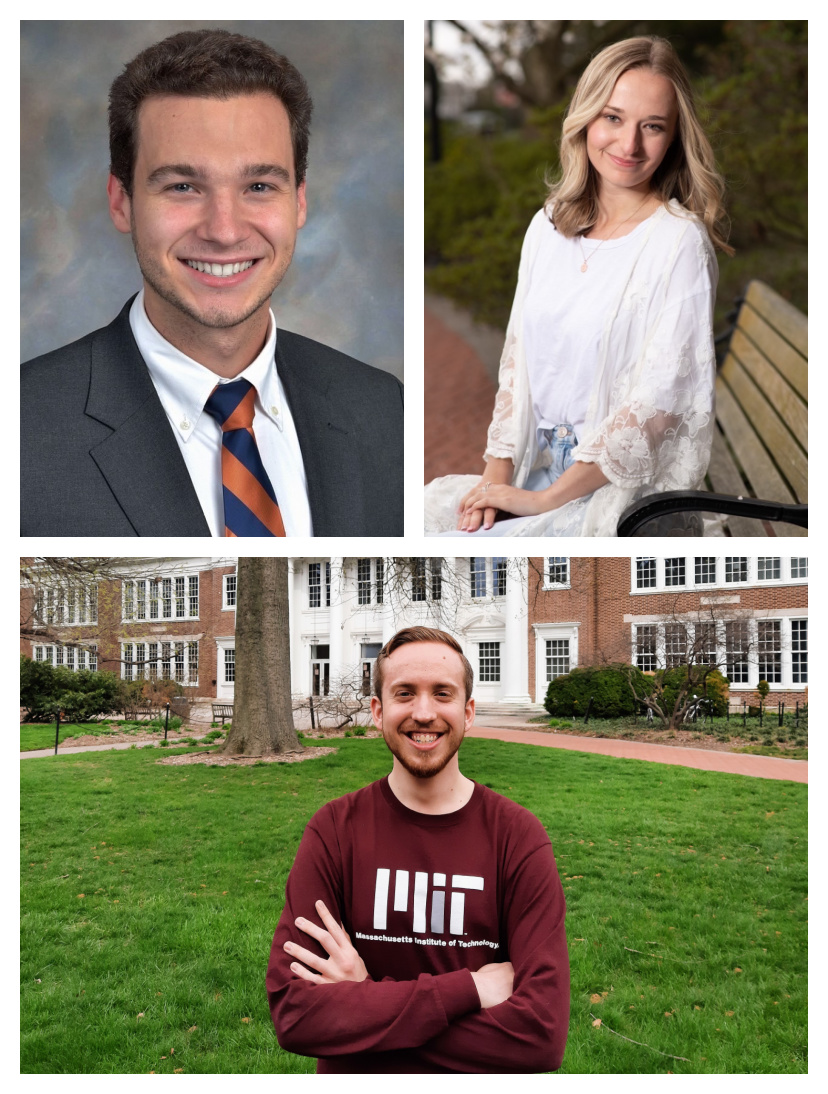 After four years of exams, late nights and morning coffee runs, many students at the university feel they still have not had enough.

Three seniors, Cullen Kisner, Nick Ramirez and Sean Wirt, detail their journeys toward choosing to pursue graduate degrees after their time at the university and the ways in which the university can better prepare its undergraduates for these undertakings.

Kisner, a biology, Spanish and liberal studies major, has extensively immersed herself with the university community as a member and peer mentor for the Blue Hen Leadership Program, a member of Impact Dance Team and a member of both a medical fraternity and social sorority on campus.

Kisner knew from her freshman year that medical school was the path she wanted to head down. The university’s Medical Scholars Program, which provides students with early admission to the Sidney Kimmel Medical College at Thomas Jefferson University, Rowan University School of Osteopathic Medicine or the Philadelphia College of Osteopathic Medicine, gave Kisner the opportunity to commit to medical school early into her college career.

Through the program, she received a formal acceptance from the Sidney Medical College in Philadelphia her junior year.

“That’s definitely been the goal and that was my dream school coming in,” Kisner said. “I really love Philly, and there was never a doubt that I wanted to go there if I was accepted.”

Regarding the thought of entering four more years of school, Kisner is not daunted.

“I’m someone who’s always really liked school, so it’s definitely not as scary,” Kisner said. “It’s scary going to a new place and having to start all over again … but definitely I’m more excited for the challenge. I think I would be bored if I just got a job and didn’t keep on learning.”

Though anxious about the loans, Kisner feels prepared to enter medical school because of her experiences with the Medical Scholars Program and undergraduate research.

“I’ve gotten a lot of opportunities through UD that maybe weren’t directly given to me, but I’ve sought out,” Kisner said.

Moving on from her friends, from Delaware and from the university has been a bittersweet experience for Kisner especially given the effect of COVID-19 on her college experience.

“I feel like I was promised four years and I got jipped a little bit because of the pandemic … but it makes me appreciate more now the opportunities I do have through graduation,” Kisner said. “And going into med school, it’s made me cherish this time before I move on.”

A history major with minors in Spanish and legal studies, Ramirez will be heading to Georgetown Law School next year.

The prospect of law school has left Ramirez with a mix of excitement and exhaustion.

“Now that I’m coming down to the end of my senior year, I am kinda feeling like, “Wow, I have three years of school ahead of me,’” Ramirez said. “It’s kind of like a whole second college experience. As much as I am tired, I think I’m still very much excited to go to law school.”

“Compared to other universities, UD kinda lacks in that department just in the fact that I did my whole application process on my own,” Ramirez said.

He suggested that the university adopt a legal track program to strengthen students’ preparedness for law school.

Wirt, a chemical engineering major, will be making the move from Newark, Delaware to Cambridge, Massachusetts to start a PhD program at the Massachusetts Institute of Technology (MIT).

With his new lease already signed as well as two other chemical engineering majors from his class joining him at MIT, Wirt said making this transition has its “thorns and roses.”

“It can be a little daunting to be in your early twenties and to know that you’re setting aside five, six more years of your life immediately tied to an institution, but it’s just sort of one of those risks that you have to take,” Wirt said.

Wirt is attending graduate school with funding, so he will not have to worry about loans as he enters this next chapter.

“Something that’s not really well discussed with underclassmen in STEM … is the fact that if you pursue a grad school route, they’re typically funded and it’s often not the move to take an offer that’s without funding because you could do better,” Wirt said. “I feel like if that was more widely discussed that would help improve equity and inclusion in getting more people in STEM graduate routes.”

Wirt added that he feels that the university can help students better take the leap to graduate school by providing them with the tools to understand the graduate school application process.

Wirt sought out on his own a program through Princeton University called Pathway to Graduate School that provides students from all over the world with workshops that lead them through the application process. Wirt has discussed with the Honors College implementing such a process at the university that demystifies the graduate school application process.

“It’s a lot harder and a lot weirder than the undergraduate application process,” Wirt said.