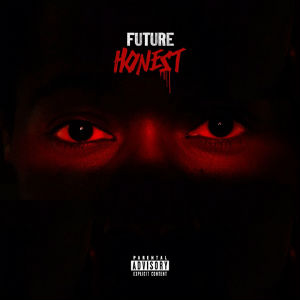 Distinguished auto-tuned vocals paired with a wide range of rap styles melded together can be found on Future’s second studio album. “Honest,” which was released on April 22, shows off the rapper’s ever-evolving style and ability to acclimate to hip-hop culture without blending in entirely. This project is a noticeable step up from his previous album, “Pluto,” released in 2012 even amidst minor blunders.

Future’s strength lies in his use of melodically abstract sounds and auto-tuned crooning vocals. His guest appearance on Rihanna’s track “Loveeeeeee Song” is enough to send shivers up your spine. He has mastered the art of appropriately using auto-tune without sounding too overdone, and that serves him well on “Honest.” He’s certainly not the first to use this aspect as a way to get listeners’ attention. (T-Pain and Lil Wayne are famous for their use of it.) But his voice on “I Be U” and “I’ll Be Yours” (OK, he could’ve tried harder with mixing up the song titles) is smooth and distracting in the best way possible.

While Future sets himself apart in these respects, the quality and content of his lyrics are where the album falters. “T-Shirt,” in an example of thoughtless lyrics, talks about nonsensical topics like “my T-shirt game crazy” and “mo’ money mo’ problems” (not exactly new topics for rap music). “My Momma” also falls into this disappointing pattern and features poor lyrics that take away from the overall experience of the track. A more laughable lyrical choice can be found in “I Won,” which features Kanye West. West has gained a reputation for being shockingly narcissistic, and Future follows suit in this track which talks about how the rappers’ significant others, Kim Kardashian and Ciara, as trophy wives.

With a few minor downfalls, mostly having to do with lazy writing, “Honest” is mostly a strong effort. Future sets forth his own sound while also employing the talents of other artists more seasoned than himself on numerous collaborations (Pharrell Williams, Wiz Khalifa, Lil Wayne and Andre 3000 are among the included artists). Most notably, Drake, who was featured on Future’s hit track “Tony Montana” from his last album, is on one of the album’s best tracks, “Never Satisfied.” If the rapper can move past the sometimes-laughable lyrical flaws, his next album will be an even more refined contribution to the rap world.