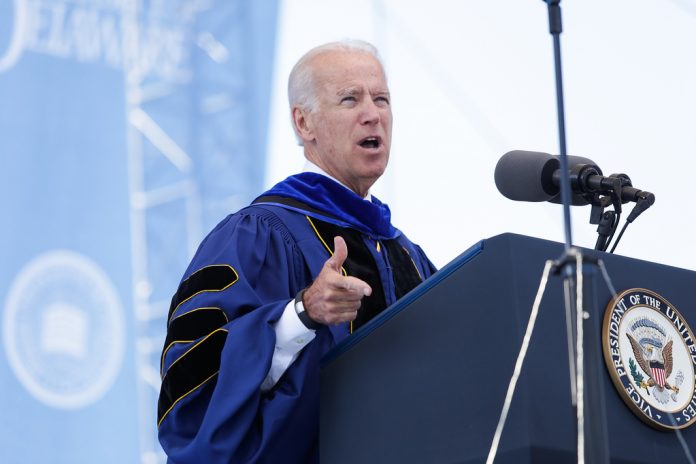 In 1978, newly reelected U.S. Senator Joe Biden gave his first commencement address at the university, his alma mater. As a senator, he gave two more addresses in 1987 and 2004 and then his fourth in 2014 as vice president. This year, he will return to address the graduating seniors once again, but this time, in his role as president.

The university announced Biden as the commencement speaker on April 19. Commencement is scheduled for May 28 at 9:30 a.m., and, according to a university statement, gates could open as early as 6:00 a.m. As of May 12, tickets were sold out.

“The entire University of Delaware community is truly honored to welcome President Biden as our distinguished guest — and the first sitting U.S. president to deliver a Commencement address at UD — to celebrate the excellence and achievement of the Class of 2022,” university President Dennis Assanis said in a UDaily announcement. “His commitment to a lifetime of public service is an inspiring example for our graduates, as well as all our students and alumni, of what they can accomplish with a UD education, whatever path they may choose in life.”

Many graduating students are excited about the opportunity to see a current president speak, but are frustrated with lacking university communication about arrival times and security protocols.

“I’m not thrilled about having to be there super early for security, but I get it,” Riley Calpin, a senior ancient Greek and Roman studies and Latin education double major, said.

Calpin also mentioned that what she has heard has been “word of mouth from students.” Nonetheless, she remains excited.

“I was kind of expecting that he would [speak at commencement], because I had figured he would come the first year of his term he was able to, and with COVID I thought it would be our class,” Calpin said.

Along with concerns about security, the question of politics has also come up in response to the university’s decision to have Biden speak.

“I kind of anticipated that it would be [a political issue], just with the election being so recent,” Calpin said.

According to John West, a junior majoring in political science and Italian and member of College Democrats, “Anytime you have a politician come and give a commencement speech, or really anytime a politician comes and gives a large address, especially at a college, it’s gonna ruffle some feathers.”

West said he understands why people would be upset, but has not personally seen any pushback against the decision.

“A lot of the people that I’ve talked to, even the people that aren’t politically affiliated just think it’s, I mean, for lack of a better way to put it, just really cool that you get to have a sitting president come and talk to them,” West said.

While the university has had former president William Howard Taft speak at the 1918 commencement, Biden is the first sitting president to give an address.

“I think it’s amazing to have political figures, especially when you’re lucky enough to have an alumni be the president, to come give a speech, especially with how tumultuous things in the U.S. have gotten,” West said.

West listed recent points of contention in the U.S., such as the leaked Roe v. Wade decision, worsening race relations and calls for “drastic reform.”

Even among underclassmen such as West, Biden’s appearance at commencement has been a point of excitement.

“I’m a little upset that the current seniors got him and that I’m not going to get to see him next year, more likely than not,” West said “But I think it’s great that he’s coming back to UD.”