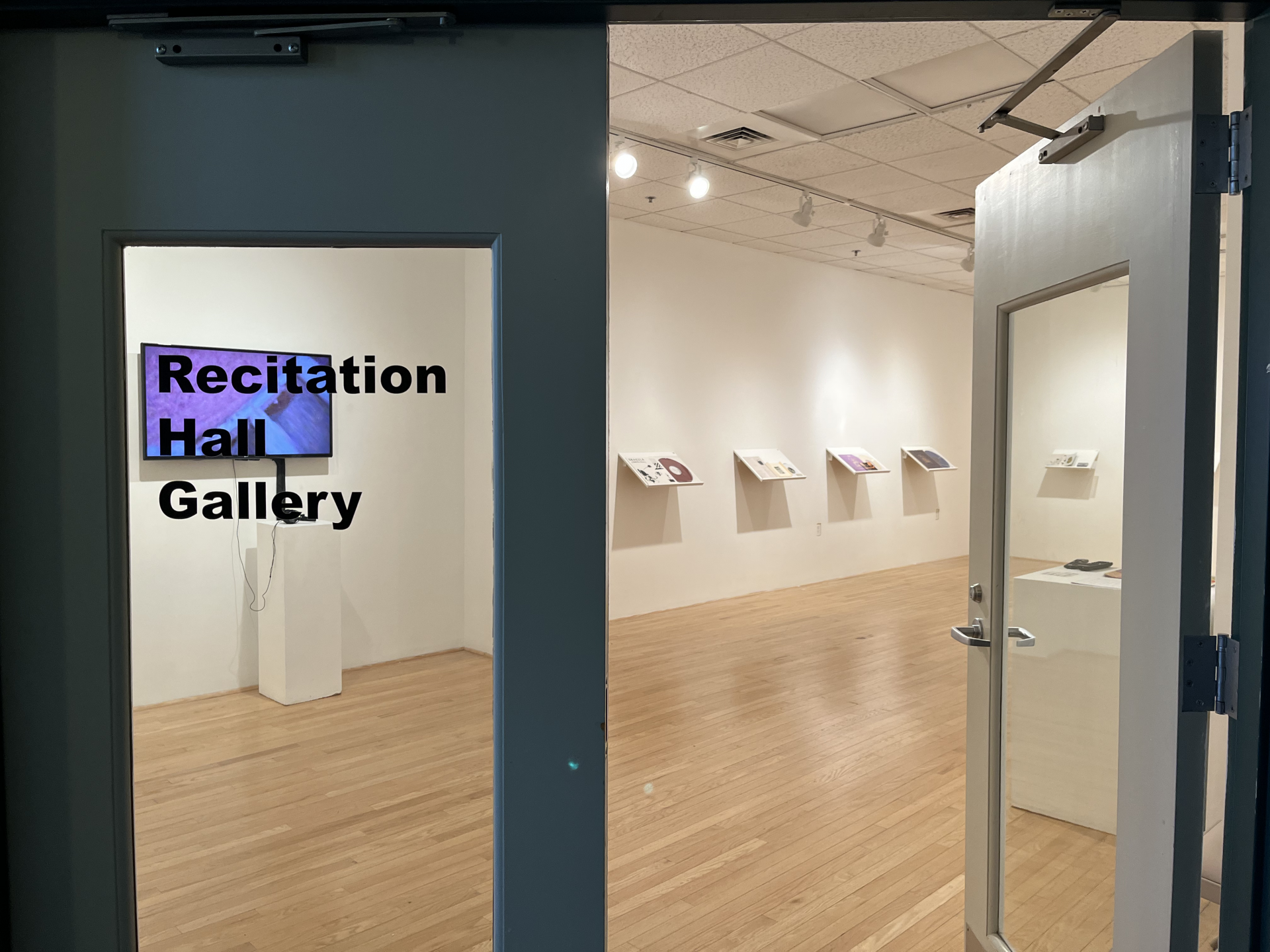 As a student in the College of Earth, Ocean and Environment, unless it is through an extracurricular, I am not frequently consuming art, at least in the traditional sense. I watch Netflix and read a book every now and then, and while that of course is art, going to an art “event” is entirely different. However, having opportunities on campus to go and experience art has been an exciting new experience for me and a circumstance that I believe more students should take advantage of.

From March 21 to March 25, Recitation Hall Gallery hosted a new exhibition by Miami-based artist Emile Milgram called “Catch and Release: Collections for the 181 by Emile Milgrim,” which was a collection of pieces from other lesser-known Miami artists. The exhibition was done in collaboration with an artists collective called The 181, which includes university professor Abby Donovan, at Locust Projects, a non-profit art exhibition space in Florida. These Miami artists came together to design this exhibition in order to showcase their many different printed materials and recordings that represent all the different ways art can be communicated.

On March 23 I made my way over to Recitation Hall, a small building right next to Old College Hall that I had never stepped foot in. Upon entering the doors to the first floor, I was immediately greeted by the entrance to the exhibition. Taking cautious steps, I went through the doors to find, to my relief, a gallery empty of visitors. I picked up a program and began making my way around the room, stopping to view each piece.

Many of the pieces were musical, not in that there was music playing, but in that vinyl records of the artists’ musical works were displayed along with their cover art on the slip for the vinyl and any other art or logos from the musician. All of the art was really eye-catching since it was so colorful and full of detail, and as I looked at these vinyls, I tried to imagine all the work these underground artists put into the display of their music and what their music could even sound like.

Luckily, many of the displays also had QR codes or links on the program to the artists’ Bandcamps or other music platforms. Although I was too shy to play any of their music right then and there for fear of disrespecting the silence of the exhibition, I looked into some of the music after the fact, and it was definitely very unique in that it did not sound like mainstream music.

Other types of media included zines (small, self-published magazines) and books, some that were accompanied by vinyls, and some that stood alone. I was excited to encounter these as well because the program encouraged visitors to pick up and touch these pieces. To me, a student who has never visited a university exhibition before, I was surprised they let viewers touch these zines unsupervised, but I suppose there is a level of trust between an artist and a viewer that I have never known before.

Additionally, there were two TV monitors with headphones attached to them. This idea excited me the most but also made me feel vulnerable. Although I was alone, I felt nervous that someone would walk in and see me standing and staring at a TV screen two feet away from me. After having a glance at the door, I decided to take the leap and fully immerse myself in the art I now found myself surrounded by.

The first monitor featured an assortment of textures and colors that would smoothly transition into each other. When I put the headphones on, I was calmed by synthesized notes and sounds.

The other monitor featured short clips of seemingly random scenes: a crane demolishing a building, a worm crawling across a sidewalk, folks waiting outside for the bus next to a giant sign that said “Real Estate.” The headphones let me hear the sounds of the videos I was viewing, and this made me very uncomfortable. I didn’t know why these videos were being shown to me – it was like a joke I wasn’t in on. However, as a non-art student approaching this gallery I tried to appreciate it as art and not as something that confused me.

Even though I was ultimately grateful that I was able to have the gallery all to myself, I was disappointed not to see more people there. Exhibits like these featuring artists all the way from Florida are special events, and they aren’t things you get to see every day. This showcase specifically was put off from two years ago when the pandemic first started, so the fact that it still occurred so many months later is miraculous.

As an environmental studies major who also loves to be creative, this exhibit did the best thing it could for me, which was to push my artistic boundaries and drive me to be curious about the “why” of the art featured in this exhibition. I definitely enjoyed it and will be checking out more art exhibitions at the university in the future. And if I, an environmental studies major who has never set foot in an art gallery at the university, can enjoy myself as much as I did, I believe other university students should consider visiting these exhibitions too.