Commentary: The downfall of David Dobrik, the Vlog Squad and the consequences of their lifestyle 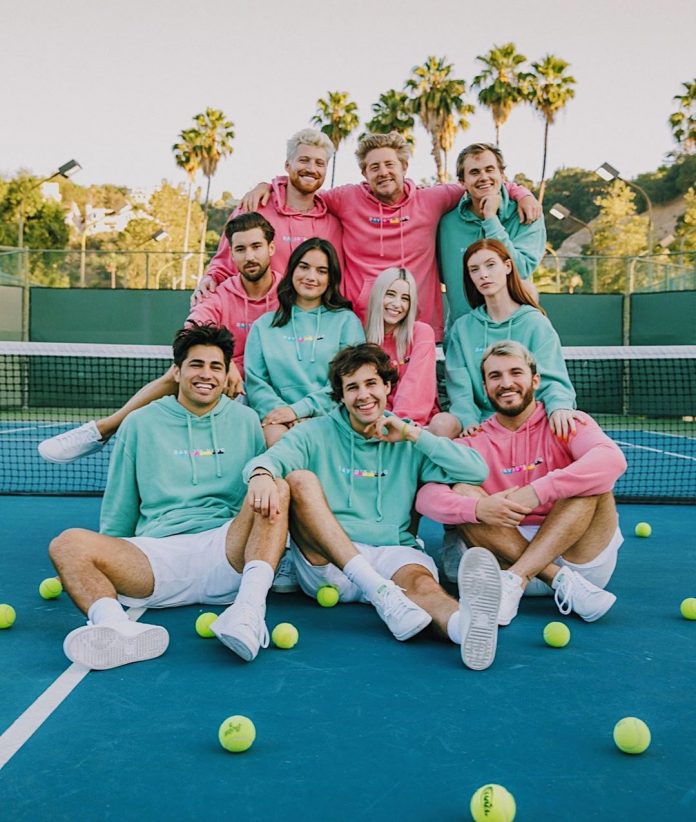 24-year-old YouTuber David Dobrik has become one of the most popular faces on the video-sharing platform in the past few years, having amassed about 18.5 million subscribers. Dobrik has garnered too many sponsorships to count with high-profile companies like Chipotle and SeatGeek.

Having gained notoriety for his “vlog” style videos, Dobrik’s videos perpetuate the glorification of the partying lifestyle often seen in college, within a group where most did not attend college, and all members are older than college age. He eventually transformed his YouTube stardom to real celebrity as he became friends with Kylie Jenner, Josh Peck and John Stamos.

The Wall Street Journal even dubbed Dobrik “Gen Z’s Jimmy Fallon” last March. In his time in the social media spotlight, Dobrik built himself a wholesome reputation as a good guy. Dobrik has won two Kids’ Choice Awards furthering his prominence as a family friendly influencer.

Prior to the COVID-19 pandemic, Dobrik would upload multiple videos to YouTube every week, which garnered millions of views each. Shockingly often, Dobrik would gift his friends with new cars, perpetuating his good guy image. Dobrik made headlines and gained notoriety with many of his videos, as he has featured many different celebrities, or created outrageous content.

Some of Dobrik’s group of friends, also referred to as members of the self-titled “Vlog Squad,” tend to act like stereotypical college students. They drink alcohol and party in excess. They objectify women. They break things when intoxicated, whether it’s furniture, bones or bottles. However, the real concern with this behavior is that every single member of the group has long outgrown the age where such a demeanor is socially acceptable.

The “Vlog Squad” have all become famous in the realm of social media and content creators through their involvement in Dobrik’s videos. Many have gone on to create their own YouTube channels and piggyback off Dobrik for success.

Since Dobrik is the most famous and essentially created their careers, as he never fails to remind them, the imbalance of power within this friend group is abundantly apparent. This power dynamic undoubtedly makes it hard to disagree with Dobrik, no matter how wrong his actions may be.

Dobrik, in contrast to the majority of his friends, does not drink. However, he has said that he always keeps alcohol on hand, as he claims his best content occurs when his friends are intoxicated. This comment errs on the side of manipulation and speaks to Dobrik’s true character, and not just the image he allows the public to see.

Dobrik’s videos romanticize excessive drinking, violent behavior and, unbeknownst to many, misogyny and allegedly, sexual assault. These are all behaviors which college social scenes can perpetuate, further likening Dobrik’s group to immature college students, without the college aspect. This inadvertently makes many of his millions of viewers want to replicate the same problematic and immature behavior. Recently, the Vlog Squad has come under fire for a handful of different misconduct allegations.

An accusation that has come to light is that Dobrik’s friend and a main “character” within the vlogs, Dom Zeglaitis or “Durte Dom,” allegedly sexually assaulted a fan in 2019. Dobrik had recorded parts of the interaction and posted it in one of his vlogs.

The fan accusing Zeglaitis is going by the alias of Hannah and recently did an in-depth interview with reporter Kat Tenbarge at Insider about her alleged assault. According to her, Zeglaitis allegedly raped her while she was too intoxicated to function.

According to the article, accounts from eye witnesses and video evidence, Dobrik was entirely complacent in the alleged sexual assault and even instructed members of the Vlog Squad to buy alcohol in order to loosen the girls up and give him better content for his vlogs.

Trisha Paytas, YouTuber of over a decade, was there the night of this interaction and is cited within the article as a witness. Paytas was at the apartment where the alleged assault happened, earlier in the night, because her ex-boyfriend is Jason Nash, Dobrik’s right-hand man.

Paytas has come forward with a multitude of stories of her own about her treatment during her time with the Vlog Squad. Prior to the publication of Tenbarge’s article, Dobrik’s lawyers tried to discredit and threaten Paytas because of her struggles with mental health. Then, once the victim corroborated Paytas’ story, Dobrik made a YouTube video where he issued an apology to, Hannah and Paytas.

This interaction clearly shows that all Dobrik ever cared about was his image rather than doing the right thing. He had no problem attacking Paytas for her mental health before the true story became mainstream knowledge.

His apology came far too late considering that the victim, Hannah, reached out to Zeglaitis in 2019 asking for the video, which had already been viewed five million times, to be taken down. They had known about this situation for a long time and did not make a statement until the day the Insider article was published.

Dobrik made Hannah’s alleged sexual assault into content for his vlogs and then only issued an apology when he saw his career suffering due to a loss of sponsors.

Jason Nash is a 47-year-old man who relies on Dobrik and his vlogs for income. His lack of maturity as well as sound decision making are clearly shown through his relationships with and involvement in the Vlog Squad. Everyone else involved are almost half his age, and the behavior they exhibit shows not a touch of sophistication.

Nash has also been accused of sexual assault but this time, by a former member of the Vlog Squad, Seth Francois. In a prank curated for and posted in one of Dobrik’s vlogs, Nash and Dobrik tricked Francois into kissing Nash.

Originally, the pair told Francois that he would be kissing Corinna Kopf, a member of the Vlog Squad at the time, with a mask of an elderly person on for a bit. Francois consented to this because Kopf fit his sexual orientation, and it was something he was comfortable with. However, Francois was tricked into kissing a middle-aged man, an act which was reportedly not consensual.

After what they viewed as a harmless prank, Dobrik and Nash took to their podcast, “Views with David Dobrik and Jason Nash” to discuss the matter.

“His friends are probably going to chew him out for that for the next three, five, years of his life,” Dobrik says. “Seth’s from Compton; it’s literally the perfect setup — a guy from Compton made to make out with another old man.”

It is clear that there were malicious intentions behind this prank that stemmed from homophobic and racist ideals. They detailed that since Francois comes from an area where homosexuality is not exactly accepted, he would make the perfect victim for this “prank.” The fact that neither Nash, a fully grown man, nor Dobrik saw any issue with this prank and decided to discuss it on their podcast afterwards, shows that their ideas of right and wrong are severely warped.

The Vlog Squad is quite obviously very problematic; its members will clearly stop at nothing to get content, and it doesn’t matter who or what stands in their path. The behavior displayed in Dobrik’s vlogs mirrors that of collegiate social groups without the social acceptance of the immaturity that comes along with involvement in such organizations. Dobrik and the Vlog Squad do not deserve a platform and many viewers are making that a reality.

Mia Gallo is the Associate Mosaic Editor for The Review. Her opinions are her own and do not represent the majority opinion of The Review’s editorial staff. She may be reached at miagallo@udel.edu.