Commentary: Why The Crew’s DJ Showcase was so poorly attended 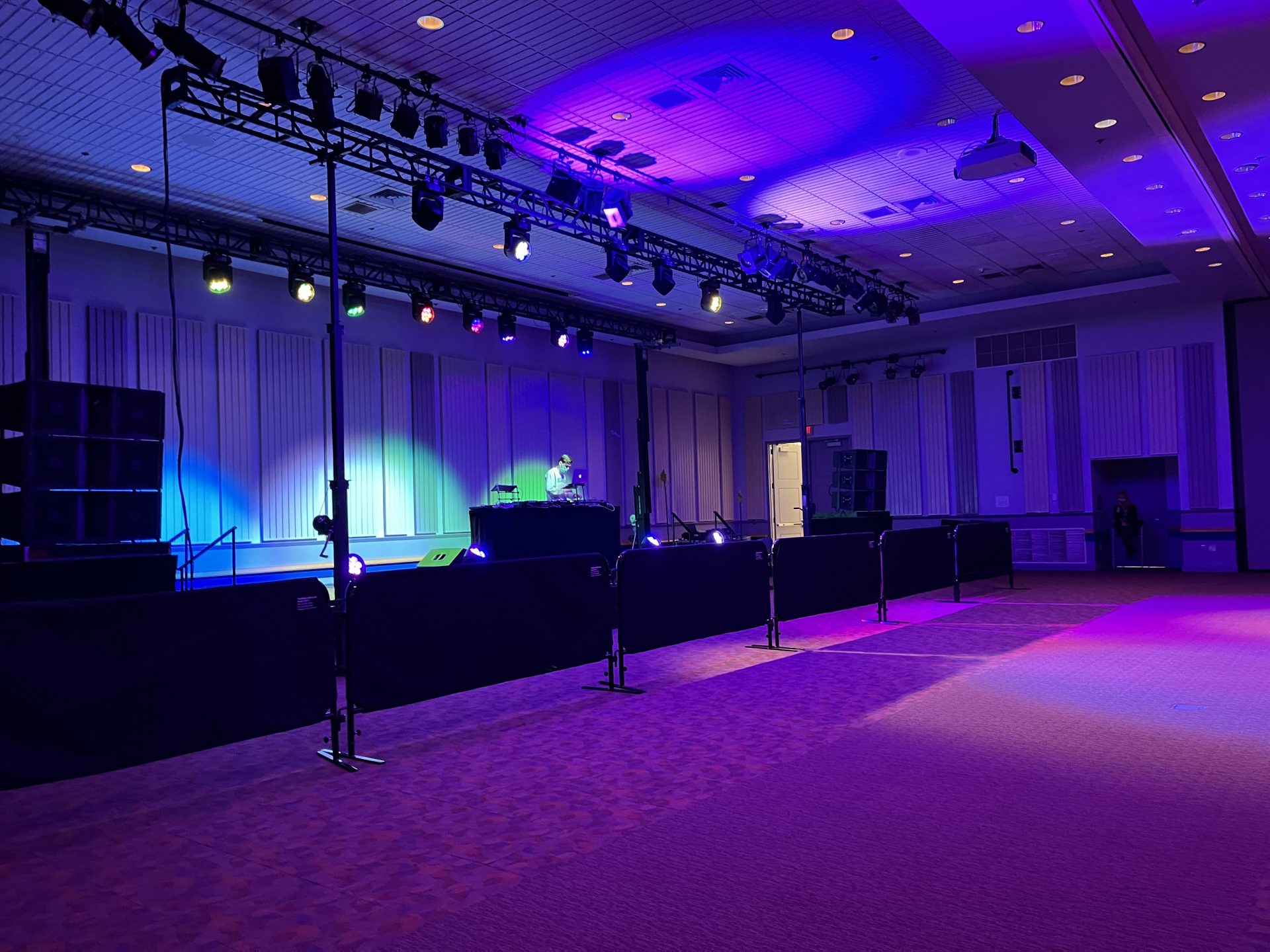 What do you like to do on a Saturday night? Do you look online for university-sponsored events or RSO events hosted on campus, or do you opt to go to a friend’s house? Based on the turnout at recent events by programming boards at the university, the latter may be more likely.

On Feb. 26 from 9 p.m. to 1 a.m., The Crew, the university’s programming board, held a DJ Showcase event as a part of Trabant Now, a weekly series on Saturday nights in Trabant University Center featuring everything from keynote speakers to concerts. The event was meant to showcase the work of three student DJs at the university, as well as provide a light show and a night of dancing for attendees. Tickets were originally $3 for students and $5 for the general public.

The event was organized by Joshua Moreira, a senior marketing and international business double major and director of music for The Crew.

One of the student performers was Trevor Duffy, a junior entrepreneurship major. Duffy has been DJing for eight years and often performs events at Deer Park Tavern and Klondike Kate’s. In his years as a DJ, he has developed his own personal style based on many genres.

“I’ve done EDM, I’ve done rap, I’ve done R&B, I’ve done Latin music,” Duffy said. “But I work in everything, so when I say ‘my style,’ I say ‘open format.’ So open format is more just everything. If you can think about it, I’ll play it.”

Although Chad Haiges, a sophomore computer science major, has fewer years of experience than Duffy, his interest in DJing is still as strong. Haiges, another performer at the event, has been DJing for four years, mostly focusing on different “house” styles of DJing including deep house and tech house. While Haiges expressed that his DJing is more of a hobby than a career as of now, he still focuses on his image as an artist.

“I’m trying to figure out getting an actual, like, artist’s debut ready because I’ve always just been releasing stuff on my personal SoundCloud account since, like, eighth grade,” Haiges said. “But yeah, I guess [my goal is to] clean that up and present myself as an artist a little bit more.”

The third student performer was Trowl, a senior computer science major. As a DJ, Trowl has learned how to use other’s music in his craft but has also released music of his own. With over 500 monthly listeners on Spotify and almost one thousand followers on Instagram, Trowl’s original pieces have gained some popularity. Learning how to produce his own music was actually a recent undertaking, a task he began pursuing around the spring semester of 2020.

“I took a class [at the university], actually, that taught me some techniques, which was really cool,” Trowl said. “So now I make my own stuff, I release my own stuff, play my own stuff. It definitely makes the performance a lot more memorable, and people are like ‘Oh, this is his music.’”

Before the event, I was expecting something of a party, with dancing, yelling and an overall enthusiasm for the DJs performing for students. Moreira also had high expectations for the event, as it had been something he was intent on bringing to life ever since he joined The Crew.

“Through growing in my position and becoming the Director of Music I definitely had the thought process, even since I was a freshman, that I wanted to host an event like this on campus,” Moreira said. “Especially, it’s really nice for DJs to have more connections, and just meet each other, and it grows them musically, too.”

However, the actual unfolding of the event was quite different than my expectations. While I anticipated there being at least a moderate student turnout, that was not the case. At the start time of the event, there were about three students present. After that, small groups of students would enter, see that there was almost no one there and then leave shortly after.

The unease of The Crew staff over their low turnout was at first apparent, but after a while they seemed to accept their fate. They began to not charge students for tickets due to such low attendance. Haiges commented that he still had a good time because he always loves “playing music, especially if it’s like loud and on a stage,” but I can imagine there’s still some discomfort in DJing to a nearly-empty room

As for the few students who did attend the event, their desire to come was partially pandemic-related. Shree Raja, a senior medical diagnostics major, expressed this sentiment.

“I thought it’d be a nice opportunity to just get out of the house,” Raja said. “Especially now, after two years of a pandemic, there’s like a little bit more free regulations, so I thought it’d be nice to just hang out and just have fun.”

As the event went on, other attendees who came expressed their discomfort with the event turnout as well. Joe Doherty, a freshman environmental engineering major, explained his feelings about the event.

“I think if there were more people here it would be a good time, just right now it’s not, no one really came right now,” Doherty said.

While the low turnout was surely disappointing for The Crew, the issue may be something simply out of their control. Cara White, assistant director of student involvement, remarked that the COVID-19 pandemic and the subsequent hiatus of in-person events is the cause for students not attending Trabant Now events.

“There has been a lack of attendance or drop, I would say a decrease in attendance since we’ve returned,” White said. “I think some of that is related to the students being reacquainted to what programs are like. Like, we haven’t had a Trabant Now in two years, and so a lot of students don’t know what Trabant Now is, but they are actually missing out on the opportunities to do some fun stuff.”

The Review has covered successful and fun Trabant Now events in the past, such as the sold out Chance the Rapper concert in 2016 or the musical Battle of the Bands event in 2016. However, due to the COVID-19 disconnect of students, most of whom have had an online college experience for a substantial part of their college years, a Trabant Now event may be struggling with levels of attendance. Moreira expressed that the lack of information for these students regarding campus offerings such as Trabant Now and Perkins Live has been a cause for concern.

“I think not a lot of people really know what’s going on in the school, and basically, the school has run as if the pandemic hadn’t even happened,” Moreira said. “Like we went right back into things with events being promoted as normal, as if we had had the students on campus for the past two years.”

Regardless of students’ current awareness level of on-campus events, the detachment caused by the pandemic appears to have seriously harmed The Crew’s event attendance levels. White agreed and hopes that many students will “see this article and can learn about a [Crew] program.”

As a reporter, attending this event was extremely awkward. The angle for my event coverage was shifting in my head as the event dragged on even though I didn’t want it to. As much as I wanted to write an article about a successful event, this was not one. As a student who was never on campus before the pandemic, I didn’t experience any Trabant Now’s, and like many students, I didn’t even know they existed.

In my opinion, the fact that this event took place on a Saturday night and that the publicity for the event was virtually non-existent led to poor attendance. This isn’t something I hold against the event organizers – it’s just something I think they need to work on if they want people to attend their events.