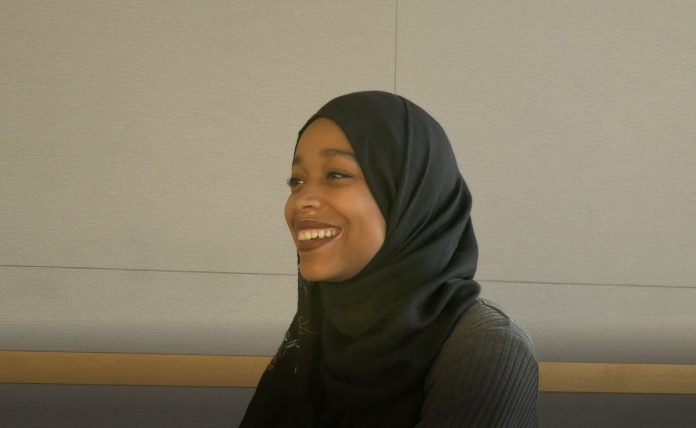 On May 12, the Delaware Education Committee released House Bill 163 — relating to school absences for observance of a religious holiday — led by Democratic representative from District 26, Madinah Wilson-Anton.

The bill requires schools to excuse a pupil’s absence for celebration of a religious holiday and further requires districts and charters to have a policy discouraging teachers from scheduling tests, presentation and other evaluative components on these days. A pupil who does miss a grading event must be allowed to make up the test or otherwise recover credit.

“One of my constituents reached out to me before Ramadan started and asked me, what’s the policy for attendance and religious holidays,” Wilson-Anton said. “I was like that’s a good question, let me ask.”

After multiple phone calls to various departments, Wilson-Anton found out that there was no universal policy for all districts regarding religious holidays, prompting her to devise a bill for students to be able to celebrate their faith without having to worry about academic deadlines.

Wilson-Anton reflected on her own experience as a Muslim student and having to go to school on Islamic holidays due to a test or an exam.

“I remember not being happy about that, and it was difficult,” Wilson-Anton said. “So that made me think, okay well, how can we alleviate that issue for students moving forward and make it a system that’s easy to understand for parents, for families, students and teachers, and set up a precedent for a more inclusive environment for everyone.”

The virtual hearing held on May 12 was attended by several university students who spoke in support of the bill by sharing their own thoughts and experiences.

According to Nada Abuasi, a junior criminal justice and political science major, there is a double standard in America where certain monotheistic religions like Christianity and Judaism are given precedent when it comes to holidays, while other communities don’t have that privilege.

“As a student, I wasn’t able to actually celebrate Eid; I had to show up to classes,” Abuasi said. “I had the opportunity to take off of school, but the idea is that without a firmly established religious holiday in which everyone sort of gets off, like Christmas, I am forced to do the extra work; I am forced to go the extra mile, and that is a double standard for a lot of Muslim-Americans who have been U.S. citizens for a very long time.”

Abuasi feels that this bill corrects the double standard and is necessary to create an inclusive environment on campus.

“One of my final exams and a final presentation were scheduled on the day of Eid, and so I emailed my professors that I won’t be able to remain present in class on that day,” Samra Arshad, a sophomore neuroscience major, said. “Both of my professors understood the cause and gave me an extension.”

While the bill has now been passed by both the Delaware House of Representatives and Delaware Senate, it was met with some opposition, especially from the Republican representative from District 41, Richard Collins. Collins said that the bill was “anti-religious,” and made a controversial comment on how it could allow satanists to celebrate their holiday.

“How is it anti-religious? Is it anti-religious to Christinaity? Because the only days we get off is for Christianity. We don’t get off for any Jewish or Hindu holidays,” Mansoori said. “Why would he compare Islam to Satanism, it was very offensive. But again, America is a secular country, and while I don’t personally agree with Satanism, Satanists should be allowed to celebrate.”

Wilson-Anton said that she was not surprised by Collins’ questions or uneasiness with the bill, and that the committee hearing process is for people to bring forth their ideas and comments to think about various issues.

According to Wilson-Anton, her team is also trying to incorporate cultural holidays along with religious holidays because they are equally important. However, with people from different cultures and faiths living in America, the number of these holidays is quite high and it would be difficult to provide a day off for each one of them.

“We’re not saying teachers have to work their whole schedule around every single holiday, because that would be difficult,” Wilson-Anton said. “We are trying to make sure that they are aware of the diversity that’s within our classrooms and students who choose to miss certain days because of religious holidays aren’t at a disadvantage because of that.”

The bill has now been presented to Governor John Carney for his signature or veto.

Editor’s note: Yusra Asif graduated as part of the class of 2021. She began working on this article when she was still a student at the university and Associate News Editor at The Review.