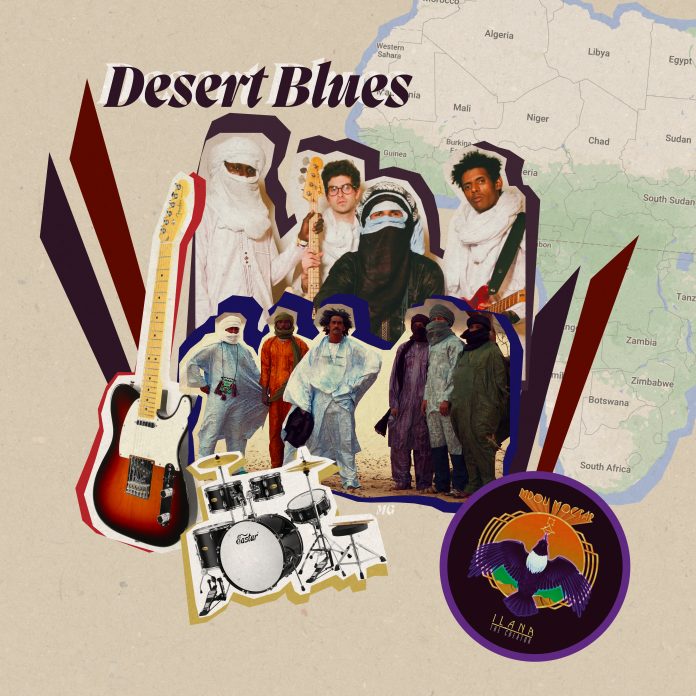 Rock ‘n’ roll has always been a staple in the Western world and remains one of the most listened to genres in the world.

But the 2010s saw the decline of fuzzy-sounding guitars and pounding drums in favor of rolling triplet hi-hats, massive sub bass and synthesized leads. Hip-hop became, and still is, the dominant genre of the decade, even spreading out of its point of origin in the United States. Suffice to say, rock’s influence and popularity has been waning in the past years and continues to decline to this day. But rock isn’t dead. In fact, its legacy continues on in the most unlikely place on Earth: the Sahara Desert.

Tishoumaren (known as Desert blues outside of Africa) is a genre that consists of traditional hymns from nomadic Berber tribes infused with Western blues and rock music. The genre’s roots are primarily found in the Maghreb (North Africa) and Sub-Saharan regions of Africa, mainly in the countries of Mali, Niger, Libya, Western Sahara, Algeria and Burkina Faso. Although this genre has been around since the mid-20th century, it has recently garnered some international attention. Some groups have not only been nominated for a Grammy— a few of them have even won one as well.

As such, it may seem enticing to listen to some desert blues and rightly so! Though the lyrics can be a turn off for many casual listeners as most, if not all, of the bands speak either a Tuareg language or Arabic, the intonation of the lyrics are full of emotion and are even catchy despite the language barrier.

When talking about Tishoumaren, a quintessential band that can be argued as bringing the movement to life is the Tuareg group Tinariwen. Coming together in 1979, this band formed under peculiar circumstances, as some members were either refugees fleeing from war or were part of Muammar al-Gaddafi’s army. Despite this, they all met each other and united under their love of music. From 1979 to 2011, the group would release many albums and extended plays that would gain small international attention, until they released their masterpiece, “Tassili.”

Though more traditional than the rest of their contemporaries, this album was crucial in acting as a gateway for international listeners interested in the genre due to its accessibility and reach, even winning the Grammy award for Best Global music Album. Moreover, “Tassili” is a good entry as its traditional rhythms are easy to listen to and not overbearing at all — the rock influences are minimal and are used sparingly. This allows for the listener to become immersed in the African and Arab rhythms and lyrics, giving them a great introduction into African music, while still being enticed to listen due to the familiarity and blend of Western rock music.

On the opposite end of the spectrum is Mdou Moctar’s album, “Ilana (The Creator).” Although it is more closely aligned with American rock, it still adds many flavors of nomadic Berber music and even Jimi Hendrix-style psychedelic sounds. This album will be easiest to get into for casual listeners as it is reminiscent of 60s psychedelic rock and of the classic rock sound. Additionally, the North African rhythms and instruments found in Tinariwen are instead replaced with guitars, bass and a drum set that are combined with psychedelic effects that allow them to stand apart from their contemporaries. This album is a great introduction for listeners who are not familiar with the genre of desert blues while simultaneously pushing the boundaries of what is considered traditional Berber music.

Listening to bands and artists from other corners of the globe is imperative for not only expanding one’s taste, but also to broaden the horizons for old and new genres. Though it may seem rock’s limelight is over, its influence and evolution can be readily seen in Northwest Africa.