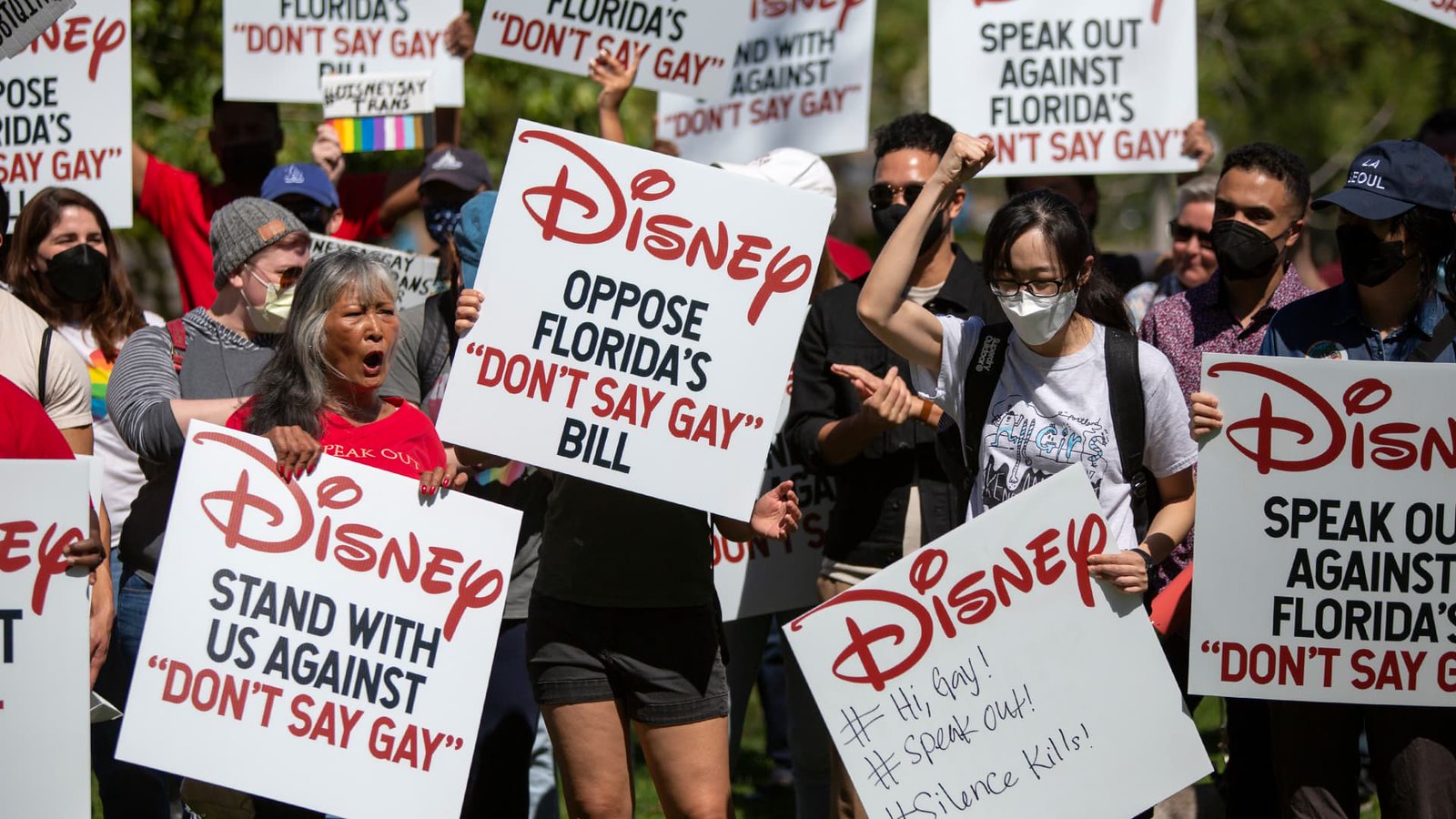 Disney has been at the forefront of conservative backlash following its public opposition to Florida’s proposed “Don’t Say Gay” bill, which states that schools in Florida will ban teaching LGBTQ history and issues in primary schools so long as it is deemed as “not age-appropriate” content.

“Florida’s HB 1557, also known as the ‘Don’t Say Gay’ bill, should never have passed and should never have been signed into law,” Disney wrote in a statement. “Our goal as a company is for this law to be repealed by the legislature or struck down in the courts, and we remain committed to supporting the national and state organizations working to achieve that. We are dedicated to standing up for the rights and safety of LGBTQ members of the Disney family, as well as the LGBTQ community in Florida and across the country.”

Disney opposing this bill may come as a surprise for many as they have a long history of lacking inclusivity. For instance, Princess Tiana became the first Black Disney princess in 2009, and was portrayed as a frog for most of the movie. Of course, “Mulan” and “Pocahontas” have been around for a while, but their stories were warped by harmful stereotypes.

Recently, however, Disney has begun taking its inclusivity and diversity much more seriously. It has begun introducing movies that depict families who aren’t portrayed in movies very often. “Coco” and “Encanto” are more recent examples of Disney’s representation of Hispanic and Latinx people on the big screen.

Still, in recent years, Disney has been criticized for the lack of representation of LGBTQ characters in its movies and has yet to have any openly LGBTQ character as a lead role.

Before Disney spoke against this bill, the writers of Pixar’s latest movie, “Turning Red,” said that Disney and Pixar Animation Studios had cut large portions of the film, specifically parts that featured a lesbian storyline. One of the female main characters alluded to having a crush on another girl, but almost every part indicating that she had the crush was cut.

Disney’s open opposition to this bill is somewhat shocking because many other big film corporations are remaining silent. Its statement was actually released after Disney’s spokesperson received heat for not speaking sooner and workers began protesting against the company. Other big media conglomerates, like WarnerMedia’s CEO, commented on this bill being anti-business.

Some have an issue with Disney not doing enough to stand against the bill. While the Disney corporation is investing in an ad that protests the bill, I still would agree that it could do much more as a major media company. It could use its money to back lobbyists and other government-level advocacy programs. Most importantly, Disney should vow to include more LGBTQ issues and stories within films.

With a net worth of approximately $100 billion, Disney could use just a small portion to help so many people. It could donate money to advocacy programs for schools and help support political candidates who stand for the beliefs that they claim to uphold.

Disney being one of the only big media companies to speak out, especially when a large portion of the company is based in Florida, is a big step for its inclusivity efforts. The company has been known to lack representation of LGBTQ issues, so this is surely a stepping stone, but advocacy for the LGBTQ community should not stop here.

A person or company can not be taken seriously when it comes to being inclusive if it stays silent when oppressive laws are being passed. Some may say it’s performative, but in reality, Disney has a large presence in the media and can influence many, so whatever their reasoning, the message it is putting forth is the right one.

Disney has the eyes of the country on it at all times, so it is only right that it publicly and vehemently opposes human rights violations. Disney is taking a large step in the right direction but has so many more opportunities ahead of it to enhance diversity and inclusion.