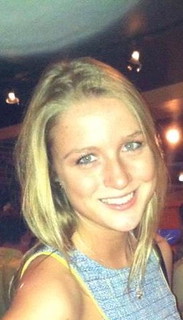 It seems like just yesterday that I was sitting at my kitchen table, drinking wine from a straw (because how else am I supposed to type and drink at the same time?) and writing my first Everyday Runway article about denim. That was a year and a half ago. Now it’s my last week at Delaware, my last article of the semester and my last article for The Review, but I’m still drinking wine from a straw because bringing it full circle only seemed appropriate.

It’s been a fast year, from studying abroad in January to a summer in New York to finishing up my last full week of class in Delaware. I blinked and it’s all over, just like the year 2014. So what could be a more perfect subject than the best fashion in 2014?

The real question is where to begin? There were so many jaw-dropping and awe-inspiring moments this year, from Lupita Nyong’o looking like Cinderella at the Oscars to the Gosbaby being born to Kim Kardashian breaking the Internet with her spread in Paper Magazine. While my heart is still broken from Ryan Gosling cheating on me and wishing my donk was half the size of Kim’s, let’s get down to the best in fashion this year, starting with sneakers.

Who was Cara Delevingne before this January? Personally, I don’t know, but now I’m obsessed; her eyebrows—obsessed; her British accent—obsessed; her tattoo of the word “bacon”—obsessed. While I’m always interested in fashion week, whether it’s in Paris, New York or London—having been in Paris for all of the men’s wear fashion shows, my ear was to the ground once women’s wear started flooding my Instagram, Facebook and Twitter. While Chanel is always a favorite, this year was exceptional: wedding gowns and couture sneakers, led down the runway by no other than Cara Delevingne. Like “Pitch Perfect’s” Fat Amy says, “Genius.” Ever since then, I’ve had major FOMO (fear of missing out) as editors like Teen Vogue’s Amy Astley post pictures on Instagram showcasing her Chanel sneakers.

So while I continue to dream about the day when I’m Instagramming pictures of Chanel sneakers on my feet, let’s move on to Moschino, who has made fast food couture chic. Their McDonald’s Happy Meal purses and small fry iPhone case had me wishing the luxury retailer had a drive-thru of their own. They semi-recently released a line of Barbie-inspired pieces, and on top of that, they continue to kill it with their witty graphic T-shirts.

While designers continued to capture the spotlight with their incredibly avant-garde pieces, one trend that stuck out this year was the oversized, chunky everything. And now that we are transitioning into winter, this trend has never been more prevalent. I know some people make fun of turtlenecks, and I have been known to rail against their existence, but something has changed. It is said that your taste buds change every seven years. Perhaps the same can be said for one’s taste in fashion, because now all I want is the chunkiest, most oversized turtleneck you can find.

Though there were other notable trends for 2014, it’s time to say goodbye to both the year and, for now, to my readers. I expect 2015 to be run by models Kendall Jenner, Gigi Hadid, Karlie Kloss and Cara Delevingne, strutting down the runway in shades of yellow, 70s-inspired clothing, military-esque garb, polka dots and simply draping clothes in cooler tones. I hope I have been able to help you avoid a fashion faux pas or two, but until we meet again, don’t be afraid to fall off the runway, Delaware.

The views reflected in this column do not necessarily represent those of The Review.