Folie Made: The story of a student run business 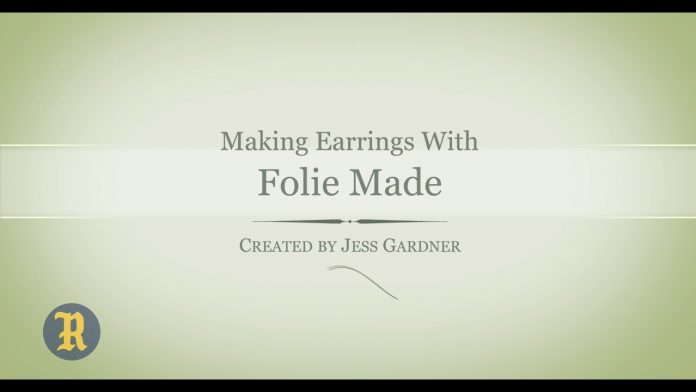 Limitations have the ability to inspire creativity. Students Emma Kremer and Kelly McGlone proved this to be true when they decided to try their hands at entrepreneurship and began brainstorming the business that is now known as Folie Made in March 2020. With the cancellation of events and their internships, Kremerand McGlone realized that creating Folie Made could be the perfect opportunity to get hands-on experience in marketing.

Folie Made is a small business that sells handmade polymer clay earrings. It is run entirely by Kremer and McGlone and has seen a lot of success since nearly a year ago when it first launched in May 2020. The business has progressed from an Etsy shop to an online store and has been able to grow due to its social media presence and because of McGlone and Kremer’s hard work.

“When we started, our first launch had 30 pairs of earrings, I think, which at the time seemed like so many, but now we’ve sold almost 650 pairs,” McGlone says.

The growth of the brand is impressive considering its startup and success in the middle of the COVID-19 recession, the worst economic crisis the country has faced since the Great Depression. McGlone and Kremer agreed that starting a business during this time had its pros and cons. One key benefit was having more time to put into research and building up Folie Made, especially in the beginning when the business was still just an idea. However, having to meet virtually instead of in person was a challenge.

“I’m from Pennsylvania; Emma’s from New Jersey,” McGlone says. “So, we live three hours away. We were both at home with our families, so obviously, we weren’t traveling to each other all the time, we had to stay safe.”

On top of the challenges the pandemic created, McGlone and Kremer also faced the typical learning curve of entrepreneurship and personal finance in order to keep their business on its path to success. Some of the most important things they learned included having a separate bank account for their business and using low cost materials. In fact, it only cost McGlone and Kremer $200 to start up Folie Made.

“We’re both totally new to entrepreneurship and startups,” Kremer says. “We had never done anything like this before, so it’s mostly been a learning process. It definitely took a lot of research.”

McGlone and Kremer also revealed that they have not paid themselves, since all their money from the business is in the Folie Made bank account. Instead, they prefer to recycle the money and put more back into the business. Eventually, the business owners’ hard work will, literally, pay off after their graduation.

“It’s gonna be nice at the end of senior year; we’re just gonna each get a couple thousand bucks,” McGlone says.

Having learned about media in their classes and having personal experience using social media, McGlone and Kremer took to building their business. Now, almost a year after startup, @Foliemade has over 1,100 followers on Instagram and is continuing to grow. The girls started building their business’s Instagram by following their friends and networking through their business fraternity. Their followers would then create a post on their Instagram stories when they purchased from Folie Made and the following grew from there. McGlone and Kremer also have a variety of ways that they interact with their followers through social media, from frequently posting to creating giveaways.

“One really successful thing is we do giveaways, and people love free stuff; so, we’ve gotten a lot of new customers and followers through that,” McGlone says.

Currently, McGlone and Kremer have been building up Folie Made’s Instagram following through collaboration. The brand recently donated to UDance and have joined forces with some micro-influencers.

“We’ve got to work with some micro-influencers, I would say, like people who are starting up, and they’ve definitely brought us some followers,” Kremer says.

The next step in taking Folie Made to the next level was creating a website for the brand as opposed to only having a shop on Etsy. The website, foliemade.com, includes features like a link to the @foliemade Instagram, an “About Us” section, and a selection of products for purchase. The online store also creates a simple and delicate aesthetic for the brand through a trendy color scheme and earthy logos.

“We really wanted to form a brand and that was more possible with the website,” McGlone says.

One of Folie Made’s bestsellers is their opal moon earrings, which quickly sold out on their website. The newest launch of earrings, which include brass detailing and a new watercolor technique, have also seen a lot of success.

When it comes to product pricing, McGlone and Kremer agreed that it was difficult to determine the prices for their earrings and ended up underselling their work. As the pair are able to put more money into their business and production of the earrings, the earrings have increased in price. The prices for earrings listed on the website now range from $20 to $22.

Through its unique products, social media advertising and website branding Folie Made has become a very successful business. Kremer and McGlone attribute much of the business’s success to their close friendship. The business’s name Folie Made comes from the french word Folie because the two girls met in a French class their freshman year of college. Starting the small business together and having each other to bounce ideas off of helped eliminate some of the initial doubt that may have been felt if either had started a business on her own.

“We’re a lot alike in a lot of ways, but we also push each other to work really hard and we complement each other’s skills well,” Kremer says. “So, I think that there wasn’t as much doubt because you had someone to ask your questions to.”

When asked about giving advice on their success McGlone and Kremer encouraged other students who may be interested in starting a business to not shy away from starting a business with someone they trust and to look into the resources on campus such as professors with experience in business or entrepreneurship clubs. However, some of the best advice they gave was to go for it and not let apprehensions get in the way.

“If you think that it’s something that could be successful and something that other people are going to be interested in, then 100 percent do it,” Kremer says. “Put the research in, put the work in, but if you are passionate about something, then definitely follow through with it.”